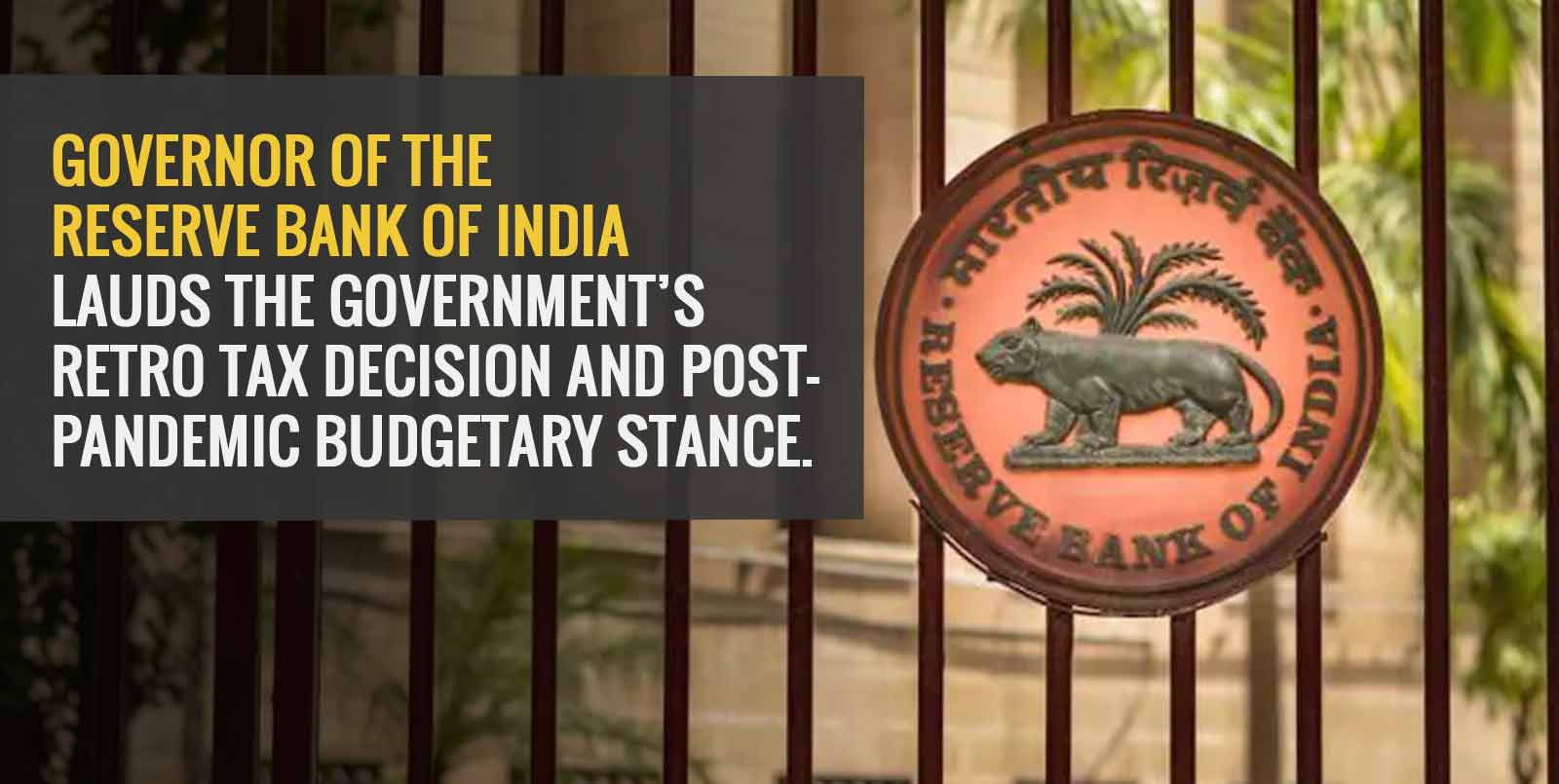 The government introduced a bill in the Lok Sabha on Thursday to cancel all back tax demands against businesses, and to restore nearly rupees eight thousand crore accumulated to implement such taxes. “This has been a long-pending issue,” Das told reporters during the annual post-policy conference call. “It is a very positive step, it’s a timely one, and it is clearly a welcome measure,” Das said.

Meanwhile, Das, who was appointed to the role following the abrupt retirement of Urjit Patel in 2018, praised the government’s budgetary strategy to steer the economy out of the pandemic’s repercussions. “I believe the government’s fiscal reaction has been cautious, measured, and responsive,” Das said, adding that the policy has a “pattern.”

He said that the government initially addressed the stress at the individual level, focusing on the impoverished, then followed up with steps to stimulate credit offtake before moving on to sectoral initiatives. We “haven’t heard the final word” from the government, said Das, and the RBI expects it to maintain the same budgetary response.

In terms of the central bank’s own economic stance, Das stated that it has done everything feasible and will continue to do so. “We are still in ‘whatever it takes’ mode. The pandemic is still alive and well, and we must be cautious,” Das added. According to him, the economic recovery has been uneven and differs by sector.

Pandemic-affected corporate borrowers whose debts were restructured under the first recast plan may have to wait another six months to meet the RBI’s financial requirements, the central bank said on Friday.

Borrowers were required to fulfil sector-specific benchmarks in five financial metrics for resolution plans per the RBI’s circular of August 6, 2020, four of which are connected to the borrower’s operational performance.

After the initial wave of pandemic infections affected borrowers’ revenue streams and hampered their ability to repay loans, the central bank announced these measures. Banks have recast roughly seventy-thousand crore in corporate debt as part of this plan.

“Recognizing the adverse impact of the second wave of pandemic and the resulting difficulties on business revival and meeting operational parameters, it has been decided to defer the target date for meeting the specified thresholds in respect of the above four parameters to 1 October 2022,” RBI governor Shaktikanta Das said on Friday.

On August 7, 2020, the RBI convened a five-member group to determine qualifying requirements for restructuring stressed loans. The central bank mostly agreed with its recommendations, announcing that borrowers from twenty-six different industries would be eligible for debt recasting.

The central bank said that the ratio of total outside liabilities to adjusted total net worth, which reflects the revised capital structure or debt-equity mix, was expected to be crystallised upfront as part of the resolution plan while relaxing the compliance deadline on four of the five parameters. As a result, the deadline for meeting this criterion has been set at March 31, 2022.

According to industry analysts, the extension will give enterprises that have already had their debts restructured under the central bank’s framework some breathing room. These businesses have a little more time to comply after being hit by the second wave of pandemic, which wreaked havoc on the economy in April and May.