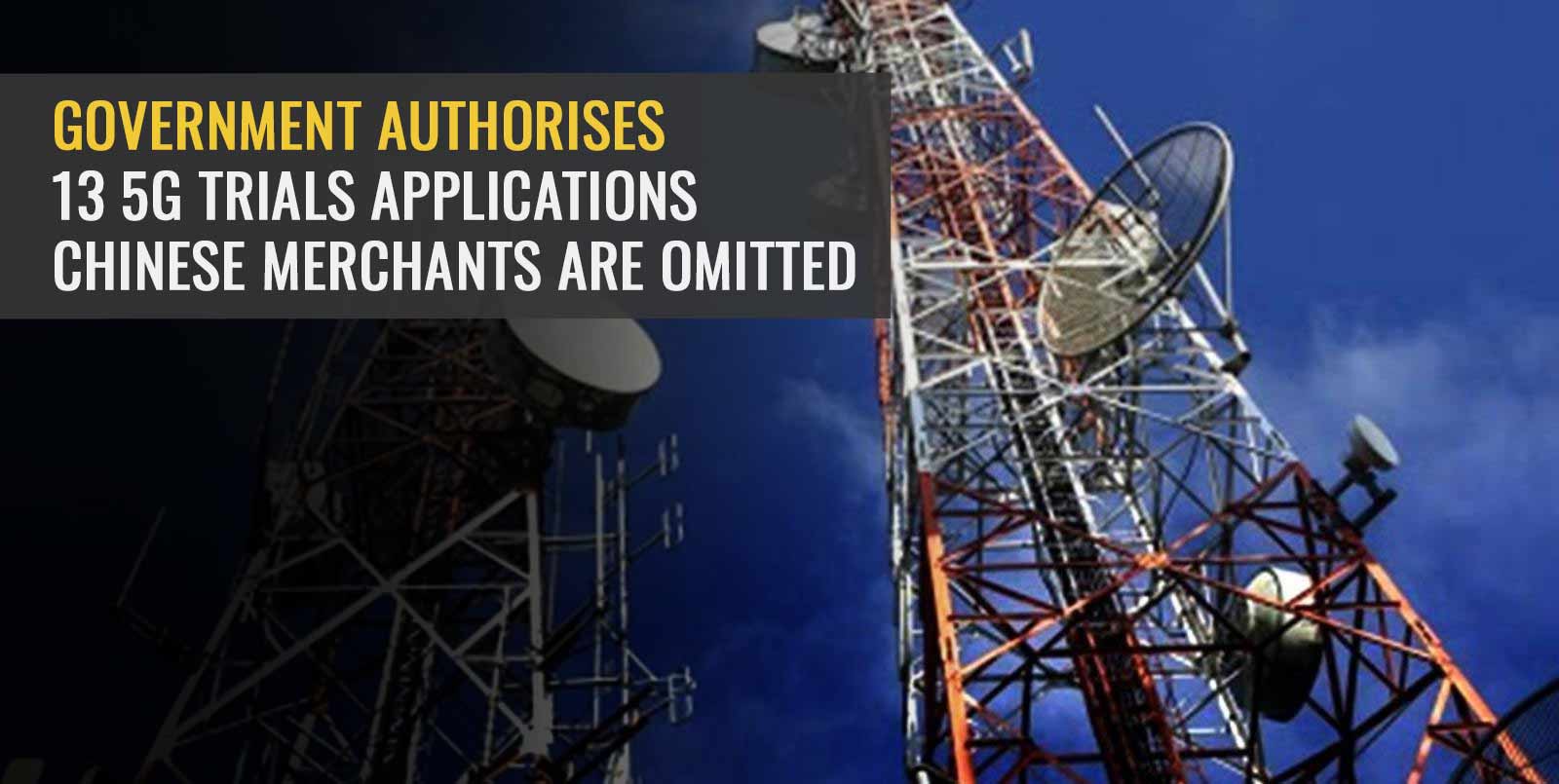 Overview – 5G in India, are we there yet?

In order to allow Bharti Airtel, Reliance Jio and Vodafone Idea to partner non-Chinese equipment vendors, the Department of Telecommunications (DoT) has cleared up the long-standing 5G testing. The tests will be six months in the first phase.

“Bharti Airtel Ltd, Reliance Jio Ltd, Vodafone Idea Ltd and MTNL are applicants for TSP (telecom service providers). Their TSPs linked to original manufacturers of equipment and technological providers: Ericsson, Nokia, Samsung and C-DOT.” “Reliance Jio Ltd will also carry out tests with its own indigenous technology,” DoT said. The tests may start today (Wednesday), but the timeframe for the next spectrum distribution, which is to make its debut with 5G spectrum, is not clear.

Chinese players’s Huawei and ZTE were lacking from the list of 13 governmentally approved telcos. While the Chinese telecommunications engineers refused to comment, a senior manager of the two firms remained hopeful. “The government did not say the Chinese vendors were blocked.”

Airtel and Vodafone-Idea applied to partner with Huawei and ZTE in certain geographies in their initial 5G applications for trials scheduled for first place at the start of 2019. Since then, border tensions have peaked between India and China. The telcos were then again requested to submit to 5G trials a “priority seller.”

Industry insiders said this was a way for the government not to make an explicit decision to keep Huawei and ZTE away in border tensions with China but to launch long-delayed trials. “It is our hope that during the trial period various uses will be developed in healthcare, agriculture and education. This time we have reduced the gap between the technology trial, which takes place before and then the bandwidth auction,” said DoT Secretary.

Vulnerability and Stability of 5G Network

A high-ranking government official has stated that carriers are provided with 100 Mhz (3.2 GHz to 3.67 GHz) at each mid-band, 800 Mhz in each one of the millimetre-wave bands (24.25 GHz to 28.5 GHz), and 10 Mhz Each at 700 GHz. The government’s statement said that the telecom service suppliers will also be allowed to use the 800 MHz, 900 MHz, 1800 MHz and 2500 MHz own spectrum. The 6-month test period includes an estimated two-month time period for procurement and equipment installation.

However, the DoT has laid down stringent test conditions, including test cases in both rural and urban areas, with special emphasis on network security. In telcos’ case, a trial if violated will have serious consequences and was warned that they must use the airwaves allocated exclusively to trials and non-commercial deployment. In the country, any data generated during the tests will also need to be stored.

“The trials will encourage the development of innovative applications tailored to trade requirements in the local R&D ecosystem. It will allow 5G technologies to be validated and cases like IoT and Industry 4.0 are used,” said the CEO of the Cellular Operators Association of India (COAI). “We hope that the Government also examines the demand by the industry to revise the price of 5G spectrums.” COAI represents both private and gear suppliers. “We are confident that we will support our customers in implementing 5G strategies with the help of our technological leadership, experience serving customers worldwide and our initiatives in India such as 5G in Chennai.”

In a number of other countries, including the UK, Huawei has been locked out of 5G. Cutting the access to products produced with U.S. technology and software, the company is presently on the US Commerce Department Entity list.

China has even ordered certain US telecommunications companies to remove Huawei devices from their network via its 5G equipment and Federal Communications Commission (FCC). Huawei has long refused to make claims that it is a national security threat.

Mobile operators in several countries have warned of the possibility of increasing costs and slowing down rollouts except for Huawei from the network. 5G – the fifth wireless technology generation – is much faster than its previous generation, and allows a lot more devices simultaneously to be connected. It works at high frequencies requiring more capacity.