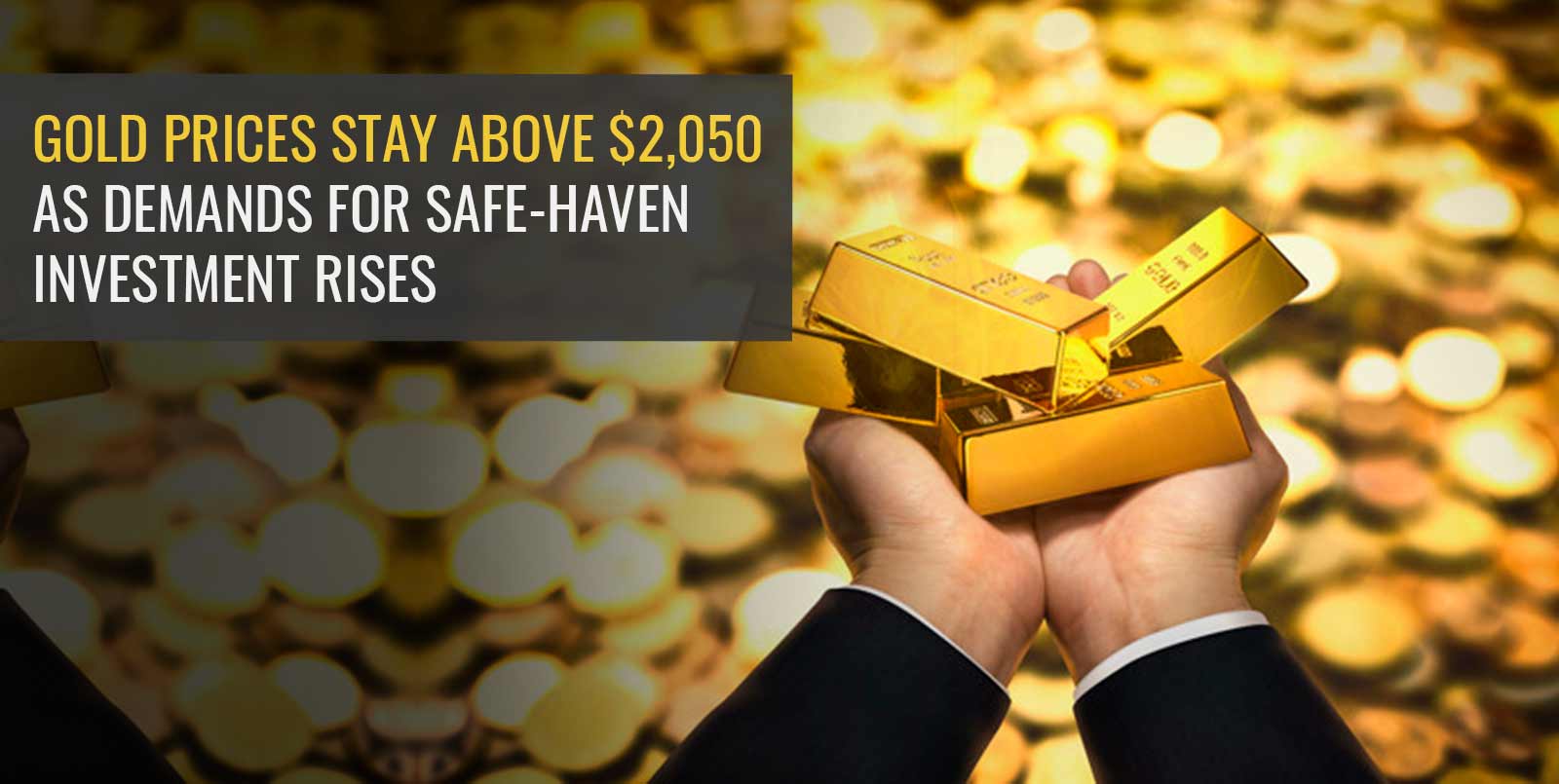 The prices of silver and gold soared in the Indian markets, with global demands of metals increasing due to Russia’s invasion of Ukraine. On the other side, the global stock markets recorded a downward trend in the past couple of weeks. The geopolitical tension and soaring oil prices have become the primary factor behind the rising demand for safe-haven investments such as gold.

He further stated that silver and gold may test $27 and $2100, respectively, in the near future. Additionally, the rise of oil prices and war is the primary factor behind the demands of haven investments.

Russia’s invasion of Ukraine has brought huge turmoil in global stock markets and commodity markets. The impact is evident with the massive rise in gold prices while global stock markets slumped. With US sanctions on Russia’s import of oil and other commodities, the demand for safe-haven investments increased significantly.

Gold gained as the stock markets globally continued losing the streak owing to the geopolitical tensions between Russia and Ukraine coupled with US sanctions. This gold rush has resulted from massive safe-haven investments triggered by fears of rising inflation in the ongoing volatile market. Furthermore, the supply shortage concerns and robust demands have contributed to keeping the prices higher.

The fears of inflation, with US sanctions on Russia, geopolitical tension, and robust demands have increased the gold prices while inflicting a slump in the stock market.

A downward trend or downtrend refers to a slump in security prices, which fluctuates with time.

It is an asset used to offset an investor’s portfolio exposure to limit the risk of a negative shock.

Disclaimer – This blog is exclusively for educational purposes and does not provide any advice/tips on investment or recommend buying and selling any stock.