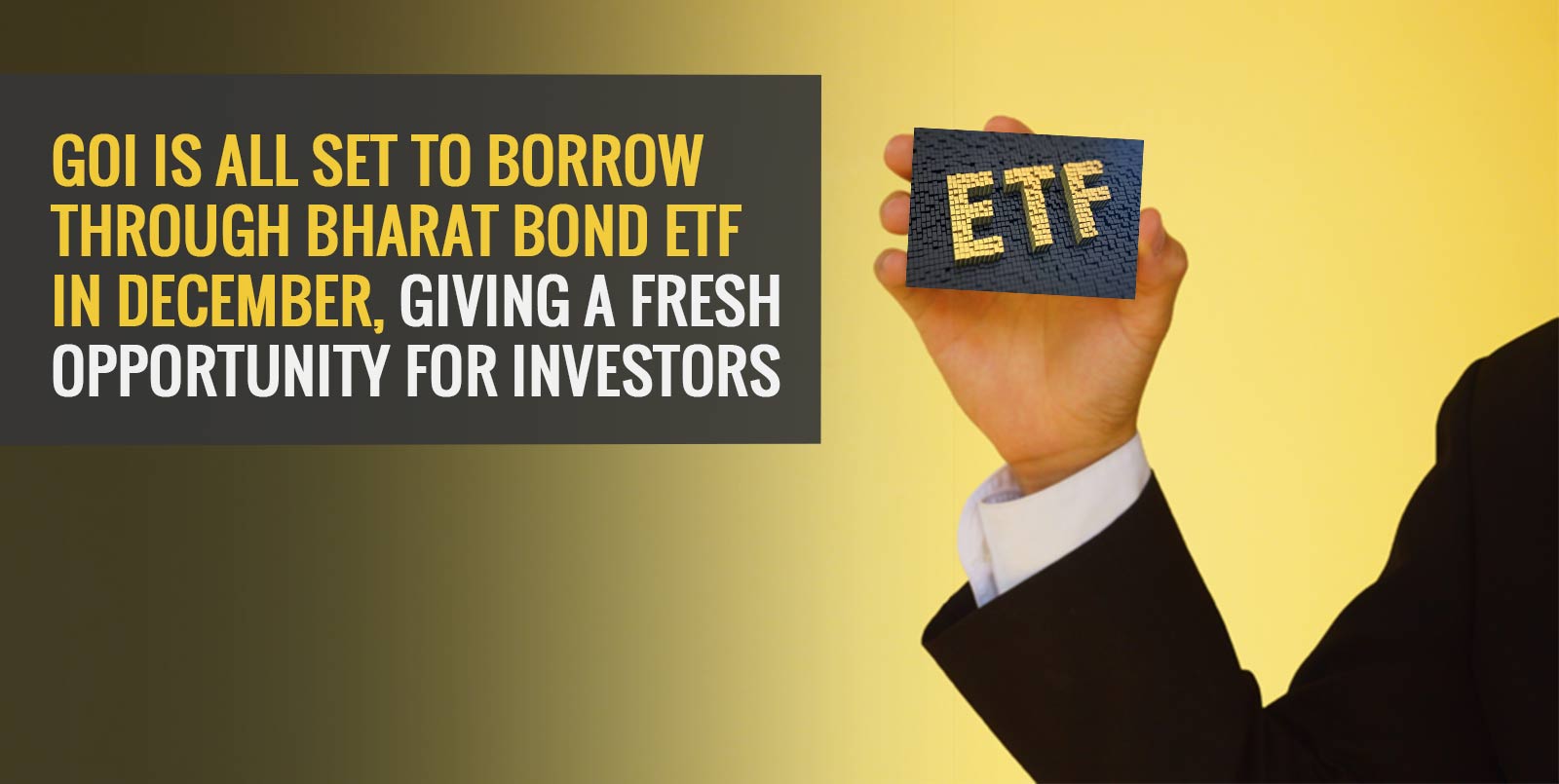 The Ministry of Finance (MoF) recently communicated about their plan to raise funds via another round of Bharat Bond ETF in the next month before the calendar year 2021 ends. The final amount has not been fixed as per the officials but they added that the number can go above Rs. 100 billion.

Looking at the previous two instalments of Rs. 124 billion and Rs. 150 billion that was raised in the beginning and the mid of 2020 respectively, the possibility of the number in this tranche going above Rs. 100 billion is brighter.

This plan is still in progress as per the government officials. Further details regarding dates of subscription, maturity of the bonds, and other specifications on subscription shall be notified as and when it has been finalized.

What is Bharat Bond ETF?

ETF stands for Exchange Traded Fund. Bharat Bond ETF is a fund that accumulates money from investors and invests that sum in the debt of government undertakings. In broader terms, an exchange-traded fund is a kind of financial instrument that can be bought and sold in the same way as a regular stock. IT can be used to track various commodities, stocks, or currencies.

In the case of Bharat Bond ETF, then fund views to invest the accumulated funds in debt instruments like bonds of public undertakings. It only takes into consideration the bonds that have been rated AAA, which is the highest possible rating a bond instrument can get concerning its creditworthiness.

A glance at Third Tranche of Issue

As mentioned before, the plan under this phase is to collect more than Rs. 100 billion. As of now, the public undertaking is being communicated to know their need for funds. Based on that, the final amount shall be fixed and then the issue shall be launched.

It is expected to have a maturity of up to 2032 for the long-term investment. There might also be an option of short-term investment like phases one and two.

The asset management company that will manage and operate this scheme, on behalf of the Government, is Edelweiss. This scheme was initiated by DIPAM (Dept. of Investment & Public Asset Management) under MoF.

Overview of First and Second Tranche

In the first phase, the Union Government collected about Rs. 124 billion by issuing Bharat Bond ETFs. Two options were available to the subscribers, one for the long term and the other for the short term. Short-term bonds had a maturity period of three years and long-term ones had ten years maturity period.

According to the data collected by the end of October 2021, the aggregate value of investments under Bharat Bond ETF was more than Rs. 360 billion.

Who can apply for the Bharat Bond ETF?

How much do I need to invest in Bharat Bond ETF?

Out of the total demand, there is a bifurcation between different market participants like retailers, qualified institutions, non-institutions, etc. As a retail investor, you can apply for the portion allocated for retailers. The minimum amount of investment must be above Rupees One Thousand and the maximum amount you can invest is Rupees Two Lakhs.

CPSE stands for Central Public Sector Enterprises. As the name suggests, these are public sector companies in which the majority of the interest is held by the Union or Central Government. They own not less than 51% of the equity shares of these companies. As per the figures from the end of FY 2018-19, there are about 350 such companies in India.