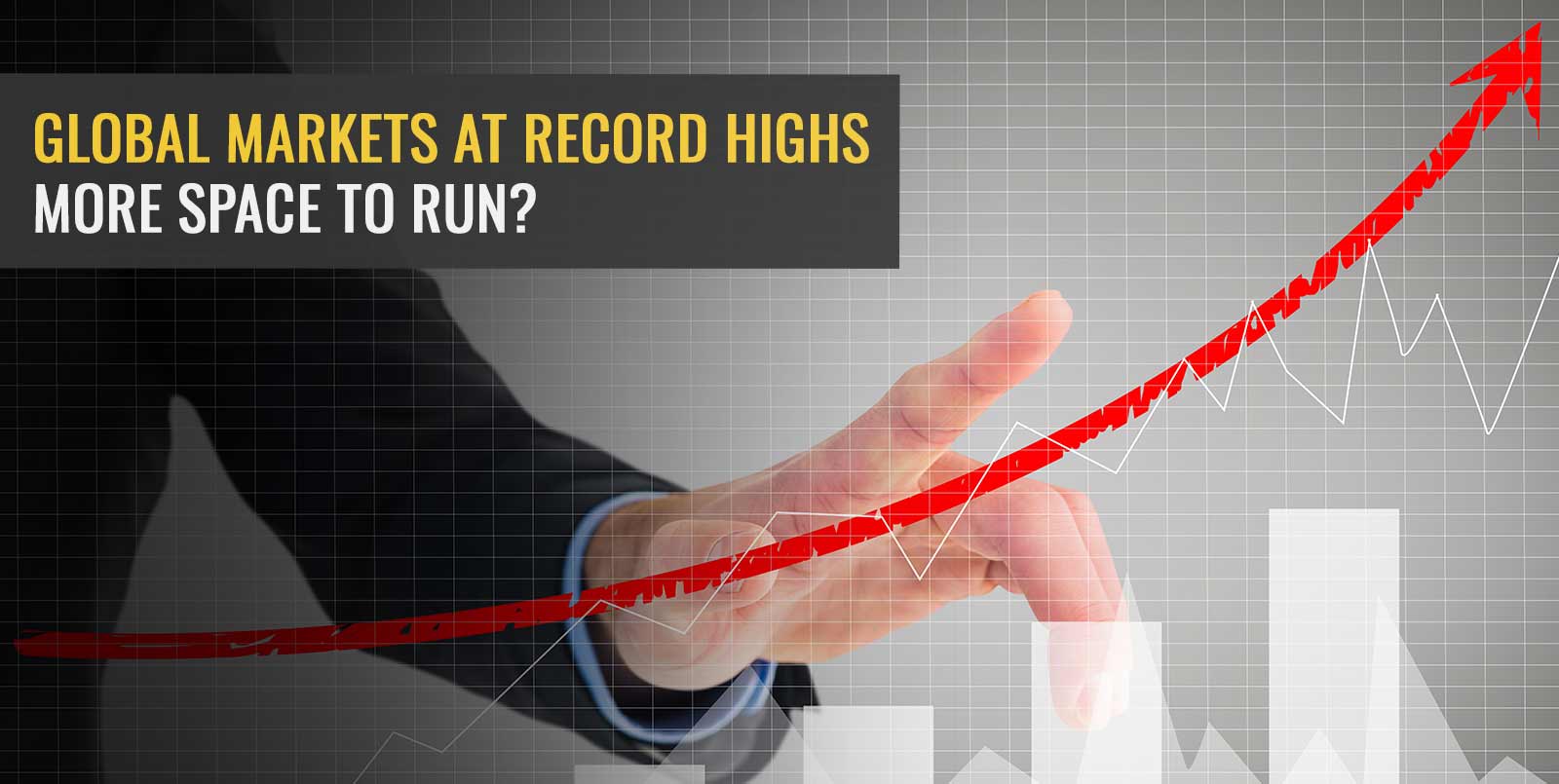 Global stock markets have been on a sustained bull run in spite of the shadow of the coronavirus pandemic that has entered second waves in many regions. Indian stocks too have continued their bull run ever since the Union Budget was announced. The Sensex and Nifty, India’s benchmark indices opened Friday on record levels, at a plus 51k and 14.9k respectively.

The MSCI All-Country World Equity Index historical data shows that it has been gaining from the past five days, rising 0.43 per cent, in striking distance of its record high two weeks back. The MSCI ACWI is an index of 50 of the world’s leading markets.

In fact, global stocks have been on a high through a major part of 2020, with the MSCI All-Country Index gaining 14.1 per cent in 2020 and 13.2 per cent in the final quarter alone, making it its largest gain in the last quarter of a year ever since 2003.

What explains the global stock rally?

Experts point to massive Fed Reserve support, COVID vaccine announcements and rollouts and US President’s announcement of a $1.9-trillion covid stimulus package for the stock rally in the US. Also, indications of a stronger than expected jobs report to be released in the US, re-energised dollar and rising bond yields have sparked a global stock rally. In fact, the dollar index reached 91.581 on February 4 for the first time after December. Low-interest rates across the world have also contributed to an upward market trend. Earnings announcements in the US have also been impressive with many companies beating analyst expectations.

The key theme through 2020 and into early 2021 has been around the actions of the central banks across the world to keep interest rates low and infuse liquidity into the markets and avoid a meltdown a la 2008. The Federal Reserve, it may be recalled, slashed interest rates to near-zero levels.

News of vaccine rollouts picking up across the US and in the UK have also kept the markets buoyant.

What next for markets across the globe?

With most global markets hitting peaks, the next question that has begun to rise is if we are in a bubble and will it go bust anytime soon. However, experts say that the bull run has still some way to go, and is not going to hit stop anytime soon. Stock markets will continue to perform well on the back of extra stimulus measures and vaccination rollouts. The UK’s vaccination drive, which picked up faster than many other countries, has started to show results, with nearly 15 per cent of its population receiving a jab, according to reports. More such developments will contribute to positive market sentiment.

International stocks could gain ahead of US equities owing to their valuations which are relatively more attractive, according to market analysts. According to Fidelity’s investment outlook for 2021, the main difference between the US and emerging markets such as those in Asia lies in the valuation of the stock market. In China, thanks to the rise of the tech sector, there are more sustainable earnings in such companies in comparison to old-economy businesses, it noted. Emerging markets, the report said, are better placed to benefit from increased economic activity. Morgan Stanley, in their 2021 investment outlook, points out that global earnings will surge through the coming year, with a 25 to 30 per cent earnings per share growth across regions in 2021.

In the US, and emerging markets like India, the expectations largely are that the bull run will continue through the rest of the year. In the US, this expectation is based on stronger earnings announcements, COVID-19 rollouts and Fed policy. The Sensex in India is also expected to continue its rally on the back of the big spending push the government has lent to its economy. In China, the main stock market index, according to Morgan Stanley, will see a 12 per cent increase on the back of foreign investor interest and its early recovery from the coronavirus pandemic.

Following a disastrous market crash in 2020, global economies and markets have not just recovered but have consistently been hitting new peaks. The global stock markets are expected to sustain this bull run for at least the rest of the year on the back of vaccine rollouts, greater stimulus packages and revival of economies.