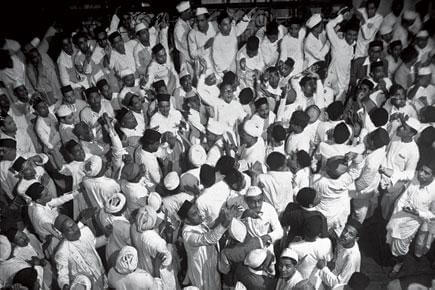 You will be surprised to know that stock trading in India began in the year 1855, when five stockbrokers gathered under a banyan tree in Horniman Circle, Mumbai, and started trading in stocks by investing princely sum of Rs.1 each, thus laying the foundation of what is today the world’s 11th largest stock exchange.

Soon, more brokers joined in and the group count gradually increased to 22 and by 1860 the number of brokers reached 60. In the year 1874, this enterprising group moved to what is now called Dalal Street. When the stockbrokers increased to a sizeable number, the group formed an official organization called ‘The Native Share & Stock Brokers Association’. The Government of India officially recognized Bombay Stock Exchange under the Securities Contracts Regulation Act on August 31, 1957.

1980 was a big year in the history of Bombay Stock Exchange, when it moved to its present location, at Dalal Street in the Fort area of Mumbai. This building was called Phiroze Jeejeebhoy Towers. The BSE Sensex as we know today was developed in 1986, which gave the exchange an accurate means to effectively measure the overall performance. From equity trading, the exchange moved on to derivatives and futures trading in the following years.

1995 was another watershed year for BSE. From a traditional open floor trading system, it upgraded to a sophisticated electronic based trading system. Given the eagerness of the brokers to embrace the new system, this transition took place in just fifty days! This system was a screen based stock trading platform called BSE On-Line Trading or BOLT.

With the advent of smartphones and their increasing usage for accessing the internet, online trading on mobile phones, or ‘smartphone trading’, became increasingly popular among investors. This eliminated the need for the investor to depend on his or her laptop or desktop for buying and selling stocks online. Since its launch in 2010, India has become one of the world’s biggest mobile based stock trading market.

In percentage terms, around 1% of total trading value is generated only through buying and selling stocks from mobile websites or mobile apps. This is expected to go up to 4% in the coming years. Cleary, mobile trading is the future of stock markets in India. Any broking house which does not offer a complete trading experience on their mobile-friendly website or mobile app, will certainly lose out in the long run.