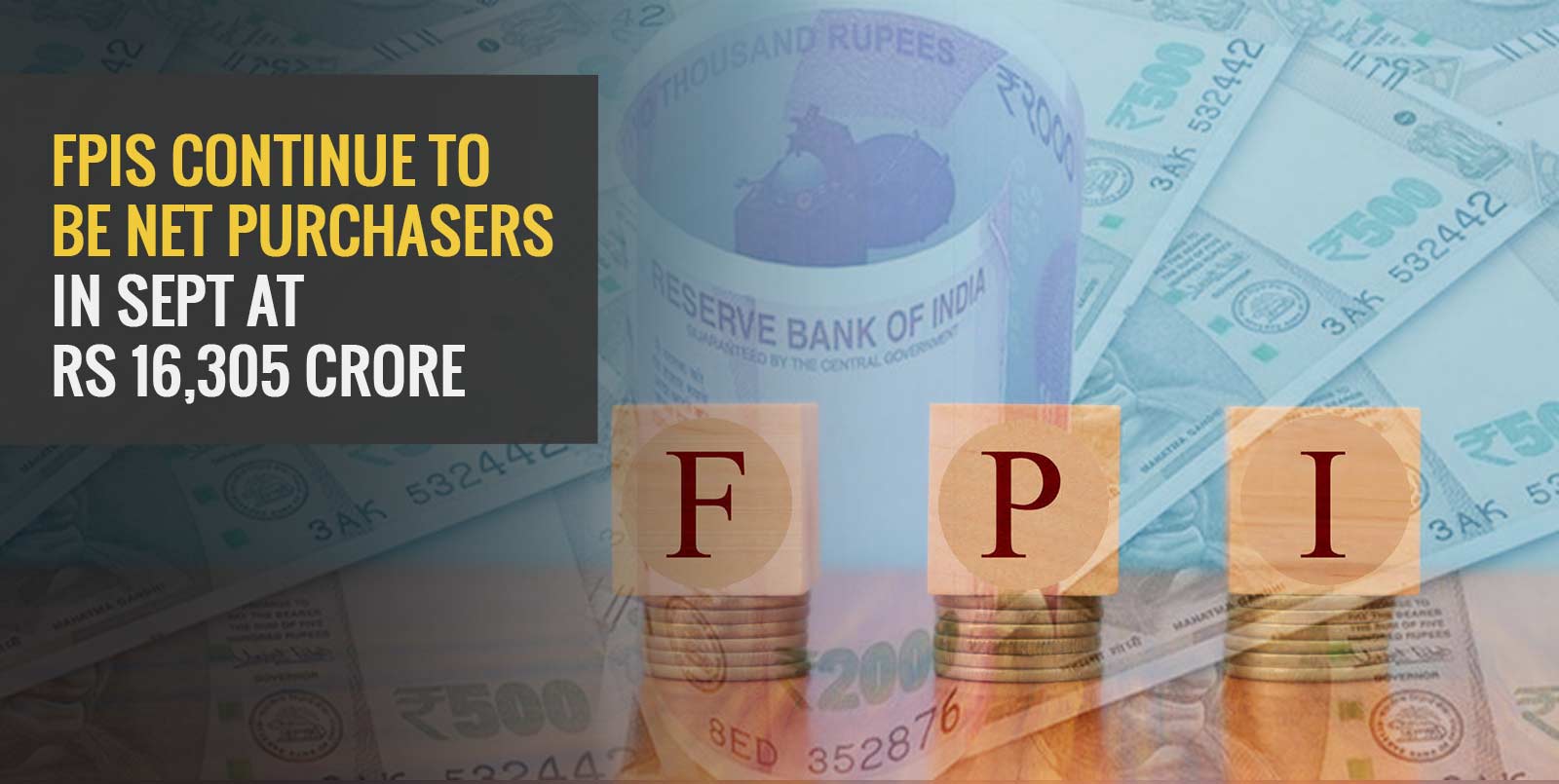 So far in September, foreign portfolio investors (FPIs) have been net purchasers in Indian markets, investing a total of Rs 16,305 crore. On a net basis, foreign investors invested Rs 11,287 crore in shares and Rs 5,018 crore in debt between September 1 and 17, according to depositories data. The entire net investment at this time was Rs 16,305 crore.

Investment in Indian equities has reportedly been unpredictable for some time. The continued surge in Indian stock markets, on the other hand, would have been difficult for FPIs to ignore, and they would have preferred to be a part of it rather than miss out. In addition, from a long-term viewpoint, India remains an important and competitive investment destination.

The IPO rush in India has definitely captured the attention of foreign portfolio investors (FPIs). Their investment trend in Indian shares over the last eight months demonstrates this.

FPIs’ net investment in Indian shares between January 1 and August 30 totaled Rs 49,403 crore, according to depositories data. Over 74 percent of the total inflow, or Rs 36,577 crore, came through primary markets, compared to Rs 12,826 crore invested through stock exchanges. In fact, the primary market outperformed the secondary market in five of the last eight months, including August.

In July, foreign institutional investors (FIIs) sold Rs 11,308 crore worth of Indian equities. FPIs have net sales in the cash market in August as well. Only when the FPI investment in the main market is included in the August data are the figures favourable. In this inflated market with no margin of safety, the FPI selling in stock appears sensible.

Investments in initial public offerings (IPOs), qualified institutional buying (QIB), and rights issues are examples of FPI inflows into the primary market. In the recent year, the primary market has gained traction, with approximately 38 initial public offerings (IPOs) being listed on exchanges. The majority of the firms were in the online service, chemical, FMCG, and pharmaceutical industries.

The year 2021 has already seen 38 mainboard IPOs, with firms generating approximately 72,000 crore, including very popular IPOs such as Zomato’s Rs 9,375 crore issuance and PowerGrid InvIT’s Rs 7,735 crore IPO, among others.

According to recent Bloomberg data, China’s crackdown on technology businesses is forcing foreign investors to seek fresh possibilities across Asia, contributing to a record surge in initial public offerings (IPOs) from India to South Korea that shows no signs of stopping.

What does the term FPI stand for?

Holding financial assets from a country other than the investor’s own is known as foreign portfolio investment (FPI). Stocks, ADRs, GDRs, bonds, mutual funds, and exchange traded funds are all examples of FPI holdings.

How does FPI work?

When a firm invests in a business entity in another nation, it is known as a foreign direct investment (FDI). Foreign enterprises engaging in FDI are directly involved in the day-to-day activities of the other country. This implies they’re contributing more than just money; they’re also bringing knowledge, skills, and technology.