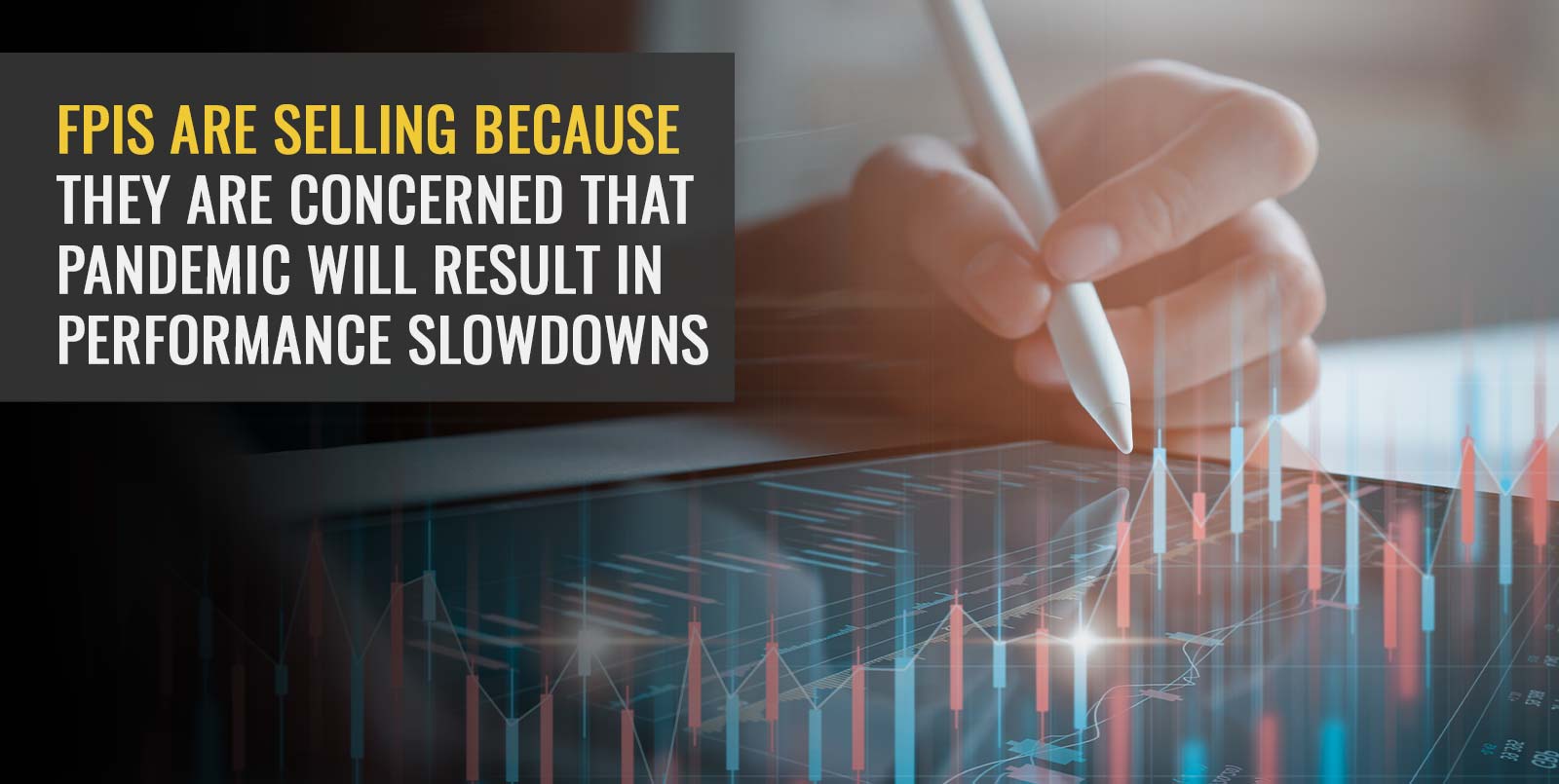 In the first week of May, Foreign Portfolio Investors (FPIs) removed Rs. 5,936 crores from Indian stocks, citing concerns about the large second wave of the pandemic and its economic implications. According to depositories’ numbers, overseas investors withdrew a net sum of Rs. 5,936 crores from Indian stock markets between May 3 and 7, after putting money in for the previous six months.

Foreign investors had been pouring capital into stocks since October of last year, prior to the outflow in April. From October 2020 to March 2021, they invested over Rs. 1.97 lakh crores in equities. In the first three months of this year, the company made a net investment of Rs. 55,741 crores.

The fear among FPIs about the second wave of the coronavirus pandemic in India was evident in this week’s flow numbers. FPI withdrawals are in line with a sharp increase in COVID-19 cases in India, state-wide lockdowns, and a resulting slowdown in progress. In addition, a weak currency exacerbated FPI outflows.

About April 2020, FPIs began to invest heavily. Since then, the stock markets have risen dramatically, and many of their stock picks have performed well over the same time span. Many foreign institutional investors (FIIs) are beginning to book gains from the previous year, which could be the explanation for the outflow of funds from Indian equities.

FPIs, on the other hand, invested a net amount of Rs. 89 crores in debt securities in the first week of May, after selling a net amount of Rs. 118 crores the month before. Owing to expectations of a slower economic growth, a continued accommodative monetary policy stance, and the RBI’s launch of G-SAP 1.0, FPI flows in debt have turned positive, resulting in a shift in interest rate outlook.

Overseas investors have invested a total of Rs. 40,146 crores in equities so far this year, but have taken out a total of Rs. 15,547 crores from debt securities.

Rising pandemic cases in the world, as well as the extension of lockdowns, could jeopardise the situation.

Furthermore, uncertainty about the extent to which the second wave of the COVID-19 crisis will affect the economy could keep foreign investors away. FPIs will be forced to take a wait-and-see approach for a longer period of time as a result of this.

As a result, they may stay away from Indian equities until the situation stabilises, or until there are clear indications that the situation is improving.

For FPIs, the emphasis will remain on economic numbers and how quickly India regains its economic momentum. Any more disappointment on that front could further depress sentiment and have a negative effect on foreign exchange flows.

Many people are optimistic that the virus will be contained soon so that all adults can be vaccinated. Last year, as soon as the case numbers began to decline, investment skyrocketed.

Despite the claims made by the US Federal Reserve, the US dollar index has been that, raising fears that there could be a dollar shortage in the future as global liquidity tightens.