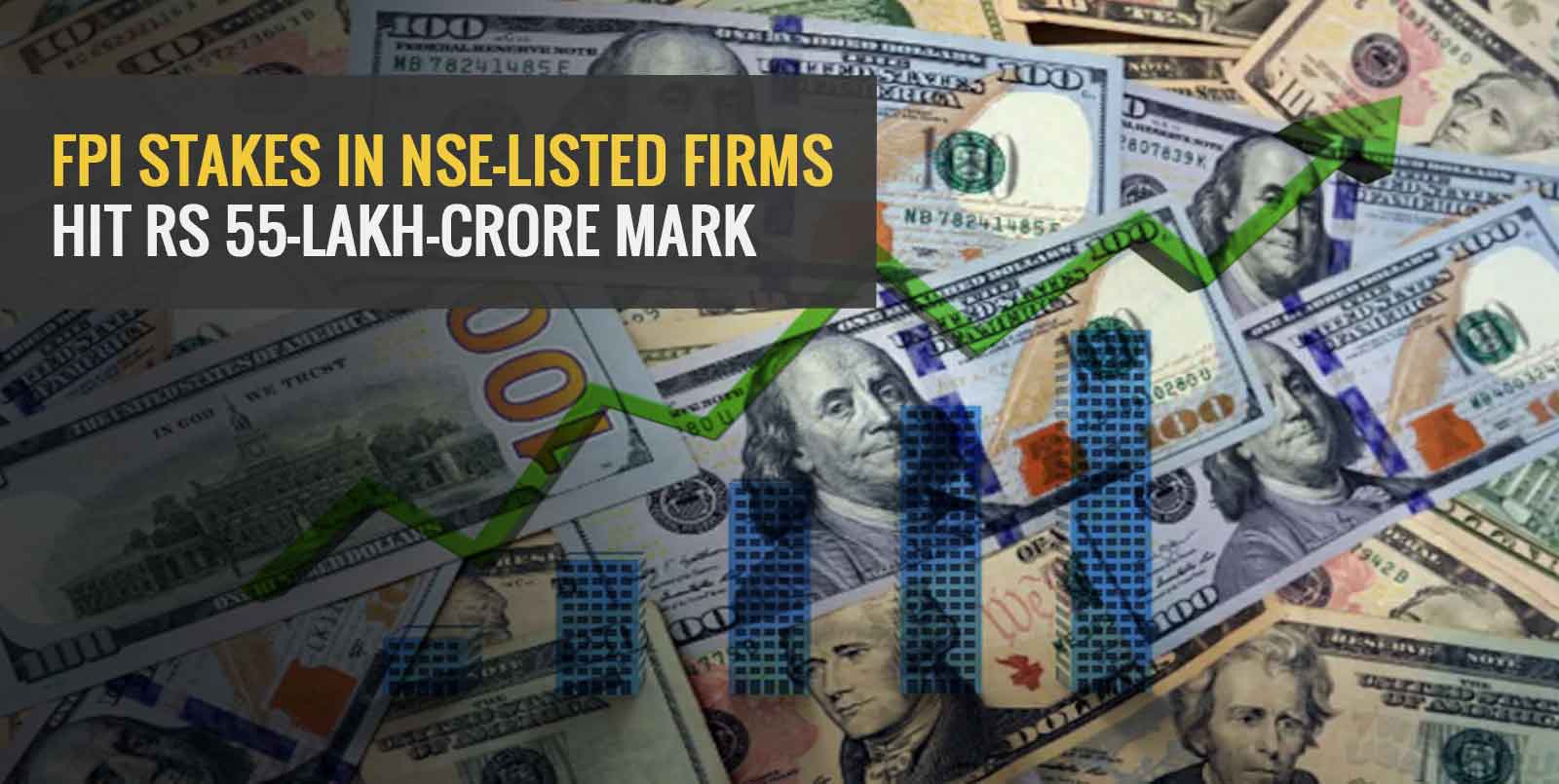 The number of companies in which FPIs have invested has gone up to 1370, the highest ever, according to a report. Foreign portfolio investors also known as foreign institutional investors invest in securities/assets held in another country.

Overall, institutional ownership, both domestic and foreign, in NSE-listed firms has dropped to a three-year trough of 34.59 per cent at the end of September, according to data from the latest report.

The increase in FPI holding has been largely attributed to the stock market rally. For the quarter ended September 30, 2021, the benchmark index BSE Sensex rose 12.66 per cent, while the NSE Nifty also increased 12.07 per cent. It may be recalled that the Sensex hit the 60,000 mark for the first time on September 24 this year, while the Nifty also came close to the 18k mark on the same day. The journey to the 60k mark was the fastest 10,000-point addition with the Sensex first hitting the 50k mark in January 2021.

However, even as the total investment value by foreign portfolio investors crossed the Rs 50-lakh crore mark, the collective holding of FPIs in companies listed on the NSE was at 21.5 per cent towards the end of September, lowest over the past five such quarters. The end of June 2021 quarter had seen FPI holding in NSE companies at 21.7 per cent. In terms of the net inflows from foreign portfolio investors, the quarter ended September saw Rs 3,928 crore worth inflows.

Domestic institutional investors (DIIs) invest in securities and financial assets of the country they are based out of. These investors could be banks, pension funds, mutual funds or insurance funds, among others. The holding of DIIs also saw a three-year drop to 13.12 per cent for the quarter ended September, even though there was a net inflow by DIIs at Rs 31,237 crore for the quarter. In terms of value, the holdings of DIIs increased to a peak of Rs 33.4 lakh crore, according to the recent report.

While September saw peak buying, with FPIs in India pumping in a total net investment of Rs 26,517 crore, the month of October saw FPIs in India turn net sellers, withdrawing Rs 12,278 crore from the markets.

Foreign portfolio investors, who are the key drivers of the country’s stock market, are meanwhile watching the two-day US Federal Reserve meeting for signals on whether interest rates will be raised and the tapering of the $120-billion monthly bond purchase program will be announced. They are also closely watching the rising oil prices and the frenzied primary market in India ahead of their activity in the markets.

The overall value of investments made by FPIs in India has exceeded the Rs 50-lakh crore milestone as of September 30, while their collective holdings in NSE-listed firms stand at 21.5 per cent for the quarter ended September, the lowest over the last five quarters.

What is the value of investments made by FPIs in India towards the end of September 2021?

The overall value of investments by FPIs in India stood at Rs 54.69 lakh crore, a jump of 12 per cent from the previous quarter.

What is the value of domestic institutional investment (DII) as of September 30, 2021?

Domestic institutional investor holdings, in terms of value, were at Rs 33.4 lakh crore as on September 2021.

What is the percentage of institutional ownership in NSE-listed firms towards the end of September?

Institutional ownership, including foreign and Indian, in NSE-listed firms has dropped to a low of 34.59 per cent as of September end, the lowest in the last three years.