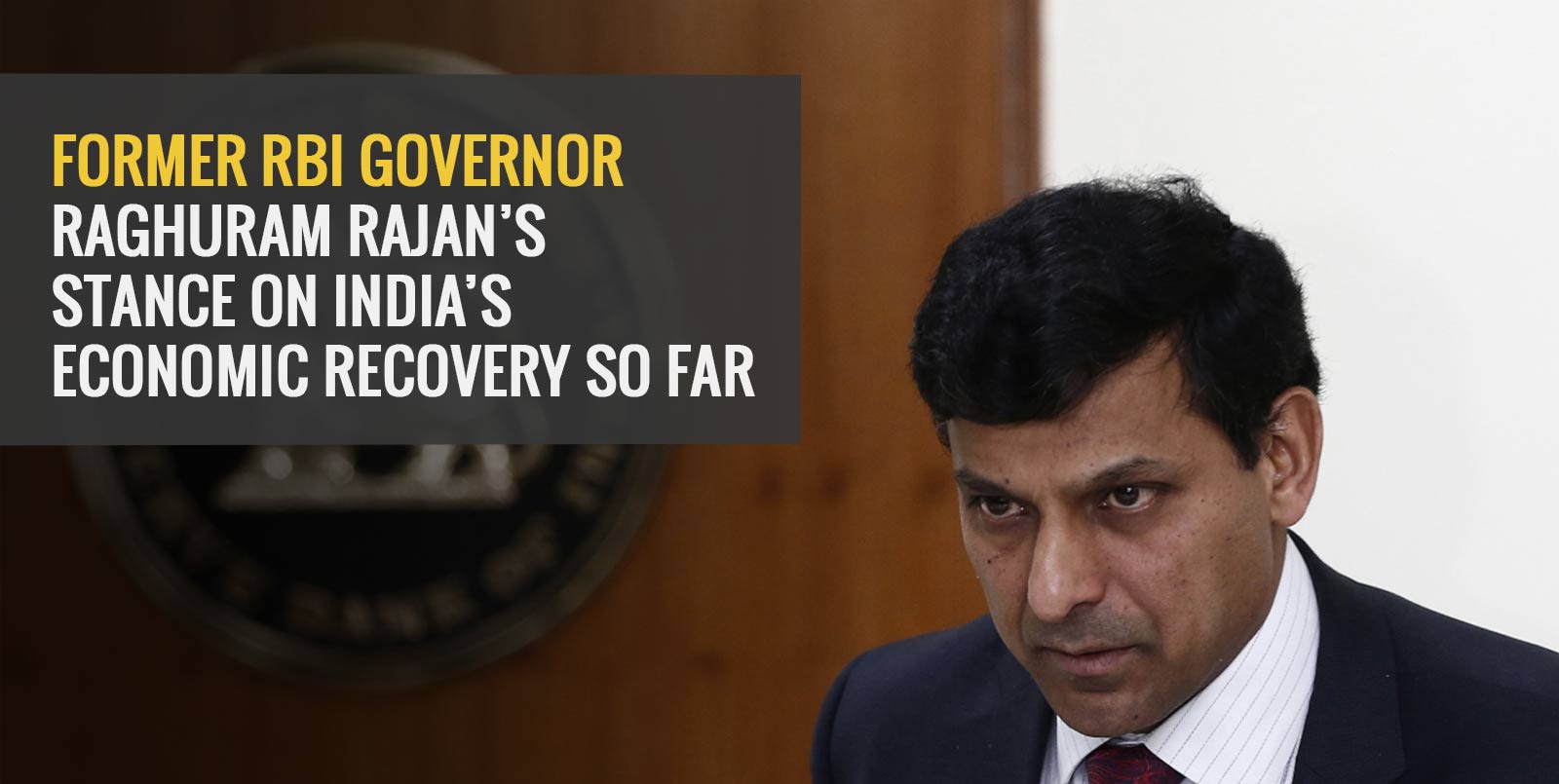 Former Reserve Bank of India Governor Raghuram Rajan said that India should stop focusing on areas such as agriculture and manufacturing and should start considering other areas instead.

Rajan takes a neutral stance and believes that India’s current state requires not being overly optimistic or overly pessimistic. Apart from addressing the various issues facing the country, the former finance minister also gave his take on the contentious farm laws and the potential impact of the US tapering.

Here is the summary of various aspects that Rajan touched while signaling the upcoming budget.

While the foreign exchange buffer is a good one, it is only one part of the overall macro framework that needs to be in place to support growth. The country’s current account deficit has widened due to the rise in gold and oil imports.

Although the current account deficit has not yet reached its worrying levels, it needs to be acknowledged that India can no longer ignore the deficit.

It is the right time that India has come to start tracking the movements of interest rates. There is a huge amount of liquidity in the system globally, which is only a matter of time before rates are raised by the relevant authorities of various nations. Some of India’s Emerging Market peers, like Brazil, have already started raising interest rates.

As markets are interconnected, India needs to prepare for the US to raise its rates as well. With a rate hike in the US, there will be financing issues in several countries including India, which is currently not an issue in its markets.

Fiscal Policy’s Need of the Hour

Urbanization could be targeted at the low-income groups to improve their lives. One of the lessons of the pandemic that happened in India was the lack of safety nets for workers in the urban areas.

While the government provides such facilities in rural areas, the same is not available in urban areas. For many urban workers, going to their villages to seek assistance under the MGNREGA is the only option they have.

A Word on India’s Economic Recovery

India’s current economic situation does not require overly optimistic projections. The top end of businesses, which include exporters and information technology companies, are doing well as the demand for their products remains strong.

On the other side of the table are those working in contact-intensive jobs. According to Raghuram Rajan, the rise in agricultural employment is a unique phenomenon as it is not something the developing economy witnesses.

Negotiating the right way to maintain the confidence of the markets is among the key issues that a budget must address. A credible pathway to recovery has to be presented to avoid further damage to the economy.

There is a need to look at new areas such as education technology and telemedicine, as well as regulations that will allow these industries to operate efficiently. More than the tariff and subsidy, we need to define the path we take going ahead. In most budgets, we tweak and update it a little but a new pathway is what India needs right now.

What problems are faced by the credit industry of India?

According to Raghuram Rajan, currently, people find it difficult to borrow money whereas lenders feel trapped. At the same time, the credit flow in India has become tepid.

What does the recent inflation data say?

India’s consumer price index (CPI) rose to 4.91% in November 2021, which was mainly due to a rise in vegetable prices. The consumer price index has remained within the 2%-6% tolerance band for the last five months. The Reserve Bank of India’s policy committee is supposed to keep the inflation rate at 2%.

MGNREGA stands for Mahatma Gandhi National Rural Employment Guarantee Act. The MGNREGA Act was notified on September 7, 2005. It provides for at least 100 days of guaranteed employment to every rural household in a financial year.