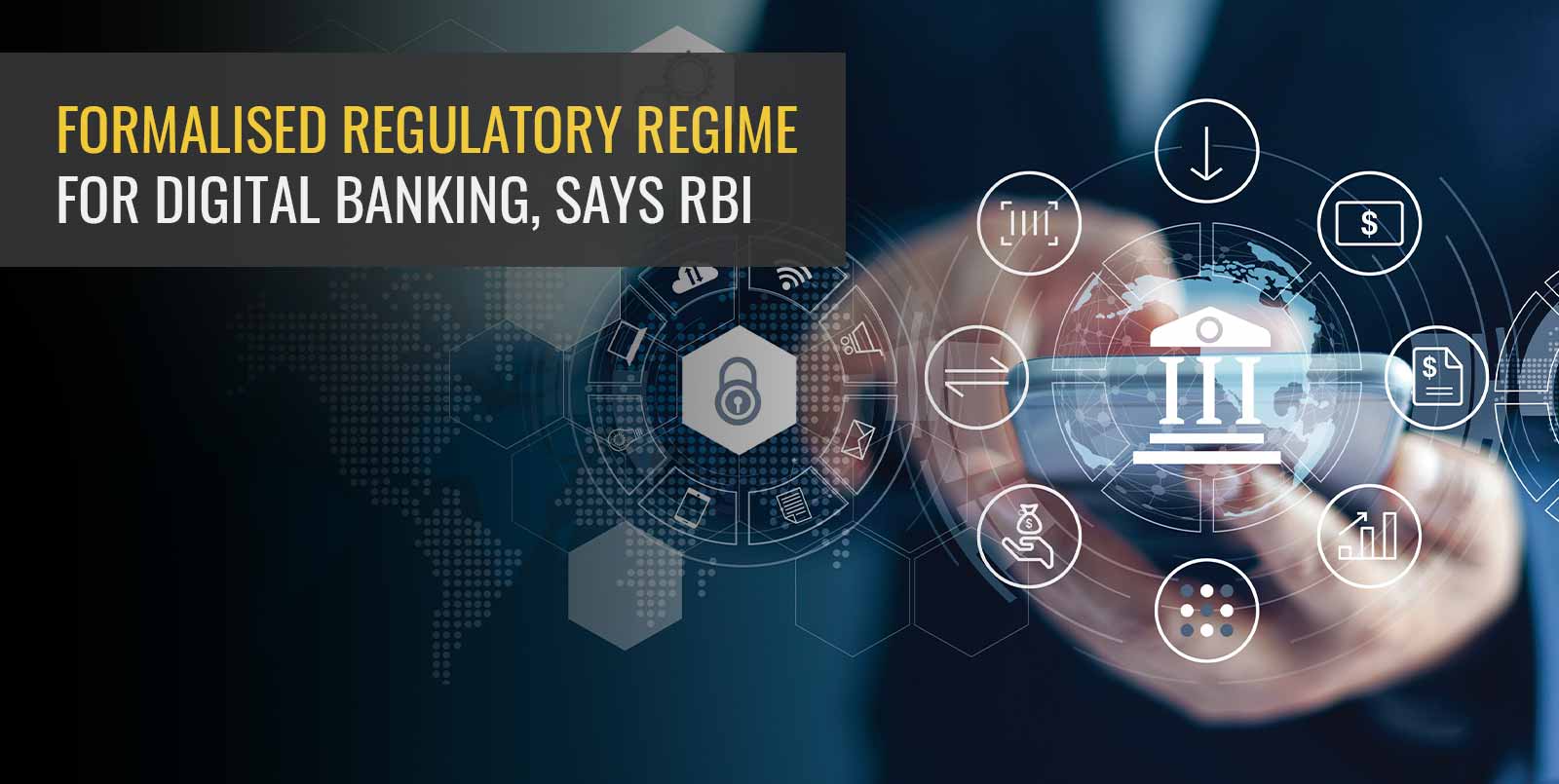 An Overview of RBI’s Plans

As the central bank seeks to accommodate roles for entities other than traditional banks and non-banking finance businesses, India’s booming digital banking ecosystem may eventually fall under a more defined regulatory and supervisory authority.

The Reserve Bank of India (RBI) has formed an internal committee to investigate the breadth of various types of digital intermediaries operating at the intersection of India’s technology and financial industries. Its goal is to provide these new entity definitions and compile a list of compliance criteria.

Fintechs that want to be lenders but don’t want to be banks, service providers embedded in banks, and API banking firms, which are known as “neo banks” in several Western markets, are among these entities.

The RBI has yet to formally establish a committee or working group, thus discussions are still in the early stages. However, senior RBI officials are mulling a “light-touch” regulatory approach, in which these new businesses will be subject to operating norms. Licensed lenders with whom fintechs cooperate for banking services may be able to enforce some restrictions.

The RBI has separate banking licences for each lending category: universal banking, payment banks, small-finance banks, and non-bank financial companies (NBFCs). While the new set of standards may be mandated for nimble fintech enterprises with less access to depositors’ funds, it is also matching laws for banks and large NBFCs.

There is also a view within the central bank that these emerging areas require either a working group or a committee to ponder regulations. The general view is that the regulator should use light-touch restrictions and place the onus on banks and NBFCs working with such firms to adhere to the RBI’s terms. The central bank team is said to have sought input from numerous industry participants and banks over the past year in order to build a consultative strategy to regulate these new organisations.

These discussions have picked up steam in recent months, especially since several businesses with substantial neo-banking ambitions have entered the Indian market. Startups like Open, Razorpay, and Niyo, as well as global neo-banks like Revolut and huge corporations like Amazon, are all looking to scale their neo banks.

These banking intermediates are currently unregulated and do not have their own definition. They operate under various models, with restrictions that are dictated by the form of their collaboration with regulated banks. For example, a neo bank that opens bank accounts for its corporate customers may require a business correspondent licence, whereas some companies that work with merchants to provide current account and expense management services may be required to apply for a payment aggregator licence under the PSS Act of 2007.

Similarly, some digital banking organisations simply label themselves as third-party service providers (TSP) and provide a platform or technology to a licenced participant. RBI is presently leaning toward a “Self-Regulatory Organisation” or SRO structure, in which such independent groups would be responsible for enforcing regulations. It is in favour of establishing an SRO to regulate such businesses and believes that its direct engagement in the licencing of such enterprises is unnecessary.

Shortcomings in the Regulatory Framework

According to analysts, certain misunderstandings are causing multiple regulatory blind spots in the broader fintech sector with each new development. As a result, the central bank has chosen to analyse these types of banking intermediaries in a consultative manner.

When it comes to regulating neo-banks, there are two basic approaches. One is the model used in the UK and Hong Kong, where neo bank licences are granted based on the fulfilment of particular conditions. The second option, which is now being used in the United States and India, is to have licenced banks oversee these entities. Even for such a model, particular definitions and scope of authorised activities are required, as these are consumer-facing enterprises that may be able to provide banking intermediation services, such as account opening, merchant management, and credit disbursement to banks.

Another reason for using such codes is to guarantee that entities do not use the word “banks” as a prefix or suffix casually. Banks in India are highly regulated institutions with severe capital and compliance requirements. Most neo banks in India are currently relying on a regulated bank’s Prepaid Payments Instrument (PPI) licence. While these relationships enable a speedy product launch and a pleasant onboarding experience for customers, there is no significant value-add in terms of distinctive products or new banking methods.