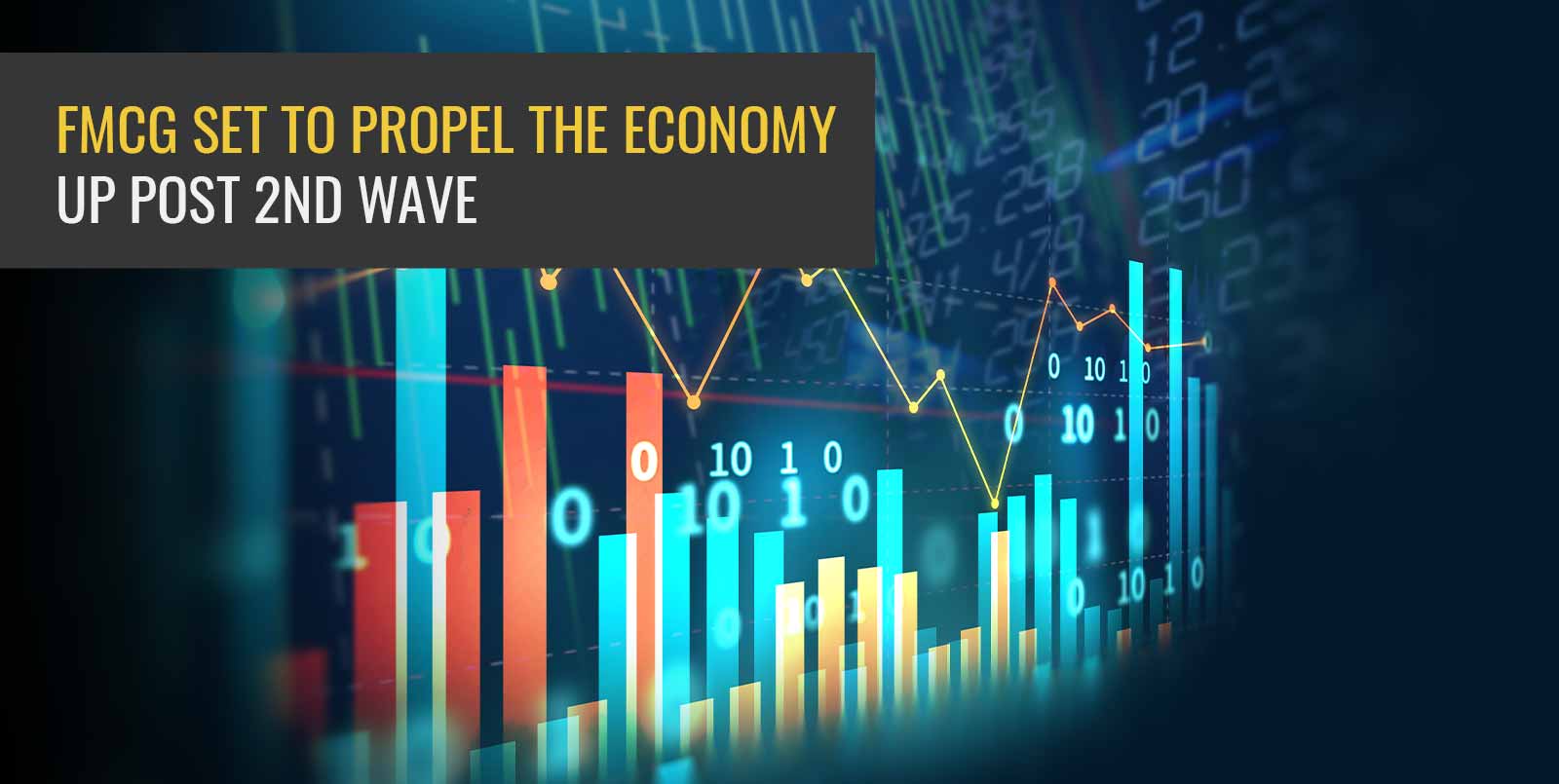 The 2nd wave of the Coronavirus pandemic wreaked havoc on the Indian economy which up until its onslaught, was beginning to witness an upturn. The re-imposition of lockdowns across the country, however, meant that all forms of commerce and economic activity reduced their pace of operations which adversely affected their returns as well as the overall state of the economy.

That being said, the second lockdown was localized as opposed to being imposed on a nationwide basis. Furthermore, while there were restrictions on contact-based services, businesses, companies and producers, in general, were better equipped to deal with the lockdown as they now had experience on their side. As the relaxation of Covid imposed restrictions commences, the fast-paced consumer goods sector is set to propel the economy out of its slump.

Various companies have picked up on the changing circumstances within which they now operate. They have noticed changes in consumer trends. Optimized supply chains and stock-keeping units now hold court front and center for most companies. Assortment optimization has gained prominence as consumers have tapered down their allocated expenses and have preferred frequenting neighborhood stores and e-commerce vendors. Moreover, visits to physical stores have witnessed a decline and when customers do choose to frequent these stores, they have an agenda and don’t tend to loiter and look at what all is on offer.

Neilson IQs report indicates that prior to the onset of Corona, India witnessed an average of 1059 stock-keeping units (or SKUs) being launched each month. However, only 10 percent of these have been able to garner adequate amounts of distribution required to stay afloat. Keeping these figures in mind, companies have cut their losses and focused on a simpler course of action. This has been implemented by companies focusing more on what their consumers’ preferences are.

Since Corona, consumers have also taken to flocking towards immunity-building products that are natural or are ayurvedic in their composition. Products ranging from turmeric to tulsi there, therefore, witnessed a surge in demand, and producers of the same have been able to take advantage of it.

Changes the 2nd Wave Brought with It

The 2nd wave witnessed finances depleting in a number of households across the country as unemployment levels witnessed a rise. This lack of funds interspersed with increasing medical bills has left consumers with limited funds to spare on consumer goods.

This has translated to the demand for discretionary products ranging from clothing to jewelry witnessing a sharp decline. Instead, customers have retained an interest in goods that remain to be staple requirements in their homes. Larger companies that have an established name, and are known for their quality and affordable price range have a greater chance of benefiting from the current situation.

Understanding how the Economy Will Witness an Upturn –

The 2nd wave of the virus has proved to be far more damaging than the first round. Rural India has been impacted just as hard as its urban counterparts and the virus has been more corrosive in its attack. Moreover, households have a lower spending capacity during this time.

That being said, the economy is likely to witness an upturn now that the April-May virus outbreak has begun to slow down. There are a number of factors that indicate this including but not limited to the following. Food production has been significant owing to last year’s adequate rainfall, the oncoming monsoon is anticipated to be productive, and the El-Nino is expected to be weak in its coverage across the next 6 months. This interspersed with Government-fueled income support plans and the lockdowns and restrictions imposed being relaxed are set to get the economy back on track. Rural income is likely to improve with the additional volume of crops produced which is further likely to complement consumer demands.

That being said, the rising price of raw materials could impose a potential roadblock capable of resulting in either more expensive end products or affecting profits. Raw materials regardless of the sector have witnessed a rise ranging from 25 to 150 percent over H2 FY 21 which is expected to continue over the first quarter of FY 22.

While a third wave of the virus is anticipated around September or October this year, it is expected to be less threatening in its scope. By then, a greater percentage of the population ought to be vaccinated which will prove to be beneficial. Nestle, Hindustan Unilever, and Dabur India are each expected to pave the way forward owing to the sturdy demand for their products.

If you want to learn more about IPOs, share market, and different investment options along with the latest market news, refer to Angel One Blogs.