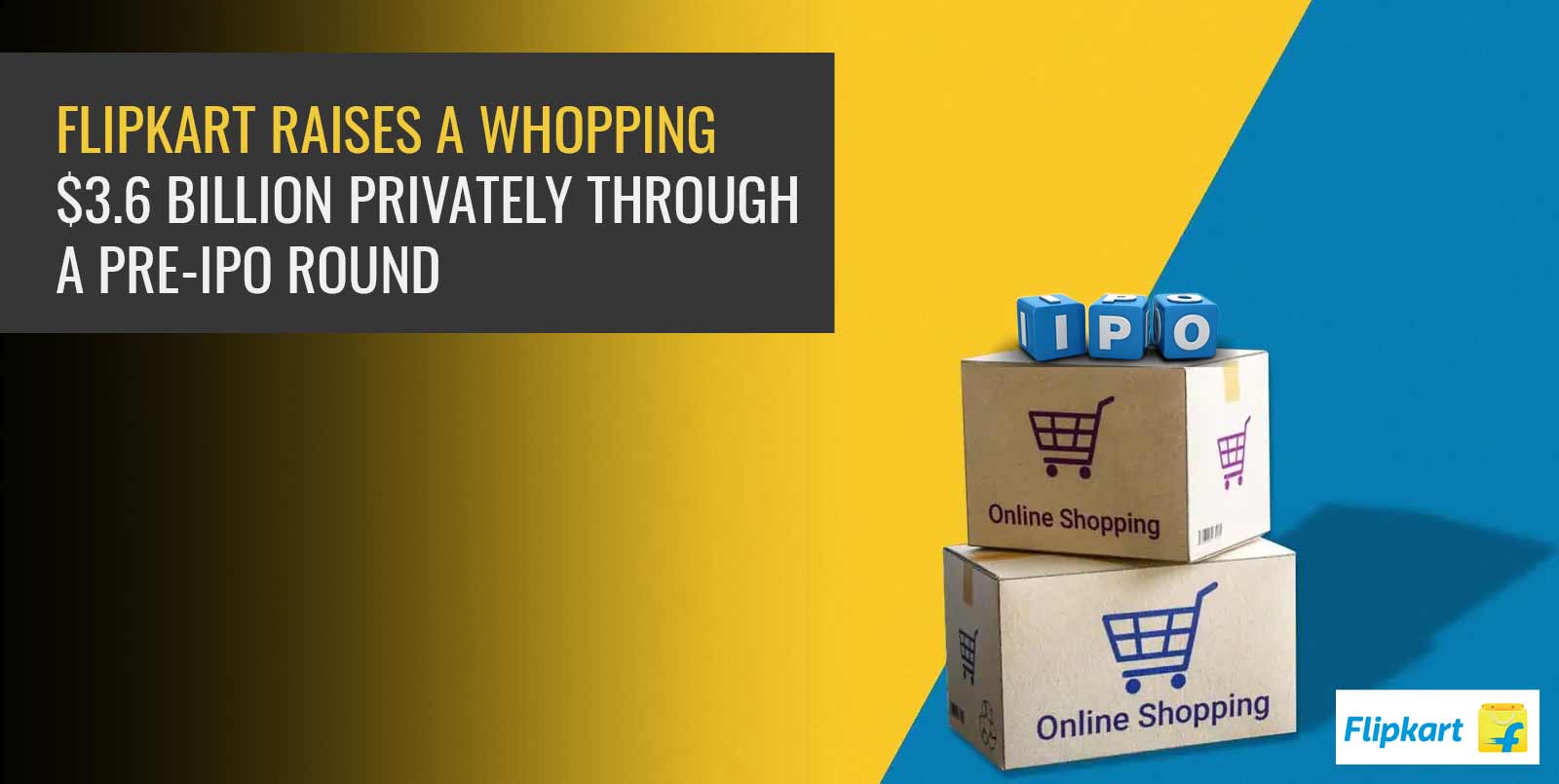 As Flipkart gears up to list publicly, it has already raised a whopping $3.6 billion through a pre-IPO round, which is the most by any e-commerce company. This news comes exactly 3 years after Walmart acquired a majority stake of the online storefront.

The monumental acquisition in 2018 came after Walmart injected $16 billion in the company, taking the overall valuation of Flipkart to $22 billion.

While news of the company raising $3.6 billion came to the forefront a few days ago, exact details have emerged just now. A noted digital financial tracking company went through Flipkart’s regulatory filing to get to the heart of this fresh data.

According to its findings, the e-commerce giant issued 1.9 crore shares, with each priced at $189.1. This was sufficient to raise the substantial capital.

Major shareholders after the pre-IPO round

During the bidding, several key players managed to acquire substantial shares. The following table illustrates who these major shareholders are, alongside their stake in Flipkart –

What does this mean for Flipkart?

Interestingly, Tencent, Tiger Global and SoftBank were early backers of Flipkart before Walmart acquired a majority stake. According to expert estimates, Tencent alone holds Flipkart shares worth around $2 billion, which is equal to a 5.5% stake.

On the other hand, Tiger Global owns shares worth $1.5 billion, which corresponds to around 4.3% of the stakes. However, even after this new round, Flipkart co-founder Binny Bansal retained his 2.5% stake in the company.

What you must know about the Flipkart IPO

Reports from as early as December 2020 claimed that Walmart was planning to launch a Flipkart IPO of $10 billion. This would eventually bring the platform’s total valuation to $40 billion.

Experts also claimed that if successful, such an IPO would allow Walmart to double the returns when compared to its initial investment of $16 billion by 2021. Goldman Sachs was put in charge of planning and executing this initial public offering.

In July 2020, Flipkart raised $1.2 billion, taking its net valuation to $24.9 billion. During this round of funding, Walmart led the charge, buying most of the shares on offer.

Investments by several major global investors are sure signs of the promising nature of e-commerce platforms in India. Apart from Flipkart’s rapid growth, such rounds of funding would also aid small and medium businesses to connect to consumers, boosting the overall economy.

While Walmart says that it is open to the idea of an IPO, there isn’t a definite timeline for the same.

Walmart projected that the e-commerce company would be worth $50 billion by 2021. However, there was a 20% decrease in the actual worth, with Flipkart achieving a net valuation of $40 billion