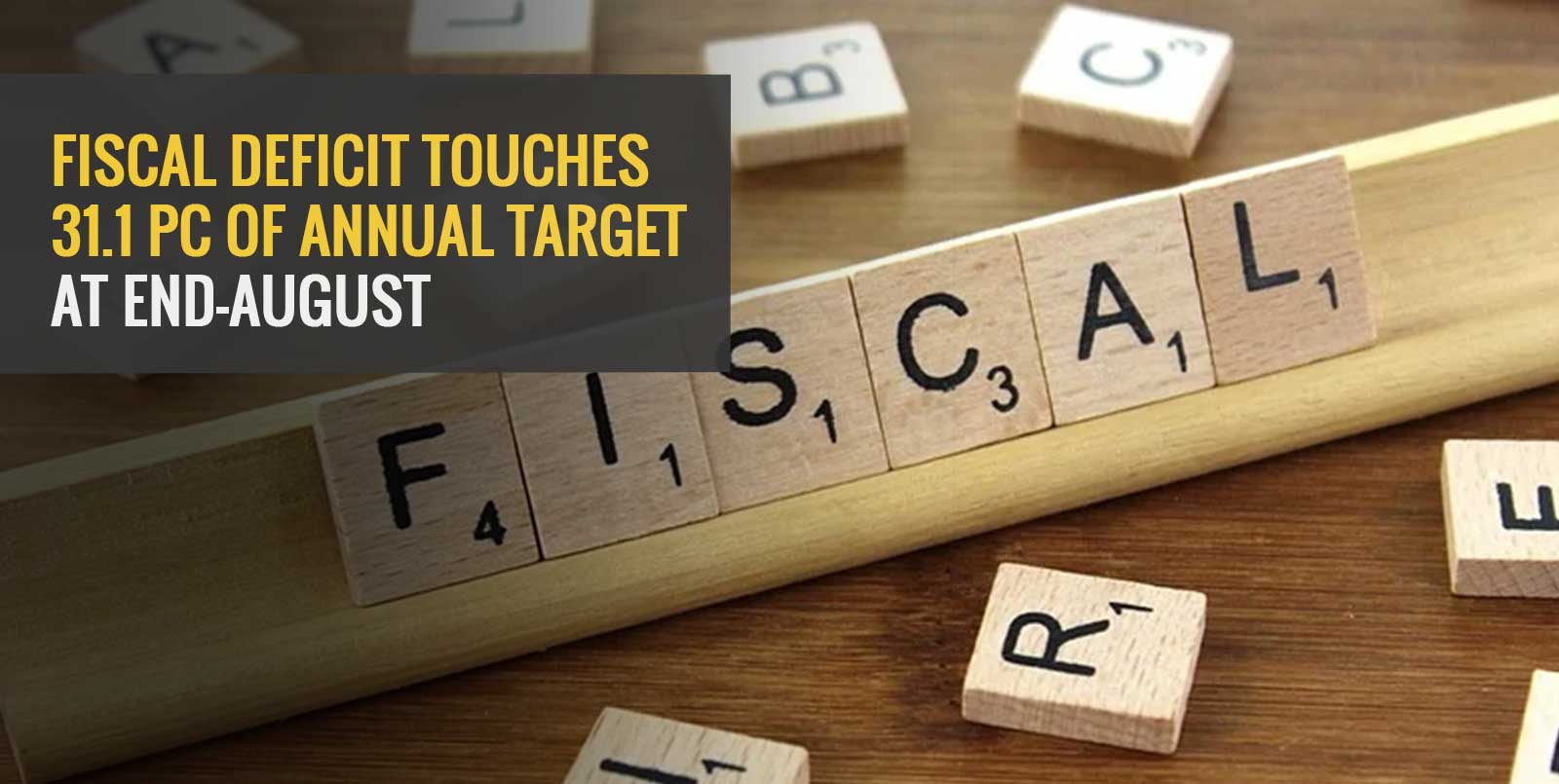 On Thursday, the Comptroller and Auditor General of India (CAG) announced numbers relating to the fiscal deficit for the period starting from 1st April 2021 up to August 30, 2021. Out of the total fiscal deficit planned for the whole year, April to August total reached only close to 31% as per the reports.

In the budget, the Government of India (GOI) had planned to restrict the fiscal deficit mark to not exceed 6.8% of the estimated gross domestic product for the year. This target in terms of absolute value would come to Rs. 15 lakh crore.

What is a Fiscal Deficit?

Fiscal deficit occurs when the government does excess expenditure over the revenue earned during the period. Normally the deficit is calculated in terms of percentage for easy comparison and the basis of percentage is gross domestic product (GDP).

So the formula for fiscal deficit would be:

If April to August 2021 fiscal data is compared with that of 2020, there has been a major improvement in numbers. For the same period in the last financial year, this percentage stood close to 109.3% of the annual target.

Reasons quoted for such an increment in the previous year’s deficit percentage are related to the pandemic. To curb the spread of COVID-19, heavy expenditure was spent on relief packages and other ancillary subsidies.

The Central Government had targeted to earn around one lakh crore by way of revenue through profits on sale of investments and dividends. This target was already achieved by August end due to the consistent bull rally in the stock market. Though only a little over 10% of the total disinvestment target from state government companies for the year was achieved.

Steps taken to achieve these numbers

The Central Government has asked various departments to cut down expenditure and limit it to only twenty percent of the estimate as compared to twenty five percent which is normally followed. These limits have been withdrawn since the end of September.

Since there were lesser restrictions and lockdowns related to covid-19 this year as compared to the previous year, expenditure was dramatically reduced.

What are the roles of CAG and who is the current CAG?

At present, G. C. Murmu is the Comptroller and Auditor General of India. The roles of CAG include conducting audits to find out if funds are being used for the specific reason for which it is assigned, and whether funds are spent in general public interest or not. CAG also audits certain public sector companies such as ONGC, Air India, etc.

What is fiscal deficit?

Fiscal deficit means when the government spends more money than revenue earned in a financial year. It is calculated in percentage terms based on the gross domestic product for the year. Lower the fiscal deficit percentage, the better the country is doing.

How is fiscal deficit calculated?

There are two components of fiscal deficit. One is revenue and the other is expenditure. Fiscal deficit can be calculated by subtracting total expenditure from the total revenue earned by the government.