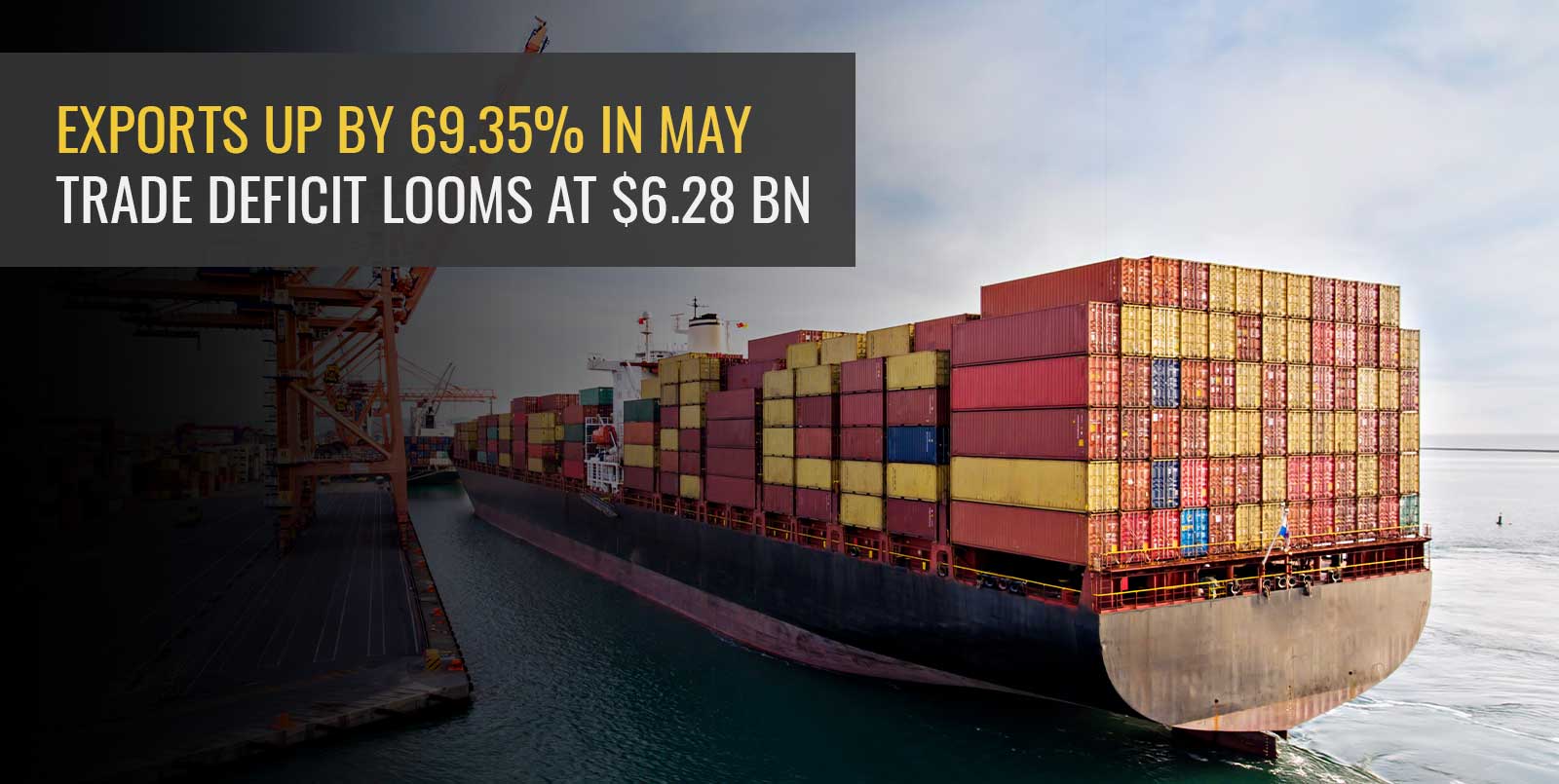 Per data shared by the Government of India, India’s export sector witnessed a jump of 69.35% at $32.7 billion in May. However, the country’s trade deficit stands at $6.28 billion. The report further stated that the surge in exports was driven by the robust growth in petroleum products, gems, jewellery, and engineering sectors. Last year during the same period, India’s exports were reported at $19 billion, while the year before it, i.e., May 2019, it stood at $29.85 billion.

Import growth and trade deficit – May 2021

Similarly, the imports for April and May 2021 were recorded at $84.27 billion. The figure manifests a boost from $39.32 billion during the same period last year.

The recorded trade deficit was $21.38 billion during the reviewed period against the $9.91 billion for April and May 2020.

The value of petroleum product exports for May 2021 was $5.33 billion, while for gems and jewellery, it was $8.64 billion. Additionally, the engineering sector reported exports worth $2.96 billion.

Impact of exports and imports on economy

An increase in exports helps in increasing the aggregate demand and boosts economic growth. In addition, a surge in export is responsible for improving the employment rate and lower the current account deficit.

Growth in export and import is considered essential for the sustainable development and overall health of an economy. However, export growth should always exceed import growth to ensure optimal trade and currency health balance.

The month of May indicates substantial growth in exports and imports. Collectively, the figures look pretty impressive so far. Plus, the country’s trade deficit hit an 8-month low in May. Therefore, a low margin of trade deficit seems manageable and is not a cause of alarm in its current form.