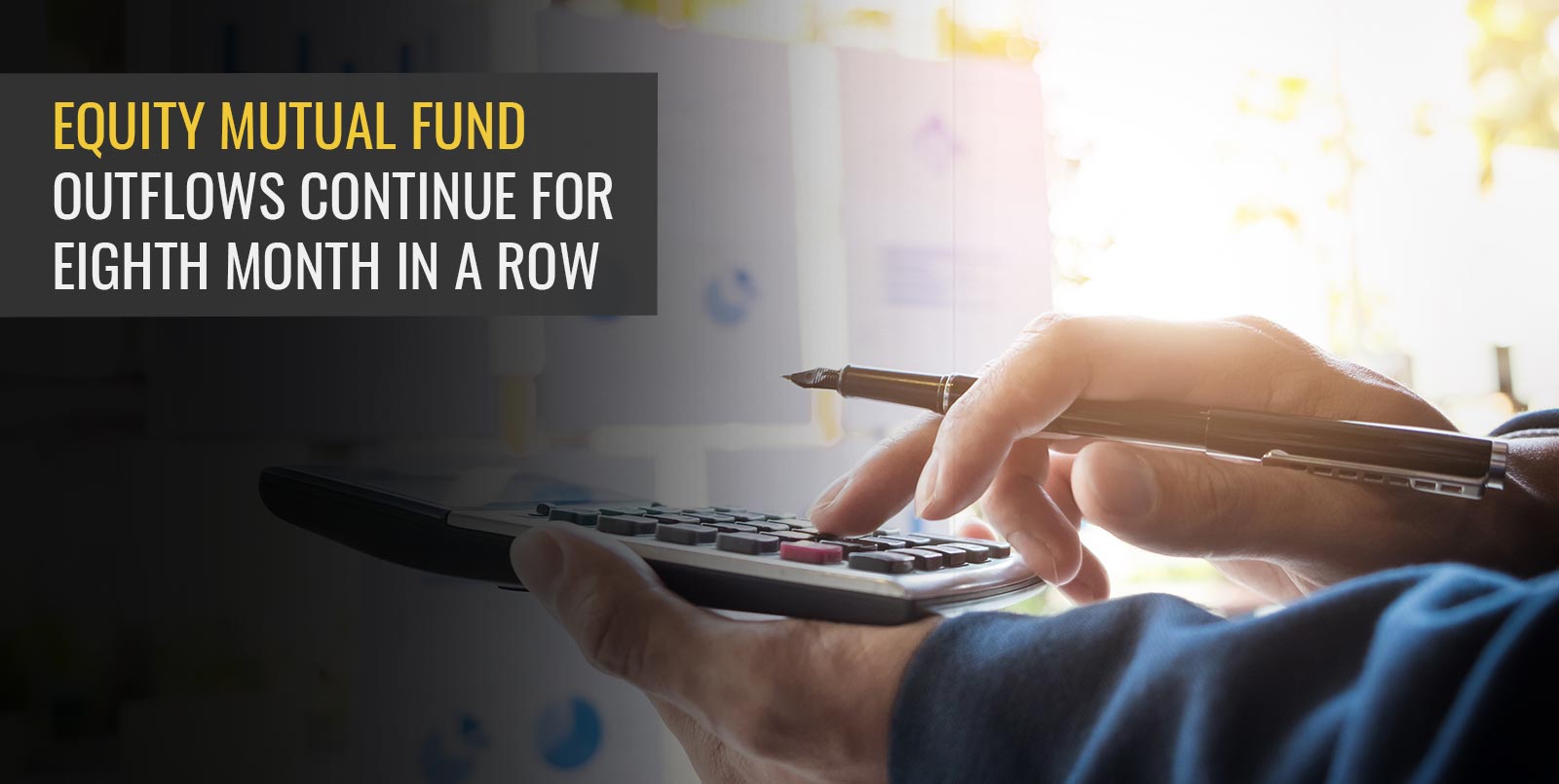 Investors have pulled out of equity and equity-linked mutual fund schemes for the eighth month in a row. This, as the BSE Sensex and the NSE Nifty, have seen sustained positive performances ever since the crash of March 2020.

Equity and equity-linked mutual fund investors pulled out a net Rs 10,468 crore in February following a Rs 9,253 crore outflow in the previous month, according to data from the Association of Mutual Funds Industry (AMFI). This is the biggest outflow in three months, according to AMFI data. Debt mutual funds have regained some ground they lost earlier by seeing net inflows of Rs 1734 crore. In January, debt MFs saw a net outflow of Rs 33,000 crore.

Also, individual investor contributions via SIPs (systematic investment plans) fell for two months in a row, dropping below Rs 8,000 crore in February. In January, the overall contribution to SIP was at Rs 8023 crore, a drop of nearly 4.7 per cent compared to Rs 8418 core in December 2020. December showed a 15 per cent jump month-on-month. However, the number of SIP accounts inched marginally to 3.62 crore in February compared to 3.54 in the earlier month.

While equity mutual funds have seen outflows, many retail investors seem to have flocked to the stock market, according to data from market regulator Securities and Exchange Board of India (SEBI). New demat accounts have risen to a peak of 10.7 million in the period between April (‘20)-January (‘21). This shows over two-fold new accounts that were opened in FY20 (4.7 million). In January 2021, nearly 1.7 million demat accounts were opened, which is pegged as the highest such increase for a month since 2019. In September of that year, 1.9 million demat accounts were opened. The coronavirus-induced lockdowns also gave many new investors an opportunity to grow their awareness and knowledge of stock market investing via online platforms. Easy norms to aid the opening of new demat accounts also triggered interest in the stock markets.

According to news reports, another reason for mutual funds taking the backseat is that both benchmark indices Sensex and Nifty all set for their best performance in the last decade. Reports suggest that both the indices have grown anywhere between 72 and 75 per cent in the fiscal year 2021 thus far. The BSE midcap and small-cap have both risen 96 and 120 per cent respectively. The benchmark index, Sensex, first touched an unprecedented high of 50k following the Union Budget and has scaled fresh peaks, with some corrections in between. The Nifty too has scaled plus 15k levels ever since.  While the peaks have kindled interest among investors, many other investors in mutual funds have also taken to profit-booking because of the good run of the stock markets. The booking of profits has led to an increased outflow from mutual funds.

The other reason that some experts cite for a rise in outflows from mutual funds is a drop in savings following the pandemic-induced lockdowns and the subsequent salary cuts and unemployment.

However, a dip in mutual fund investing could be a sign that investors are looking at other options —  a renewed interest in initial public offerings, for instance. As the stock markets have been scaling highs, the IPO market has been hotting up as well. Media reports show that nine companies have made their debuts in the stock market between January and the beginning of March 2021, raising nearly Rs 11,000 crore. The secondary market performance on the back of liquidity infusion and enhanced corporate earnings have also led to a greater interest in the primary market.

According to global brokerage firm Jeffries, the mutual fund AUMs as a percentage of the GDP is at 12 per cent and is among the lowest in the world. The global average is 63 per cent. The equity AUM to GDP ratio is at 5 per cent for India, while the world average is 34 per cent. This means that there is a long road ahead for India in terms of mutual fund penetration. Meanwhile, experts say the mutual fund industry has underperformed over the last three to four years, leading to many investors taking to direct investing in equities.