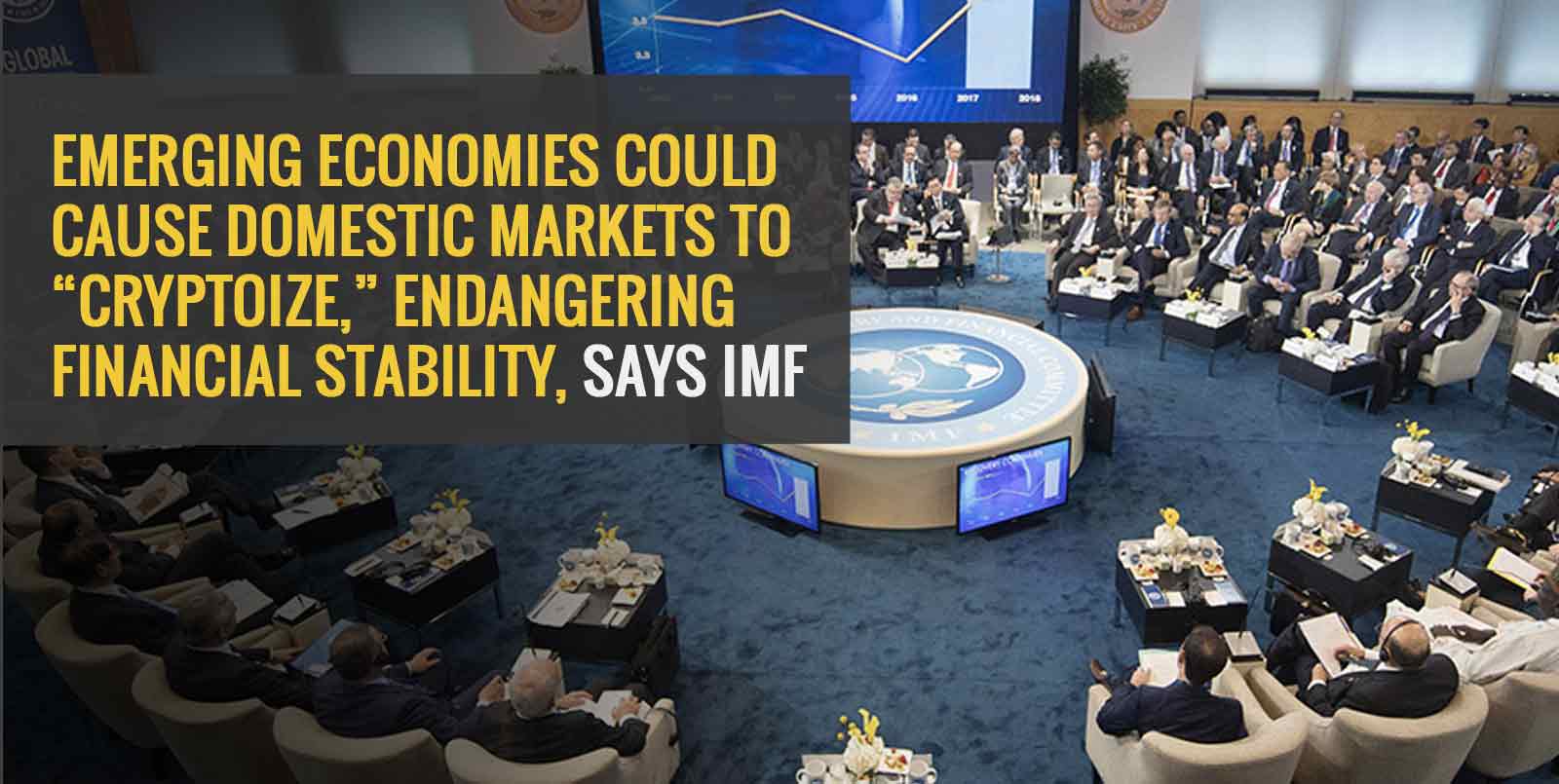 The International Monetary Fund warned on Friday that the introduction of digital currencies in emerging areas might lead to the “cryptoization” of local economies, eroding exchange and capital regulations, and disrupting financial stability.

According to U.S. blockchain researchers, bitcoin and other coins have skyrocketed in price and popularity in the previous year, with emerging and developing market nations like Vietnam, India, and Pakistan showing tremendous growth in some metrics of acceptance.

In principle, cryptocurrencies make transmitting money across borders cheaper and faster. Supporters argue that digital tokens such as stable coins could help preserve savings from severe inflation or currency swings.

El Salvador became the first country in the world to adopt bitcoin as legal cash in September, with supporters predicting that the experiment will reduce expenses for billions of dollars in remittances transferred to the Central American country.

According to the IMF, unsustainable monetary factors and ineffective payment services are boosting cryptocurrency growth in emerging countries, including the temptation of quick riches, which has drawn miners from all over the globe.

However, the IMF stated that determining the exact amount of cryptocurrency use in emerging economies is difficult. Factors like central bank credibility and weak domestic financial systems, which can promote “dollarization,” can also contribute to increased crypto use, according to the Fund.

Stablecoins, which are digital tokens with a fixed value and are helpful for savings and commerce, might offer significant issues by boosting existing dollarization trends, according to the IMF.

“Dollarization can obstruct central banks’ effective implementation of monetary policy and contribute to financial stability issues due to currency mismatches on bank, company, and household balance sheets,” the report stated.

The IMF said that “cryptoization” might pose a challenge to fiscal policy, with digital assets potentially assisting tax avoidance. As a response to the rise of cryptocurrency, the fund urged developing countries to enhance macroeconomic policies and investigate the potential benefits of issuing central bank digital currencies.

What exactly is cryptocurrency and how does it function?

Cryptocurrency is a type of online payment that may be used to buy and sell products and services.Many firms have devised their own cryptocurrencies, dubbed tokens, that can be traded for the products or services they provide. The feature that enables cryptocurrencies to thrive is known as blockchain.

What is the distinction between developing and emerging economies?

What are Bitcoins and how do they work?

Each Bitcoin is essentially a computer file that is stored on a smartphone or computer in a “digital wallet” programme. Bitcoins (or portions thereof) can be sent to your digital wallet, and you can send Bitcoins to others. Bitcoins can be purchased with ‘real’ money. You can sell items and accept Bitcoins as payment.