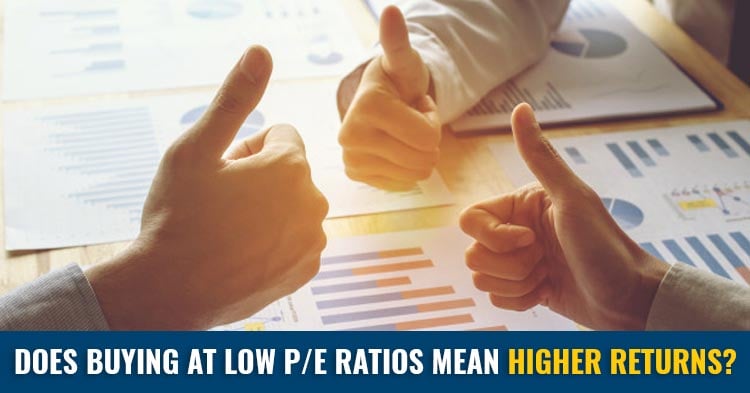 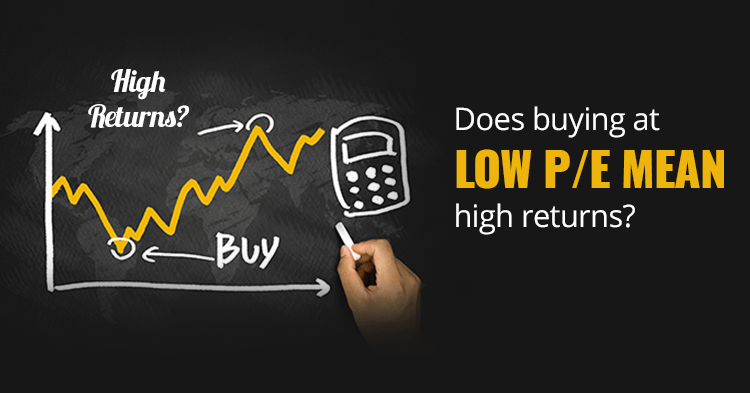 Why is it that FMCG stocks with relatively higher P/E ratios have outperformed in the last one year while PSU banks with an attractively low P/E have continued to disappoint investors? The rules of value investing dictate that one can make higher returns in the stock market by buying good stocks at lower P/E ratio. But if you look at the market outperformers in the last one year then there are stocks like HDFC Bank, Kotak Bank, Hindustan Unilever, Britannia; and all these stocks are quoting at very high P/E ratios. Even if you look within the private banking space, stocks like ICICI Bank and Axis Bank that are available at much lower P/E ratios have tended to underperform compared to banks private banks like HDFC Bank, Kotak Bank and IndusInd Bank. Here are 4 things to know:

Low P/E ratio normally has a story underlying it

Low P/E ratios are not just about bad companies. Even sound companies with structural problems have low P/E ratios. Take the case of downstream oil companies. Companies like HPCL and IOCL quote at low P/E ratios because markets fear that if oil prices go up then the subsidy burden could come back on these companies. PSU banks have always quoted at P/E ratio and P/BV ratios that were much lower than the private banks because there were serious doubts over the quality of assets. Even within the private banks, stocks like HDFC Bank and Kotak Bank have traditionally quoted at P/E ratios that are much higher than ICICI Bank and Axis Bank because the perception of asset quality was much superior in their case. That has been borne out by the asset quality in the last few quarters.

Low P/E ratio and the value trap to beware

Quite often low P/E ratios are actually value trap to pull investors into them. Take the case of stocks like Satyam (2005 to 2009), HFCL (post-2001) and GTL (post-2001) which would traditionally quote at a discount to their peers. This was not a value proposition but a value trap in reality. Investors who bought these stocks at low P/E ratios actually got caught in the stock as valuations went further down. Most of these companies do not have any worthwhile operations as of today. The more difficult case of value trap is when erstwhile valuation stars in the market undergo structural changes. Take the case of stocks like Lupin and Sun Pharma. These stocks saw their P/E ratios falling from the 40+ levels to the 20+ levels. This was again a value trap as the Indian pharma industry was going through a major transition. The global competition in the generics industry was getting tighter, there were lower price options available in for the US market and the US FDS came down hard on these companies for usurious pricing. Over the last 10 quarters we have seen the sales growth; profit growth and the ROE of these stocks come down in tandem with their price. Beware of such value traps!

For most stocks, the question is whether the P/E ratio is the cause or the effect. The simple way to look at P/E ratio is that it is what we get when we divide the market cap of the company by its profits. The result is the P/E ratio. But in reality, market valuations are determined by P/E ratio and not the other way round. Markets look at P/E ratio at the price that the investor is willing to pay for each rupee earned in the form of EPS. Two companies in the same industry with the same EPS may be quoting at vastly different P/E ratios. That could be for two reasons. Firstly, the company with the higher P/E Ratio could be due to more stable and predictable earnings growth whereas the low P/E stock could be the cyclical play. This happens to products within the same industry. Secondly, the P/E differentiation could also arise due to quality of earnings. Companies with more of operating profits and a more diversified customer base will enjoy better valuations in the same market. The crux of the market is that it is P/E ratio that is normally determined by the market based on what value to assign to each rupee of earnings by the company. The market price is just the outcome.

This is the real utility of a P/E based approach to investing. While you could go wrong by buying low P/E stocks in the market, the logic works largely when the approach is taken at a market level. If you look back at the last 20 years in the market, there were two occasions when the Nifty index was available at a P/E of below 12X i.e. in the years 2002 and 2009. Had you bought the Nifty in either of these years, you would have made huge returns in the next few years. Similarly, the Nifty was quoting at valuations of over 28X P/E in early 2008 and late 2010. On both these occasions, if you had bought into the market, you would have seen massive value destruction. The moral of the story is that at an overall index level the P/E approach works much better than at the stock level!

If not P/E, then what should one look at?

That is the million dollar question. If P/E does not always work in case of stocks, then what works? It has to be a mix of quantitative and qualitative factors. Combine P/E with other indicators like profitability, asset turnover, leverage, financial risk, growth rate etc. Also add qualitative factors like quality of management, corporate governance standards, value of brands etc. It is only when all these are combined that you actually get a realistic approach to stock valuation. It needs to be reiterated that while P/E at the level of individual stocks may not always be a good indicator, it is a fairly good indicator when it comes to the market as a whole.