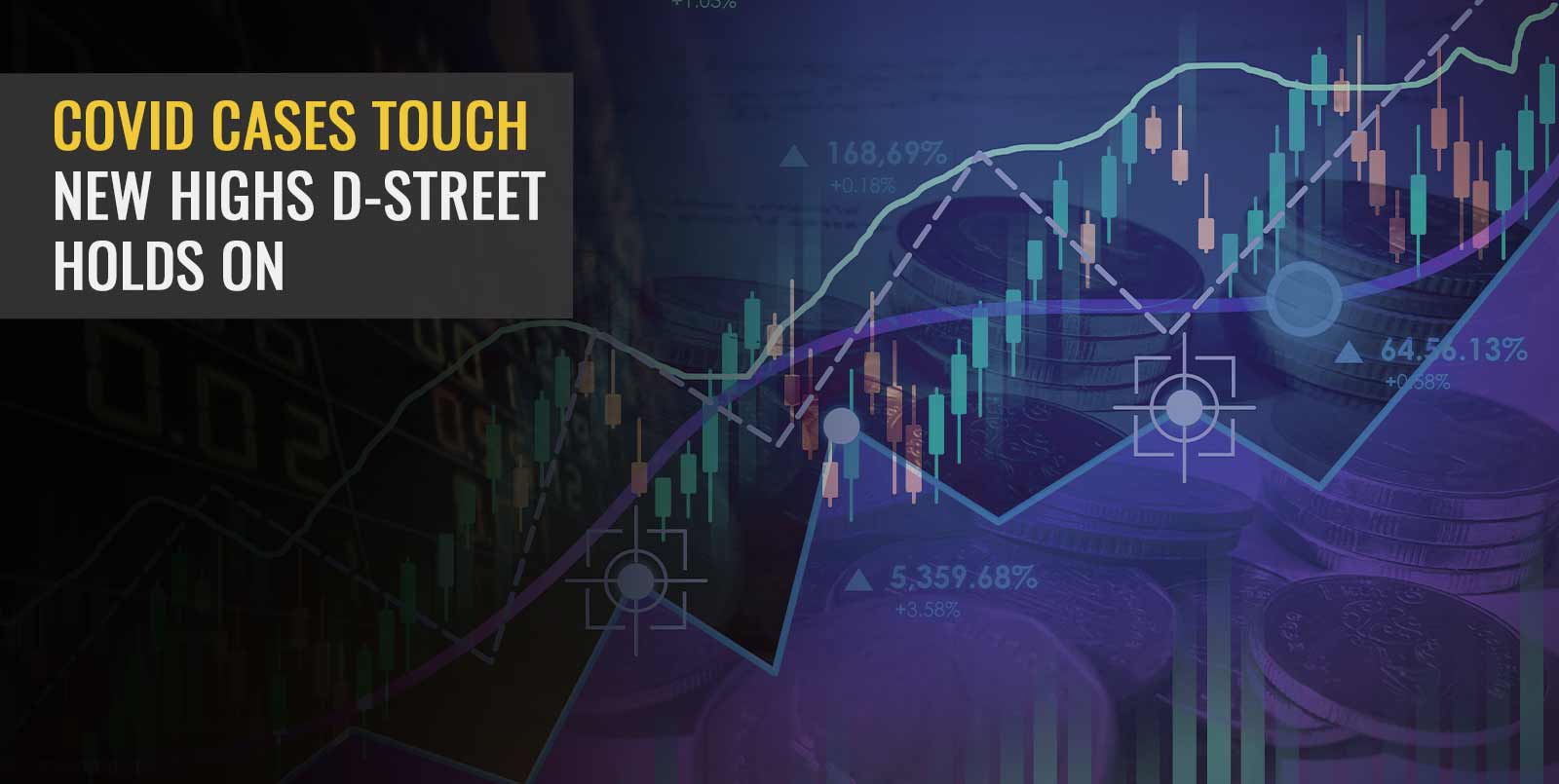 India recorded more than four lakh new fresh Covid-19 cases on Wednesday and registered more than 900 deaths, its highest ever increase in cases. Even as the second wave spreads across the states, the stock markets in India have not crashed like the fall of March 2020.

Although since mid-February this year, the Nifty 50 Index has inched down slightly the decline is less than 5 per cent since then, not a drastic crash. Experts say that the worst has been factored in even as the Nifty 50 has fallen in the 5 per cent range since the second wave started.

In early one-hour trade today, (May 6), the NSE Nifty 50 Index inched up 0.29 per cent while the Sensex went up by 0.18 per cent. On May 5, the US decision to waive intellectual property rights on Covid-19 drugs was seen as a positive cue for the Indian benchmarks. This decision is expected to boost vaccine production across the world and India.

Although shortages and the slow pace of vaccination have hampered India’s fight against Covid, on the brighter side, the RBI Governor’s liquidity measures may have come at the right time for Dalal Street. The RBI on Wednesday announced a Covid-19 package of Rs 50,000 for vaccine makers, hospitals and patients, apart from suppliers of medical equipment. Also, the apex bank has stated that small businesses and individuals who have loans outstanding worth Rs 25 crore and have not availed moratorium or restructured loans last year can now get their loans restructured for up to two years. On the back of these announcements, the benchmark index Nifty 50 went up 0.84 per cent while the BSE Sensex closed 0.88 per cent higher.

The Indian markets may not see another March 2020 crash for other reasons. India’s exports have remained robust amid the Covid second wave. According to data released by the Ministry of Commerce, export of merchandise shot up by a record 197 per cent in April 2021 while imports went up by 166 per cent, from the same time last year. This increase may be attributed to the low base of 2020 when supply chains were disrupted but it also shows that order booking for exporters is robust and may increase as the situation improves.

The fourth-quarter earnings season has also begun well for India’s corporates. The total net profit of 81 firms that announced quarterly results towards the end of April was up 36.2 per cent year on year.

Localised lockdowns may not hamper markets

Another main reason for the low impact on D-street is the absence of a nationwide lockdown. When cases started to spread across the states during the first wave in the summer of 2020, India imposed a 21-day stringent nationwide lockdown; prior to that the Prime Minister announced a ‘Janata curfew’ for a day on March 22, 2020. The Sensex crashed over 3,900 points or 12.71 per cent on one day, hitting the lower circuit limit, an unprecedented low for the benchmark index. This time round, in spite of a second wave and local restrictions and partial lockdowns, there has been no clampdown on manufacturing activity. The Manufacturing Purchasing Managers’ Index or PMI for April was at 55.5, only a negligible change from 55.4 in March.

Immediately after the low of March 2020, the Sensex began its upward trajectory, and in spite of volatility, on February 3, 2021, just over ten months after the rise started, the Sensex crossed the 50,000 mark and recorded a 93 per cent rise compared to the March 23 low, when it was under 26,000 levels. The Nifty too has risen more than two-folds from the low of March 2020, with the index touching a record peak of 15,432 in early February 2021. The reasons include an accommodative stance of the central bank in India and global liquidity levels, apart from record foreign institutional and portfolio investments into the country.

As India battles its stronger second surge, the peak of the wave will also be an important determinant for the markets. While some experts say the surge may peak by Mid-May another says it may take till June. If the peak comes sooner, the impact on economic recovery may be lower.

While India battles a second wave of the pandemic, the stock market has, by and large, held on owing to a combination of factors including the absence of a nationwide lockdown and an increase in manufacturing activity. The RBI’s latest Rs 50,000 crore stimulus package for vaccine makers and medical equipment manufacturers, apart from hospitals and patients has also aided the markets.