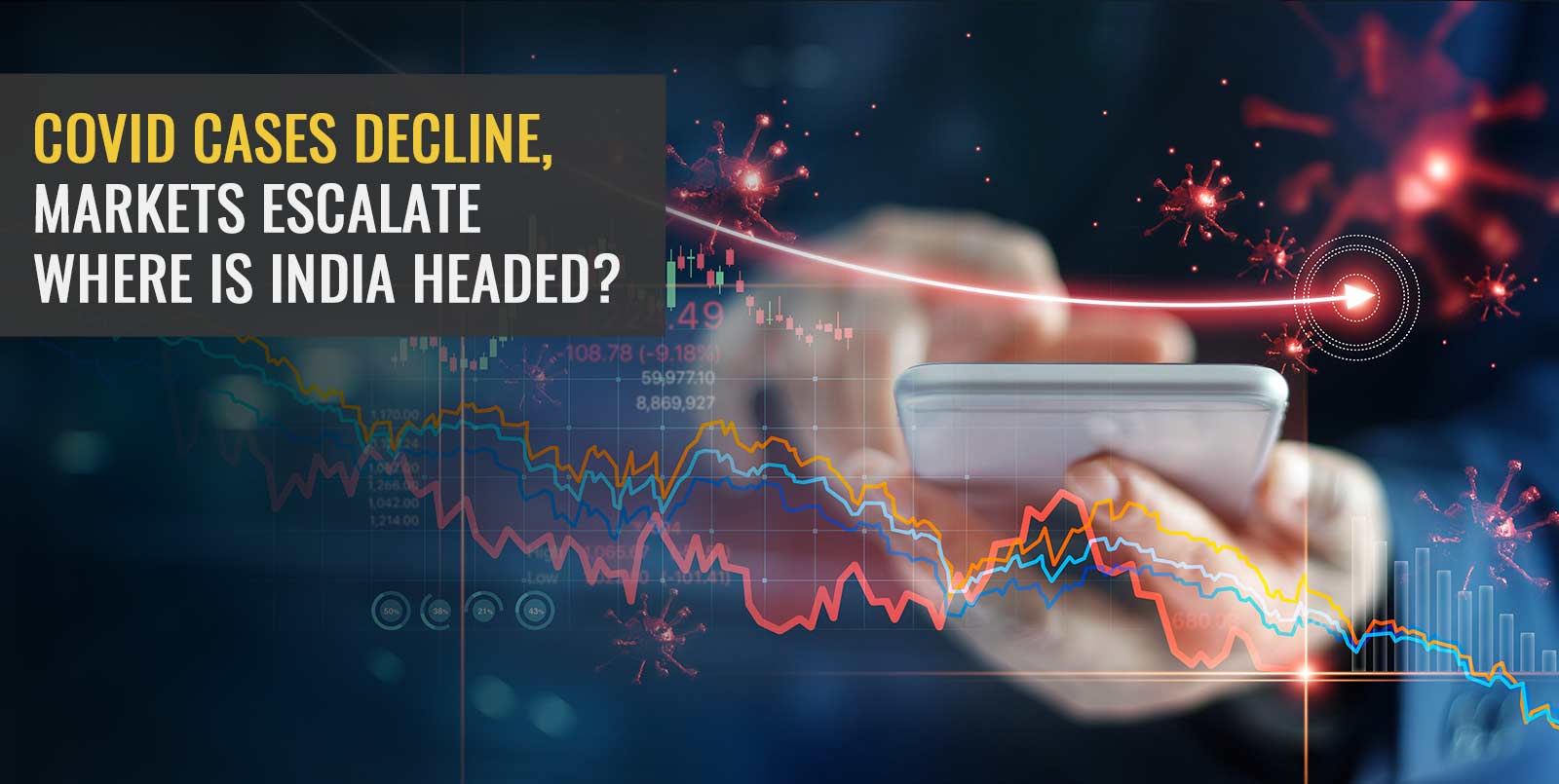 At the beginning of February 2021 itself, India set a record for crossing the 60 lakh figure for the Covid-19 vaccine administration in 24 days, the fastest in the world. Although 9,110 new Covid cases have been reported in recent days, the number was lower than that of recoveries (14,016). This amounted to the total number of infections falling below 1.4 lakh. Although India is only second to only the US in number of confirmed cases, the number of active cases and deaths has been declining steadily.

With this dynamic status quo, how are our markets and our economy being affected? Let’s investigate.

The impact so far

Multiple worrying statistics have made the record-breaking negative impact of the pandemic upon the world economy apparent to us. Multiple stock exchanges witnessed their worst numbers since the Great Recession of 2008. Unemployment rates shot up across developed and developing countries. Many countries are still quite low in new job numbers. With most nations in recession, the IMF estimated a 4.4% shrink in the global economy in 2020. Again, a new low since the Great Depression of the 1930s.

In 2020, China was the only major economy that experienced growth. It recorded a significant 2.3% growth. Now, as extended lockdowns threaten recovery in Western nations, the East is hinging on China for its own rise back to normalcy and flourish.

In an important statement, the IMF predicted a global growth of 5.2% for 2021. Experts are of the opinion that this growth will be majorly driven by China and India, with growth figures of 8.8% and 8.2% respectively.

The much heralded Economic Survey, which was tabled by the government right before the 2021 Budget, had stated that India is now reaping a ‘lockdown dividend’ that it has earned through preventive measures at the beginning of 2020 and its policy adoption of short-term pains for long-term gains. It also commented upon the much-talked about V-shape recovery that India is now experiencing, despite the huge economic shock suffered at the hands of the pandemic last year. This has been possible due to a stable currency, forex reserves, a suitable current account, and positive signs in manufacturing sector output.

How did we do it?

Firstly, India imposed the strictest lockdown at the very beginning of 2020. This helped us flatten the pandmeic curve and gave us the required leverage to enhance our health infrastructure and testing facilities alike. In the face of gigantic uncertainty, our country adopted a Bayesian strategy updating to continuously calibrate responses while at the same time, gradually implementing the unlock policy and easing up economic activity.

India has had two long decades of stop-start economic growth. According to experts, our long-term future now depends on how we recover from 2020, and sustain the acquired growth. They are of the opinion that the ongoing decade is so critical to India’s economic health that it will determine how India capitalizes upon its favorable demography in 2030s and 2040s. Some are calling this the ‘Healing Decade’ for the Indian economy. If the ‘healing’ doesn’t succeed in this decade, we are only bound to see gradual decline in the next few ones, as per experts. Basically, the next 10 years are make-or-break for us.

Since being one of the first countries to impose a lockdown, India has only steered towards a V-shaped recovery. In the fiscal ending March 2021, our GDP contraction has been forecasted to touch a record 7.7%.

What can markets expect?

With a steady recovery and an encouraging Budget, we have already witnessed stock exchanges going up by leaps and bounds. With all sectors recovering and some even coming by to pre-Covid levels, the markets can only hope for better things now. With an influx of liquidity through consumption-focused measures, the individual household and individual investor have a lot to thank for, to spend on, and even to invest in.

It would be safe to declare that the pandemic has given our economy a chance to sit back, reflect, and face our long-term structural challenges head-on. To rephrase legend P.Sainath, everyone loves a good pandemic. If so does our economy and makes gold out of it, we are eyeing a future like never before.