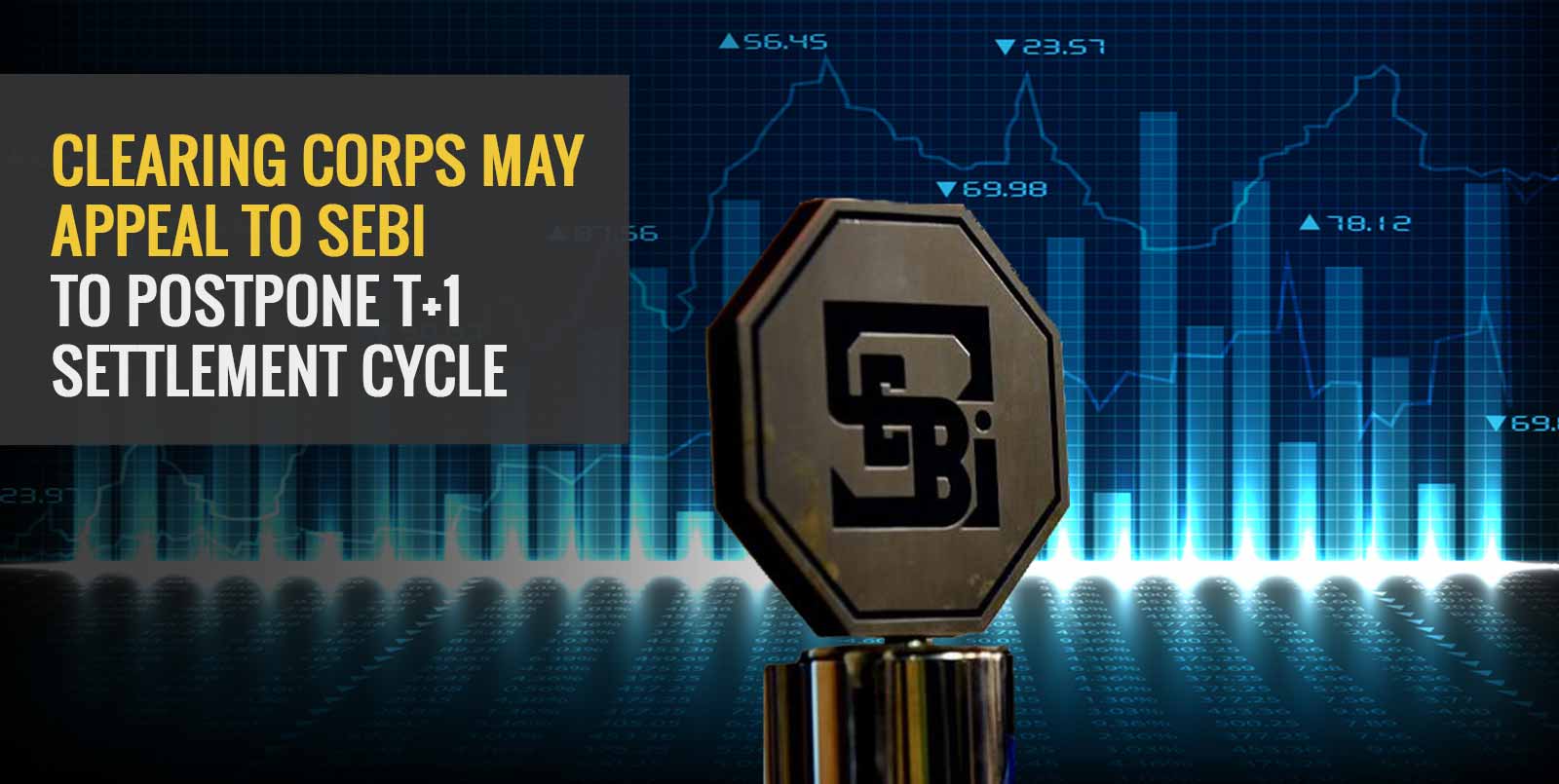 Clearing corporations (CCs) of stock exchanges are likely to appeal to capital markets regulator SEBI to defer the launch of the new T+1 settlement cycle by some months, according to news reports.

The concern of the CCs is reportedly that their systems may be unable to handle the new settlement cycle by January 1, 2022 because the banks that handle foreign investors’ back-office functions would not be able to bring their processes up to date by the end of this year. The CCs may reportedly seek a deferment by at least four months.

Many leading global banks and financial institutions have a maintenance break during December, when IT teams take up routine testing tasks, which means they may not have the ability for an upgrade ahead of the January 1, 2022 deadline, reports note.

What are the T+1 and T+2 settlement cycles?

According to the new settlement cycle, if an investor sells shares on T day, i.e. the day of the trade, the settlement happens in one day, and investors are able to get the proceeds of the sale on the next day, ie, trade plus one. The buyer would get their shares in the demat account on trade day plus one day. In the T+2 settlement cycle, the trades are settled two working days after the day of trade.

As per a SEBI circular issued in September, a stock exchange that chooses the T+1 cycle for a particular scrip would need to continue with the cycle for at least six months. Once the six months are over and if the exchange wishes to, it could issue an advance notice of a month before switching back to the T+2 settlement cycle.

However, it may be recalled that foreign portfolio investors (FPIs) have appealed to the markets regulator to postpone the launch of the T+1 cycle citing operational issues and differences in time zones.

Clearing corporations associated with Indian stock exchanges may seek deferment of the T+1 settlement cycle by at least four months, according to some news reports. The CCs have cited operational issues, including the inability of custodian financial institutions of foreign investors to upgrade their systems ahead of the January 1, 2022 deadline. Capital markets regulator has given exchanges the option to the shift to the new settlement cycle for select scrips by January 1 next year in a bid to boost market liquidity and robustness.

What is the T+1 settlement cycle?

As per the T+1 settlement cycle, the settlement of a trade occurs one working day after the trade is executed (trade day plus one). So, a buyer gets shares in their demat account and seller receives the proceeds on trade day plus 24 hours.

What is the settlement cycle India currently follows?

India currently follows the T+2 settlement cycle, according to which an investor receives proceeds from sale of stocks or gets shares from a purchase on trade plus two days.

What is the SEBI deadline for exchanges to opt for T+1?

The SEBI deadline to exchanges to choose the T+1 settlement cycle for select scrips is January 1, 2022. Accordingly, the exchanges would need to issue a one-month advance notice to all stakeholders before making the switch to the new settlement cycle.