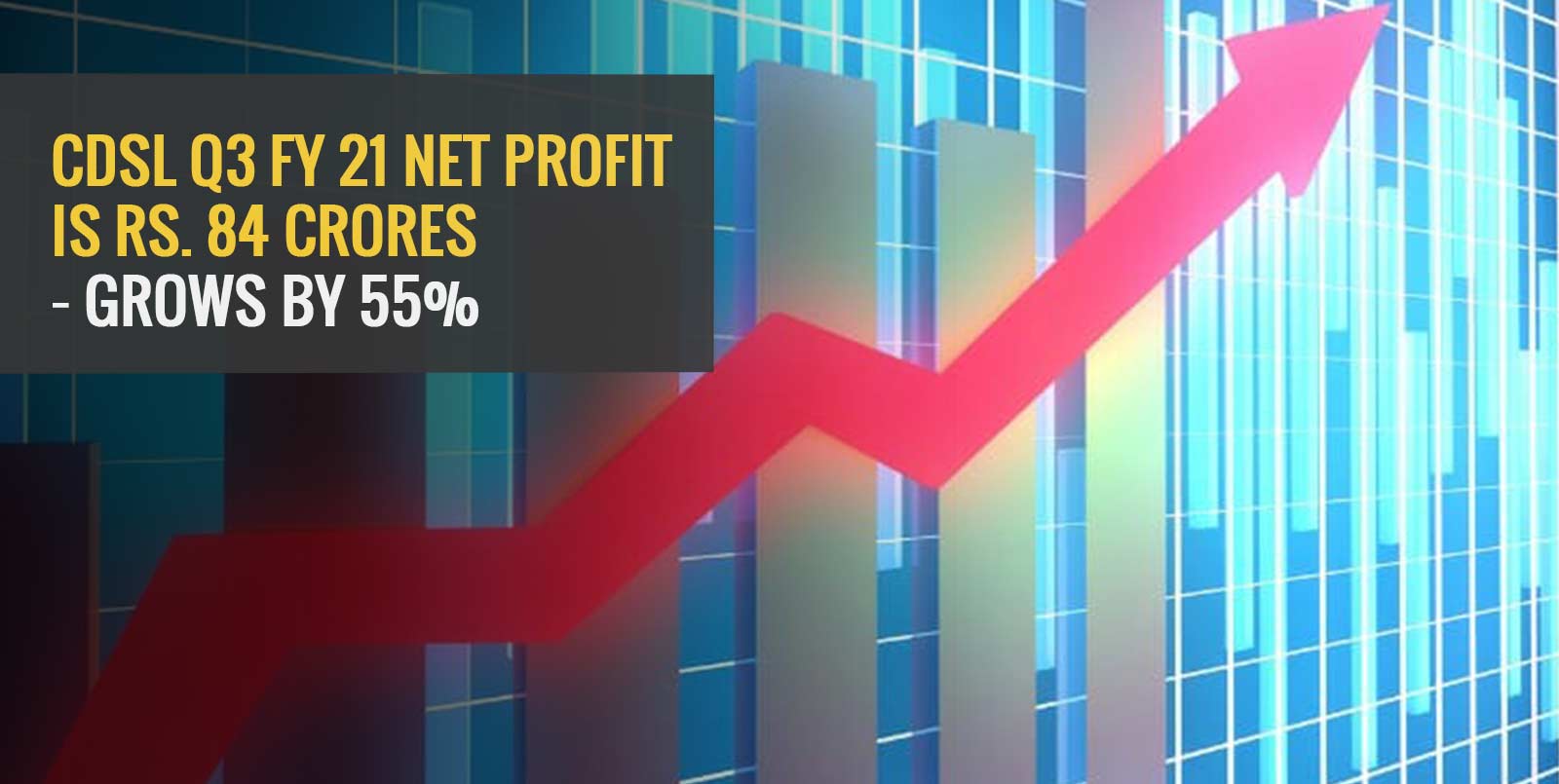 What About CDSL’s Income in Q3?

The total income of CDSL increased by 58% and stood at Rs. 162.93 crores during quarter 3 from Rs. 103.20 crores in the preceding fiscal’s 3rd quarter. CDSL is the 1st depository to book 5 crores Demat accounts during November 2021. In addition, it registered 91 lakh Demat accounts in the 3rd quarter of FY 22.

The company facilitates transacting and holding securities electronically and helps to settle trades through stock exchanges. It services and maintains over 5.50 crore Demat accounts of BOs (beneficial owners) or investors throughout India. Above 590 depository participants of CDSL from more than 21,400 locations service the BOs.

What Is the Background of CDSL?

CDSL is a leading listed depository of India, with a goal to provide secure, dependable, and convenient depository services to the market participants at reasonable prices. SEBI approved its commencement of business in February 1999.

A major part of its business is transaction-oriented and is related to trading volume. The entity’s business depends on the price range on stock exchanges and the degree of delivery-related volumes. Hence, a fall in market liquidity and trading volume can adversely impact the company’s operations.

CDSL is known for its clean balance sheet and strong fundamentals. Its stable income is generated through innovative service implementations, high economies of scale, and low operational expenses.

CDSL created a milestone with five crores investor accounts during the third quarter. Its robust margins are a result of its safe and convenient business model. The transaction-oriented charges from depository participants and fixed yearly fees from registered entities sustain its stable operating income.

Go through Angel One blogs to get the latest updates about investments, stock market, and IPOs.

The Bombay Stock Exchange has initially promoted CDSL, after which it divested the stakes to major banks.

2. What are the other online facilities of CDSL?

3. What is the incorporation year of CDSL?

The incorporation of CDSL took place on 12 December 1997 in Mumbai. The Ministry of Corporate Affairs approved its commencement on 19 December 1997.