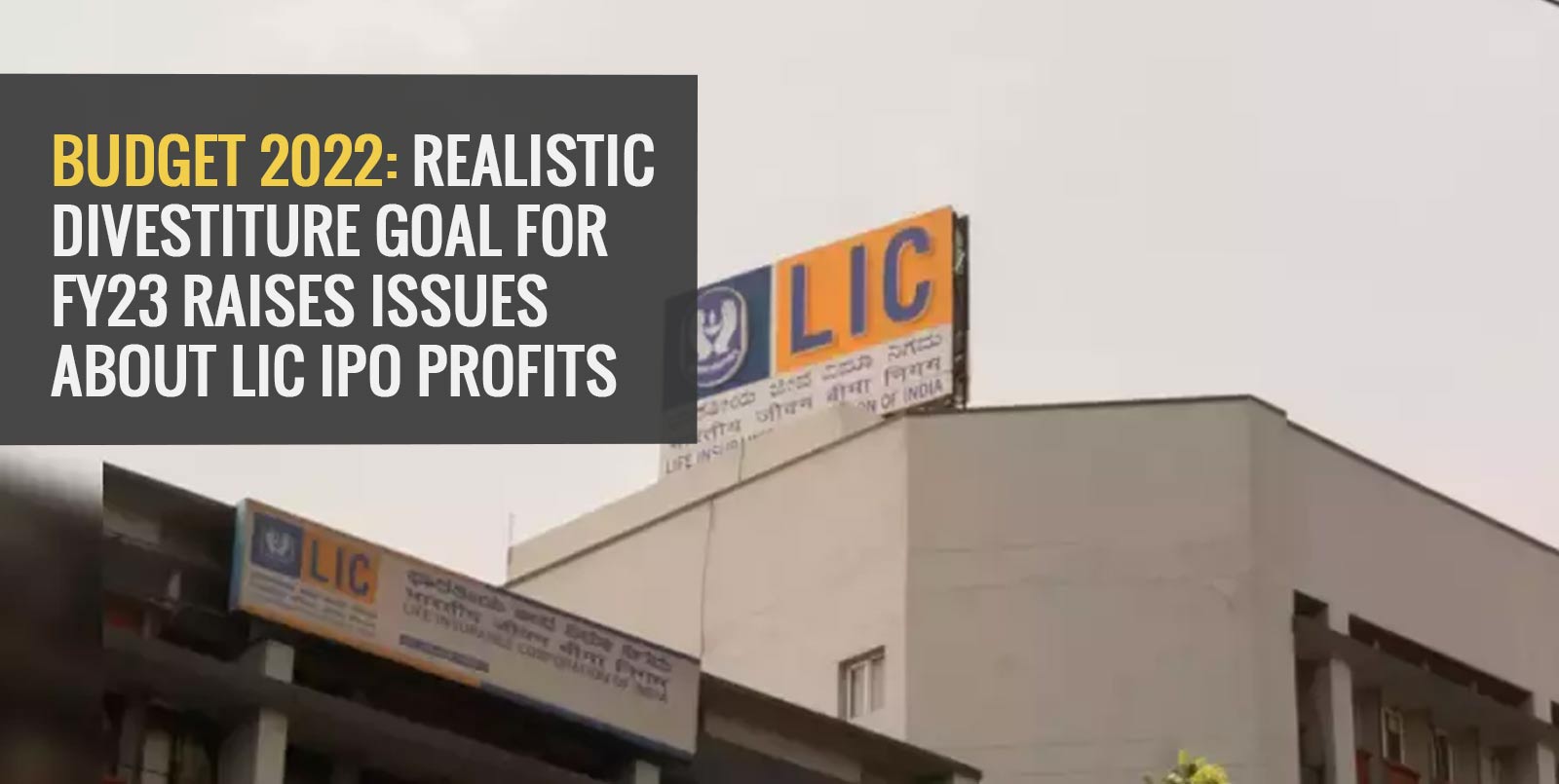 When it came to the administration’s disinvestment objective for the following fiscal year, the catch was in the details, as it is with most budgets. The government plans to raise Rs 65,000 crore via disinvestment in state-owned firms in 2022-23, compared to Rs 1.75 lakh crore in 2021-22, according to the budget paper. Economists had estimated the disinvestment objective for the following financial year at Rs 1.2 to 1.5 lakh crore going into the budget, which reflects the overall gasp from the financial world when the estimate for the next financial year was released.

Even the stock market was shaky, with key indexes losing more than 1% of their gains and the Nifty CPSE Index falling roughly 1%. Benchmark indexes rebounded to conclude about 1.5 percent higher at the closing of the session, while the CPSE index regained the majority of its losses. Given the government’s razor-sharp emphasis on lowering its role in business, the removal of the disinvestment objective from finance minister Nirmala Sitharaman’s statement was revealing.

The lower-than-expected disinvestment aim has economists, market players, and even reporters asking where the planned initial public offering (IPO) of the Life Insurance Corporation of India (LIC) fits into all of this. While the finance minister said that the IPO would most likely take place this fiscal year, the divestment statistics have prompted questions about how much money the government will be able to raise. There are three conceivable possibilities for how the LIC IPO may affect the government’s disinvestment revenues, based on the data stated in the budget.

Several media outlets reported in August that the government was considering splitting the LIC issuance into two halves due to worries that its massive size, the largest in Indian capital market history, might be too much for the market to manage.

If that’s the case, the government might be looking to raise roughly Rs 54,000 crore from the LIC IPO’s first round. This is supported by the fact that the revised estimate for disinvestment for the current fiscal year is Rs 78,000 crore, and the government has so far earned a little over Rs 24,000 crore.

Various sources reported earlier this month that the government is seeking a value for LIC of $203 billion from investors. A sale of a 5% interest by the government might enable it to raise Rs 75,000 crore at that price. If the LIC IPO is going to be completed in one fell swoop, it might indicate that the government has lowered its value expectations. The life insurance giant was largely projected to be valued at roughly $160 billion, according to analysts.

The prudence demonstrated by the government’s projections on spending and revenues in Budget 2021-22 was notable. Despite evidence of a strong rebound in the formal sector, the budget set low expectations for tax growth and other revenue items.

With recent budget receipt forecasts being modest compared to what economists projected, the government may have taken a similar approach this year as well. In her post-budget news conference, Minister Sitharaman declared, “I believe we’ve been extremely realistic.” With other targets still looking for buyers, the government may be hoping to outperform this time.