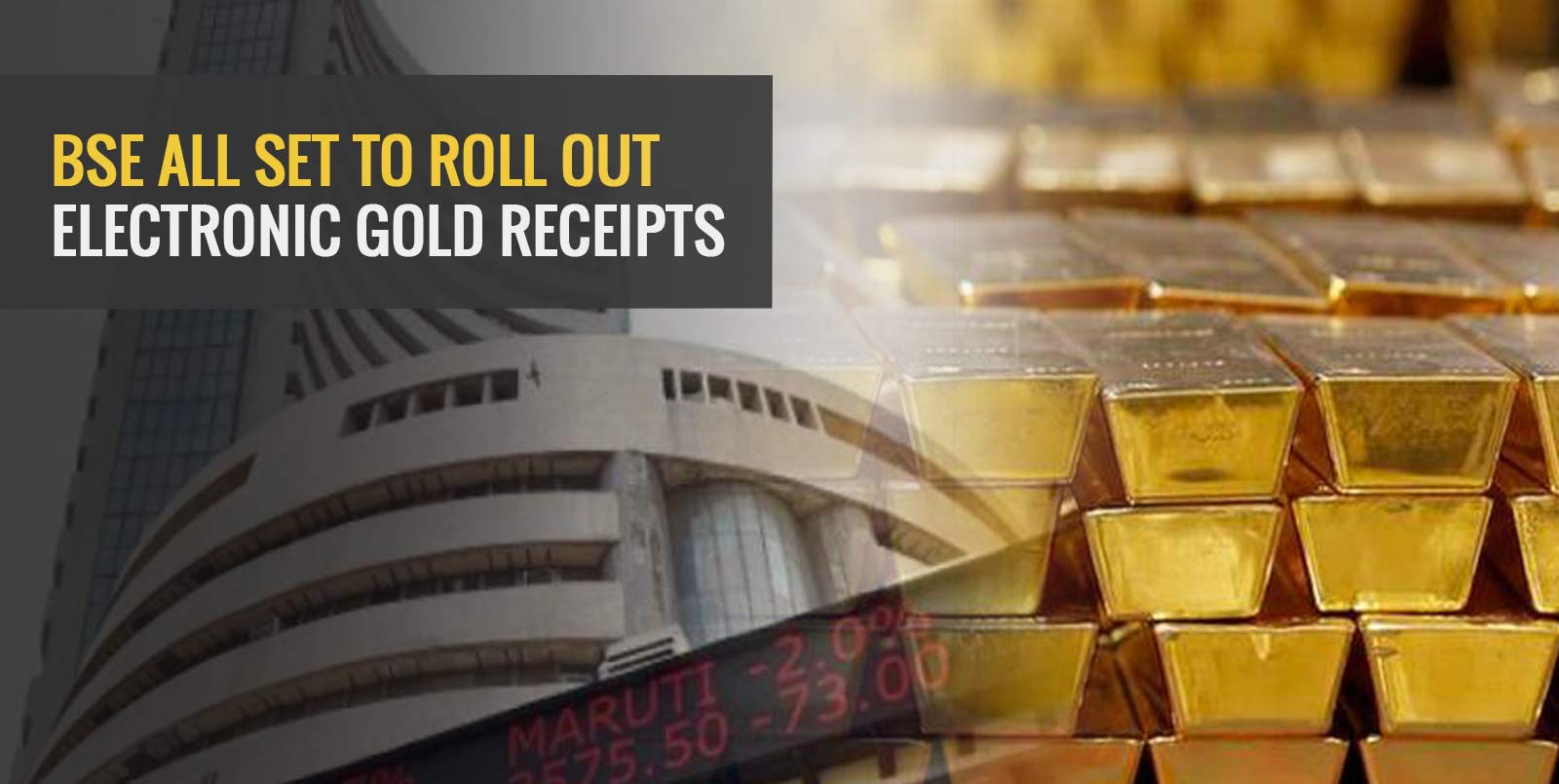 The BSE has noted that it has the preparedness in terms of technology to bring in electronic gold receipts (EGR). The introduction of electronic gold receipts is expected to create a standardised pricing structure of the precious metal. The BSE will reportedly seek the approvals required for the introduction of the EGR from capital markets regulator SEBI, ahead of the launch.

The board of SEBI gave the go-ahead towards the end of September to a recommendation to launch a gold exchange wherein the precious metal will be traded.

What is an EGR?

Any investor can buy an electronic gold receipt as a representative of the physical gold that is stored in vaults. The e-receipts, according to the SEBI gold exchange framework, will be handled by vault managers who are SEBI accredited. The vault managers are not only responsible for the creation of the EGRs but also for withdrawals, deposits, and redressal of grievances, among others. According to SEBI gold exchange framework, the vault manager would need to have a net worth of at least Rs 50 crore. The denominations that the BSE plans to initially announce include one kilogram and 100 grams but may consider bringing in lower denominations such as 50 grams, 10 grams, and five grams to encourage retail investor participation.

Why was the proposal for an India gold exchange brought in?

India is a price taker and not a price setter in the global markets on the gold front. An India gold exchange, experts note, will help the country become a price setter. SEBI has in a paper noted that the proposed exchange for gold will bring in a robust ecosystem for the precious metal in the country. In the commodity markets ecosystem, price setting is the ability of a market to set prices for a commodity; this price would then be used as a standard or reference by other players for their transactions. A price taker, on the other hand, uses the prevailing international price of gold to set their market’s gold price.

India is reportedly the second largest consumer of gold in India after China. On average, India’s gold demand on an annual basis is around 800 to 900 tonnes, according to data. The country’s consumption of gold for the first three months of the current year rose by 37 per cent from the same period a year ago, to touch 140 tonnes. Also, news reports in September suggest that India’s imports of gold for the month of August almost increased two-fold from a year-ago period, touching 121 tonnes. Further, gold imports for the first eight months of the current year rose three-fold to touch 687 tonnes on the back of the low base of 2020.

Considering these factors, experts observe that a gold exchange would boost trading in spot gold and would also be the initial steps that would pave the way for a price setting ability. Currently, the gold markets in India have split price discovery mechanisms and there is no uniformity. The gold exchange would bring in transparency in trading and also ensure quality, experts note. In the global markets, the London OTC market has been the leading gold trading centre, apart from the US futures market. China set up the Shanghai Gold Exchange in 2002.

The setting up of a gold exchange will enable a single stop destination for both derivatives and spot trading and would help liquidity, enhance scale pricing, and lower costs, experts note.

It may be recalled that the Finance Minister had in the Budget speech of 2021-22 announced the setting up of a gold exchange and had named capital markets regulator SEBI as the regulatory authority for the proposed spot gold exchange as well.

The availability of electronic gold receipts would also add another investment option for gold investors. There is trading in gold futures and options in India but spot gold trading would add a new option, analysts note. Spot trading involves buying and selling of assets at the current or live market price, which is called the spot price.

Digital gold is one instrument that lets you invest in pure yellow metal in digital format. This essentially means the seller safeguards an equal quantity of physical gold in vaults, and a buyer receives a bill or an invoice that represents a specific quantity of gold. Those who invest can sell this gold at any given point and get physical gold. This form of investment is sold via three entities that have also partnered with service providers, so an investor can buy digital gold on leading mobile payment apps or through jewellery brands.

The gold exchange and electronic gold receipts that will soon be rolled out have a regulatory angle to them, making an investment in digital gold safe and transparent, point out experts.

One commodity one exchange

The setting up of an Indian gold exchange may be a stepping stone for other commodities as well, experts note. In a bid to add depth to India’s commodity markets and turn India into a price setter, SEBI has reportedly proposed the concept of “cone commodity on exchange” which essentially means an exchange would choose one or two commodities in which it alone can deal and develop a market for an initial three to five years. After the initial period, other exchanges would be permitted to enter. This would bring in liquidity, according to a SEBI paper from 2020. The markets regulator noted that exchanges can play a key role when they develop a few commodities only by citing the example of markets such as the Shanghai Gold Exchange, Dalian Commodity Exchange (soybean, egg and iron ore), and the Tokyo Commodity Exchange (rubber), among others.

India is a leading producer and consumer of gold, diamonds, silver, iron ore, rubber, tea, cotton, spices, rice and wheat, among others. However, it has not been in a position to set global price, experts note.

The BSE has the technology ready to launch electronic gold receipts on its platform and is seeking approvals from capital markets regulator SEBI for the same. Following the approval, the BSE’s introduction of EGR is expected to pave the way for the standardisation of gold price structure across the country.

A gold exchange allows for spot trading of gold in the form of electronic gold receipts which represent physical gold.

Electronic gold receipts are like any other securities and will be held in a Demat format; they can be converted into physical gold when the investor wishes to. The EGRs will be traded, cleared, and settled on the stock exchange.

The BSE reportedly plans to launch EGR of 1 kg and 100 grams but may extend it to smaller denominations like 50 gms, 10 gms and 5 gms in phases.

No; India is currently a price taker and the setting up of a gold exchange is expected to pave the way for price setting.

Capital markets regulator SEBI is the regulator for the proposed gold exchange, according to the Union Budget 2021-22 announcement.

Currently, India allows trading in gold derivatives and exchange-traded funds and the country doesn’t have a spot exchange for the physical trade of the yellow metal.

India is the second largest consumer of gold in the world after China and reportedly imports anywhere between 800 and 900 tonnes annually.