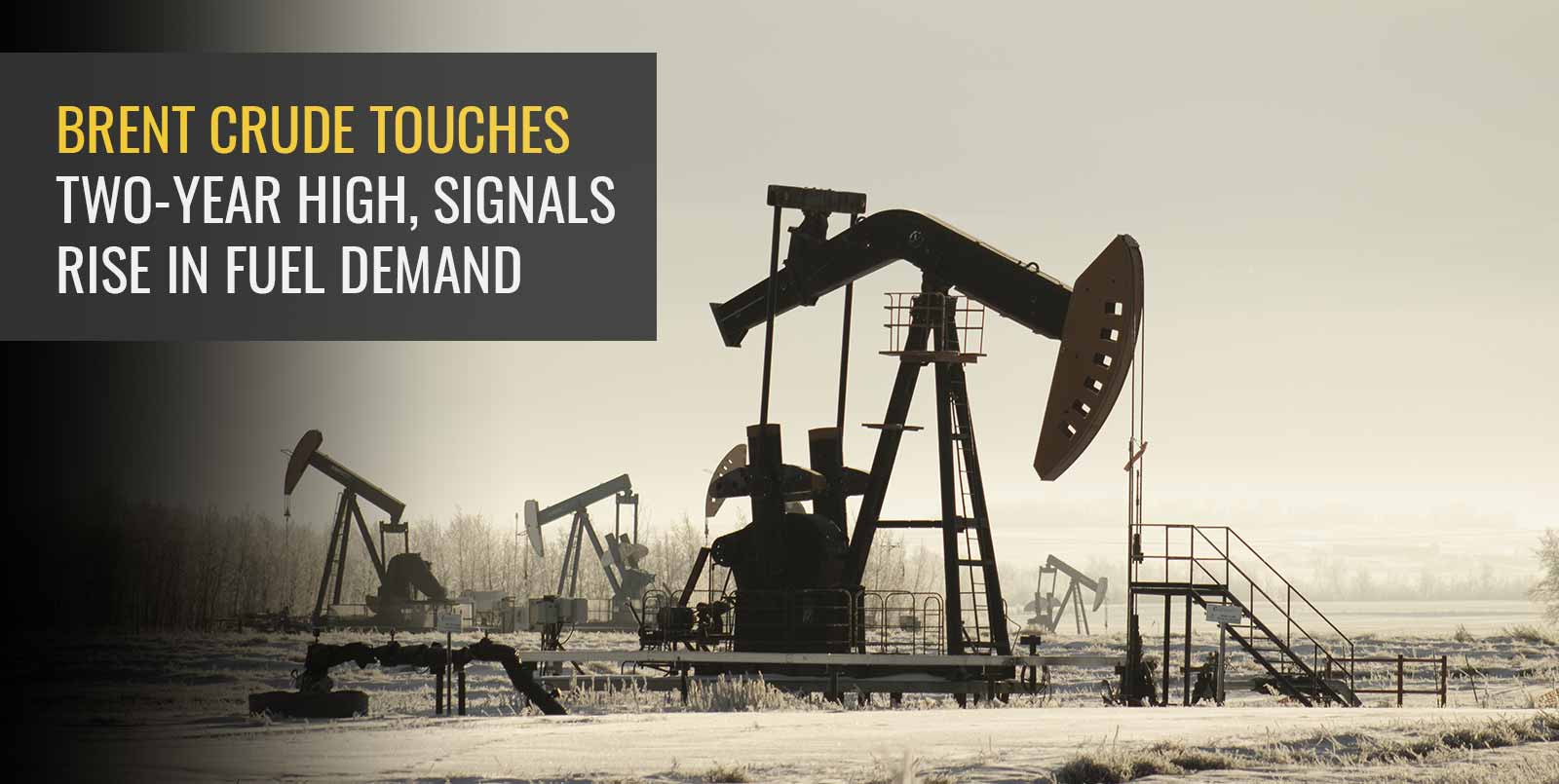 Oil prices shot up to two-year peaks on June 1, as Brent crude traded a little over $70 per barrel. The last time prices breached the $70 mark was in March when Brent inched over $71 for a brief while. Oil futures too traded at this level last in 2019, much before the Covid-19 pandemic took over the world.

Brent crude futures for the month of August rose 1.4 per cent to $70.26 per barrel on Tuesday, while US WTI crude or West Texas Intermediate for July was up 1.34 per cent at $67.66 per barrel.

The rising prices signal a growing demand for fuel during the summer in the United States, which is the world’s largest consumer of oil. Summer also marks the driving season in the US when demand for gasoline touches a peak. Another reason for rising prices was China’s factory activity data, which has shown the fastest increase thus far in the year, for the month of May. Vaccinations in the US and UK, apart from China have been done at a quick pace, which has also pushed oil demand in Europe, US and China.

In India, the immediate repercussion could be an increase in retail fuel prices. Fuel prices have been increasing in the country, even as retail prices in Mumbai are now two times that of New York. The prices of fuel have breached the three-digit level for the first time in most cities.

Typically, as retail fuel prices rise, demand for oil drops but under the current circumstances demand for crude in India is likely to remain high as the country looks to emerge from a second wave of the pandemic. India reported its lowest daily new Covid-19 cases at 1.52 lakh, the lowest in the last 50 days. Pent-up demand for crude, as restrictions ease in the coming months, could offset rising prices.

However, a further rise in oil prices would mean an inflation risk for India, which is an importer of crude and the world’s third largest importer. In April, India’s crude oil imports stood at 18.26 million tonnes, according to news reports. It was unchanged from the month earlier as the second wave led to restrictions on mobility and increase in stockpiles. The rising global demand, pent-up demand in India have meant that oil prices have stayed at current levels.

OPEC+ meet and its significance

The Organisation of the Petroleum Exporting Countries (OPEC)  and its allies known as OPEC+ decided on Tuesday to stay with the current pace of easing supply restrictions till July, in a bid to balance demand recovery expectations and increase in Iranian supply. In April, OPEC+ had decided to supply 2.1 million barrels per day to the market for the May to July period as it expected a rise in demand, in spite of India’s second wave.

Ever since OPEC+ made that decision, oil prices have rallied, gaining over 30 per cent in 2021. The group has sought to balance a possible increase in demand along with a possible increase in Iranian supply. World’s major powers are in talks with Iran to bring back the nuclear accord of 2015. Since the prospects of a resolution in the immediate future are on hold, speculations about sanctions on Iran’s oil exports being lifted are also on hold, adding more support to oil demand and rise in prices.

The group has also agreed to go ahead with a rise of 8.41 lakh barrels per day in July, after hikes in the past two months. Meanwhile, the oil glut during the pandemic in 2020 is now all but over. In early May, the International Energy Agency had said that there would be a strong rebound in demand in the second half of 2021, in its Oil Market Report. The overall increase in oil price and demand for the full year was capped because of slower demand from India, because of the pandemic.

On the stock market front, typically rising crude prices has an inverse relationship with sectors such as plastics, paints, fertilisers, airlines among others that depend on crude as an input. On the other hand, oil exploration companies tend to see their stocks rally on the back of rising crude prices and demand.

Brent crude prices have breached the $70 per barrel mark, on the back of rising fuel demand in the US and parts of Europe. Meanwhile, the global crude glut of 2020 is almost over now, and both the OPEC+ and IEA expect a rebound in demand during the second half of the year, in spite of the second wave impacting global demand in the first half.