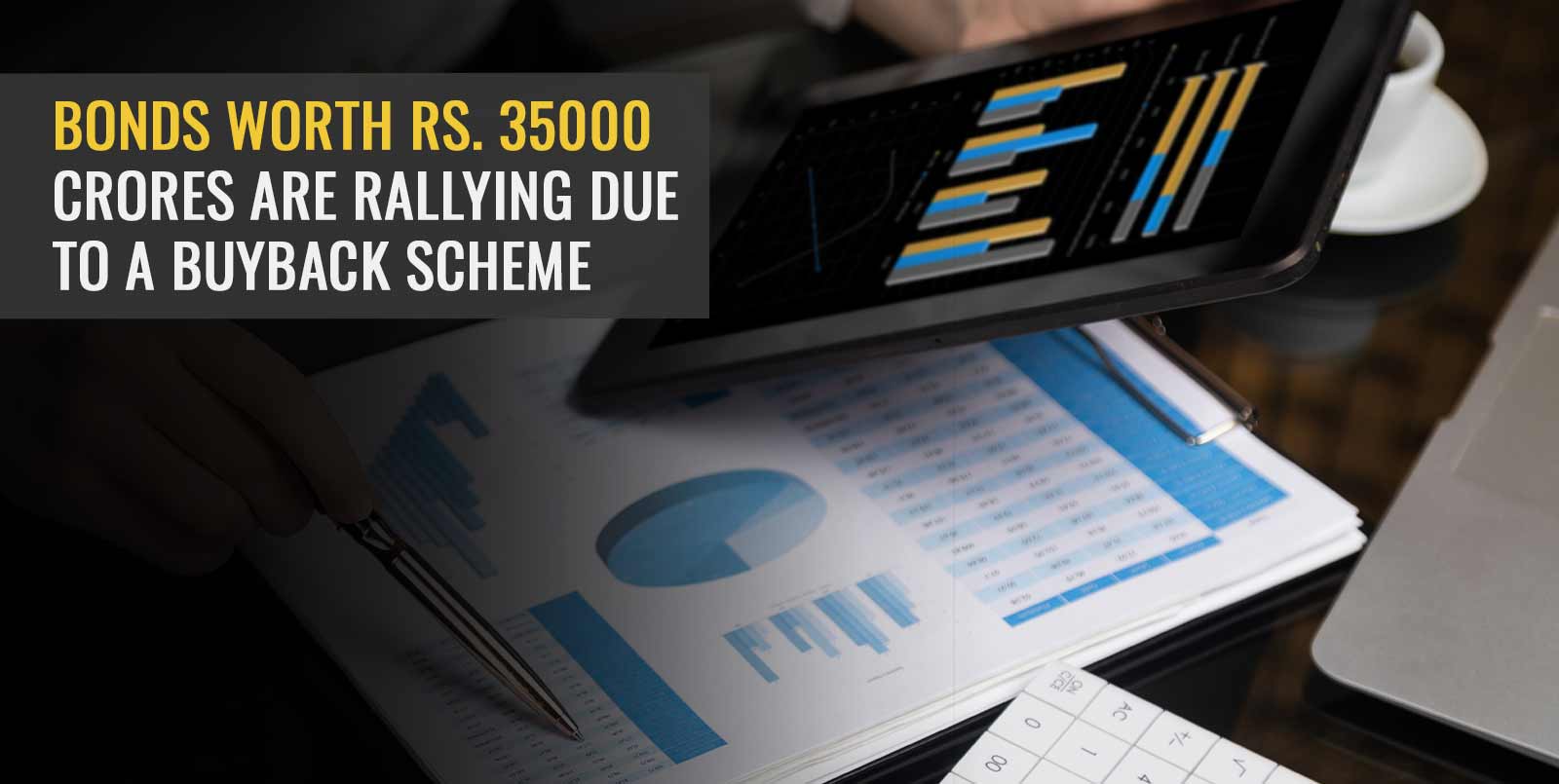 Government bond yields fell below the psychologically significant 6% mark on Wednesday, following the central bank’s announcement of a Rs 35,000-crores bond buyback programme as part of its new pandemic-relief package. Bond dealers, on the other hand, are wary of the rally’s long-term viability, considering the federal government’s and states’ massive borrowing programmes.

Bonds rose after the governor of the Reserve Bank of India outlined the pandemic-relief package, which included monetary aid for the worst-affected sectors of the economy. As a result, the benchmark 10-year government bond yield, which had closed at 6.02 percent the previous session, ended at 5.97 percent. Bond dealers, on the other hand, believe that the small sizes of state loan auctions and the cancellation of government bond auctions mean that buyer demand for government securities is low. As a result, despite the Reserve Bank of India’s support for the gilt market, yields are expected to remain range-bound with an upward bias.

Despite massive government redemptions, the government bond market is currently experiencing muted demand. The US Treasury Secretary’s comment that interest rates in the world’s largest economy can rise soon is also weighing on market sentiment, according to bond dealers. Bond traders expect the 10-year yield to hover between 5.95 percent and 6.1 percent for a few months as a result of all of these factors.

What is meant by Buyback?

If you’re wondering what buyback of bonds and shares is, it’s the mechanism by which a company repurchases its own stock from its shareholders. In this way, the corporation that had previously issued shares pays several of its shareholders and absorbs the portion of ownership that was previously held by several investors.

For a variety of reasons, a company might do so. A consolidation of ownership, a boost to the company’s finances, or undervaluation are only a few examples.

Significance of Buybacks on Dividends

When a security is bought back, the tax rate is determined by the length of time the security has been kept. If shareholders sell their shares for a buyback after a year, they will have to pay a 10% tax on their earnings. Short term capital gains of 15% kick in if the sale is made within a year of owning the shares.

What does a Buyback imply for Shareholders and Investors?

The concept of share and bond buybacks gives you a good understanding of what it means for businesses, but it’s also an appealing proposition for investors. This is how it works: when a company buys back its stock, the amount of outstanding shares decreases, while earnings per share (EPS) increases. If a shareholder does not sell their stock, it means they now own a greater proportion of the company’s stock and, as a result, have a higher EPS. Many who plan to sell their shares benefit from the buyback because they can sell at a price that is convenient for them.

Another response to the question of what does a stock buyback mean for investors is that it indicates that the business has cash on hand. It ensures the company has no cash flow issues, and investors can be assured that the cash was used to repay shareholders rather than investing in other properties.

Consider the following factors before committing to a Buyback

To summarise, buybacks of bonds and securities occur when corporations want to repurchase a portion of their current stock from existing shareholders for a variety of reasons. This includes, among other things, consolidating their ownership, increasing investor trust, and increasing stock price.