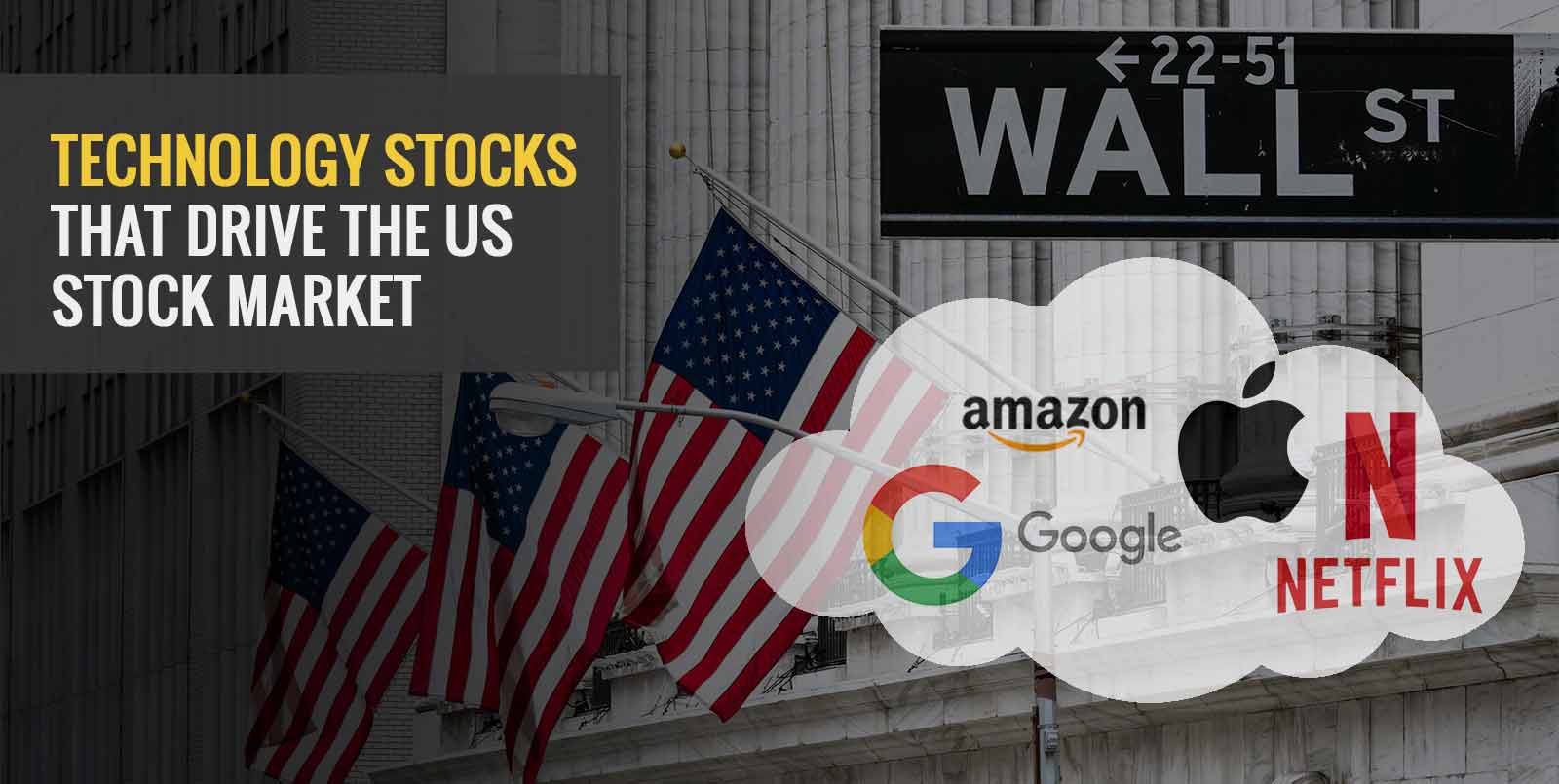 Have you heard of the FAANG? Technology companies like Facebook, Amazon, Apple, Netflix, and Google specialize in the production and management of technology-related products and services. These companies are involved in businesses like manufacturing hardware and software, running e-commerce services, building robotics applications, digital electronics, etc. The stocks of many technology companies, big and small, are listed on US Stock Exchanges like NASDAQ and New York Stock Exchange (NYSE).

The movement of the US Stock Market exchanges depends heavily on Technology Stocks. The stock exchanges have a lot of exposure to many Tech companies, including the old tech giants like Apple and Microsoft and the relatively new ones like Netflix and Alphabet Inc (Parent company of Google).

NASDAQ 100 index comprises the top 100 US non-financial companies. In 2020, the top 6 technology companies -Apple, Alphabet, Meta, Microsoft, Amazon and Tesla- owned more than half the value of the NASDAQ100. You can conclude that the stock price movements of these tech giants majorly affect the index movement of NASDAQ100.

In the Stock Market language, investors and traders use a popular term called ‘FAANG’. It stands for the Five technology giants with a combined market capitalization of over $7 trillion. FAANG is Facebook (META), Amazon, Apple, Netflix and Google (Alphabet). Let us learn some interesting facts about each of them–

Disclaimer: This article is written for educational purposes only. The securities quoted are only examples and not recommendations.