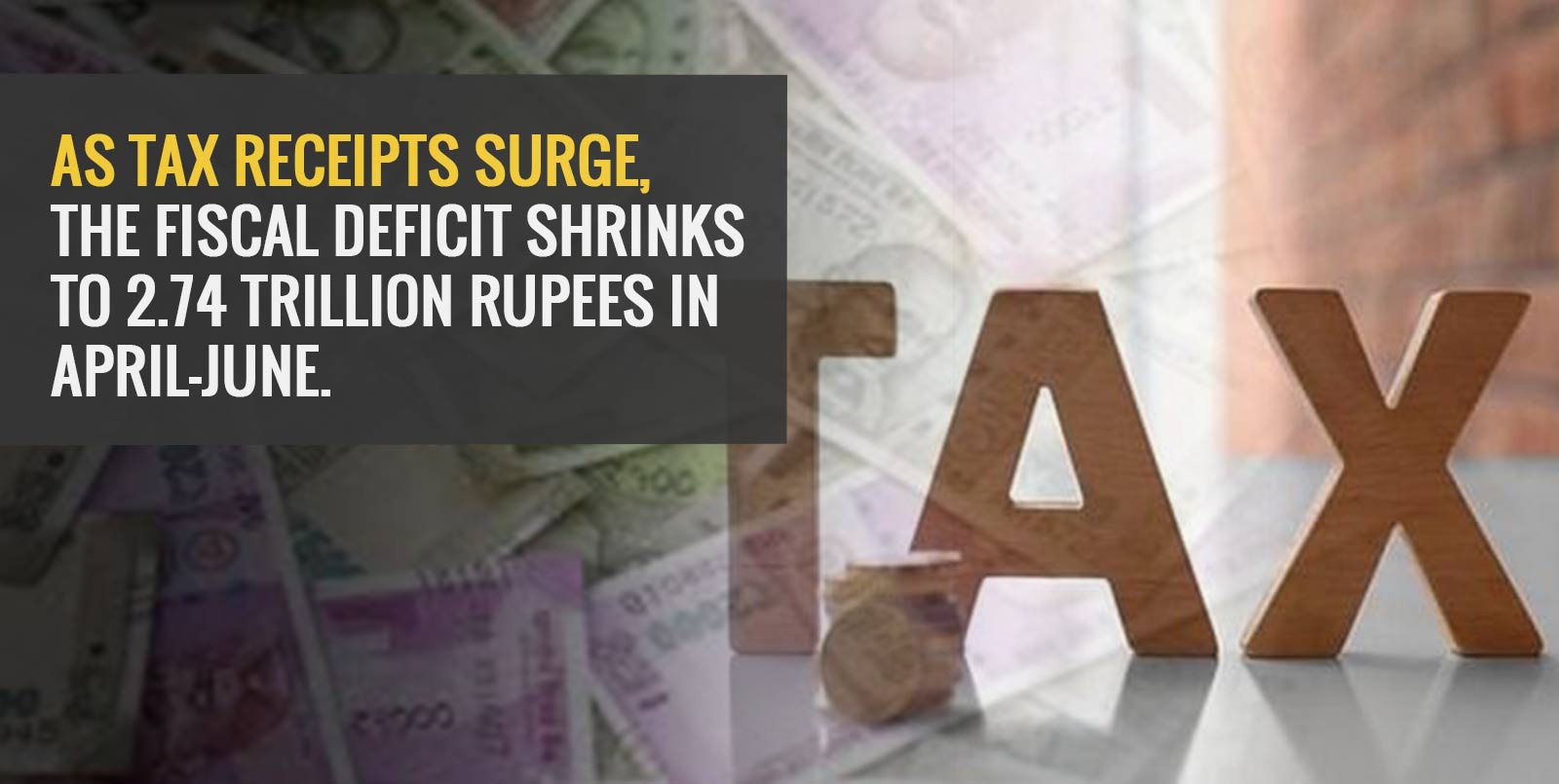 According to figures provided by the Controller General of Accounts (CGA) on Friday, the government’s fiscal deficit at the end of June was Rs 2.74 trillion, or 18.2 percent of the full year’s budget forecast.

The government projects a budget deficit of 6.8% of GDP, or Rs. 15,06,812 crore, for the current fiscal year. The fiscal deficit, or the difference between expenditure and revenue, for 2020-21 was 9.3% of GDP, which was lower than the 9.5 percent forecast in the budget’s updated estimates in February.

Recovery of loans worth Rs. 3,406 crore and disinvestment earnings totalling Rs. 3,996 crore make up non-debt capital receipts. In addition, the Government of India has contributed Rs. 1,17,524 crore to state governments as part of the devolution of share of taxes until June 2021.

The Economic Impact of the Fiscal Deficit

Most economists and government consultants preferred balanced budgets or budget surpluses until the early twentieth century. As part of a focused fiscal policy, governments could borrow money and increase spending. The concept that the economy will return to a natural state of balance was rejected by Keynes. Instead, he believed that once an economic slump occurs, the fear and pessimism that it causes among firms and investors tend to become self-fulfilling, leading to a prolonged period of reduced economic activity.

Implications in the Short Term

Even if there is a discussion regarding the long-term macroeconomic impact of fiscal deficits, there is far less debate over the immediate, short-term consequences. These implications, however, are dependent on the type of deficiency.

All shortfalls must be covered. This is done at first by selling government securities such as Treasury bills. Firms and other authorities purchase Treasury bills and lend money to the government in exchange for a promise of payment in the future. The first and most obvious effect of government borrowing is that it limits the amount of money available to lend to or invest in other firms.