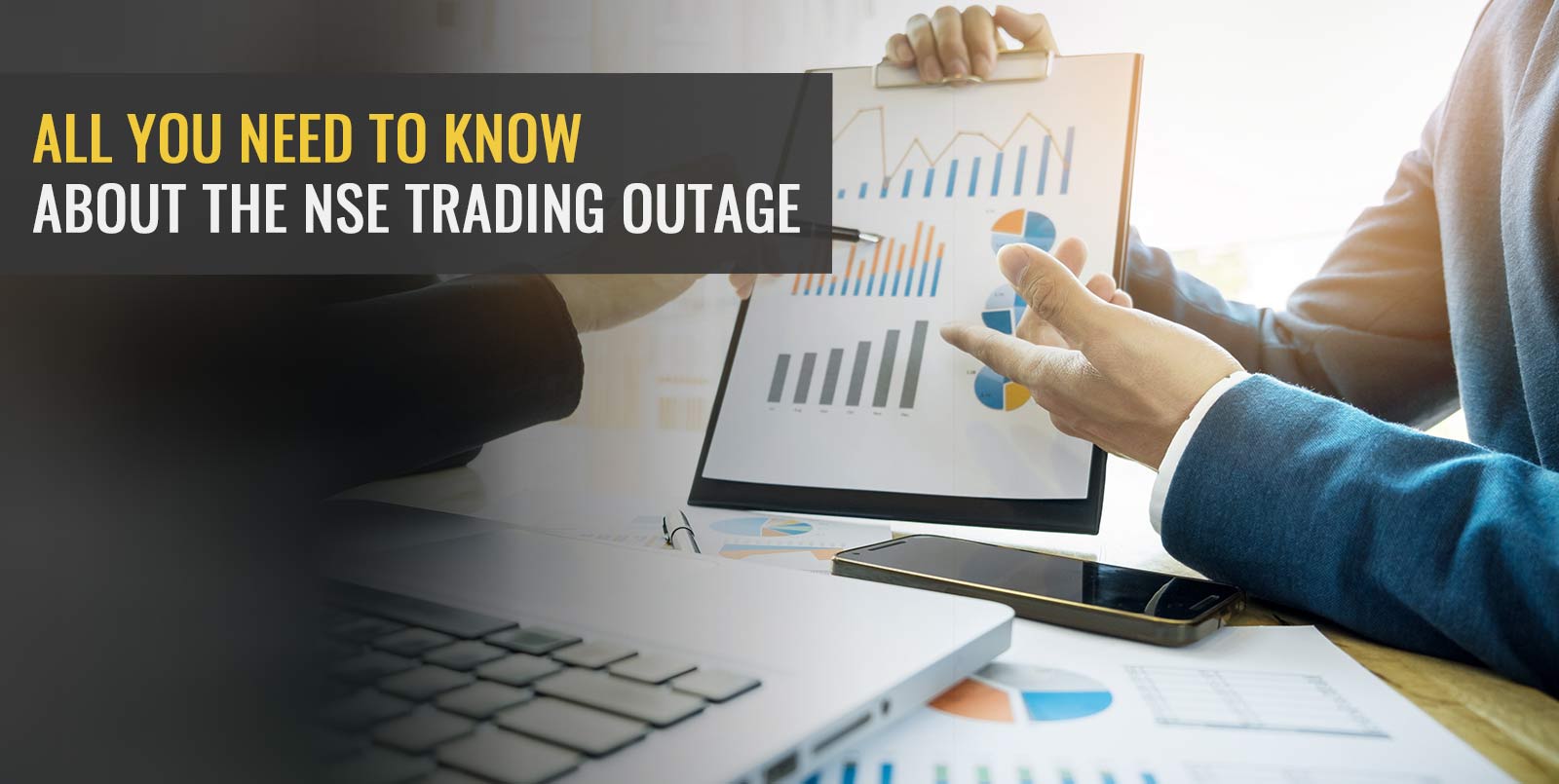 India’s National Stock Exchange (NSE) halted trading for over four hours, in what is now seen as the longest such outage in the country, because of a technical glitch. Trading resumed around 3.30, and an unprecedented extension led to both the NSE and the BSE (Bombay Stock Exchange) functioning till 5 pm.

Around 10 am on Thursday, it was noticed that the NSE tickers and other indices were not updating. The last update on the NSE website showed prices at 10:08 am, following which the ticker froze. Eventually, the NSE halted all trading, including equity, F&O, and currency from 11.40 am.

Meanwhile commentators online noted that feeds for underlying contracts were working and questioned the need for the entire market to shut down because of failure of index feed updation.

What led to the glitch?

According to the NSE, the technical glitch occurred because of some issues with its two telecom service providers. The NSE said that it received communication from the two service providers that there were problems with their links. The NSE has two backup sites; one is the ‘near site’ in Mumbai and the other is the ‘Disaster Recovery Site’ located in Chennai. These are aimed at providing backups in the eventuality of a glitch. The NSE has been known to take up live trading from these two sites from time to time. There have been questions on why shifting to these backup sites was not possible on Wednesday.

The Securities and Exchange Board of India (SEBI) has sought an explanation from the NSE over the halt in trading. It has also advised the bourse to conduct a root cause analysis. Further, it has asked the NSE to explain why trading was not migrated to the disaster recovery site. The country’s largest stock exchange is expected to submit a preliminary report in 48 hours.

Past glitches and guidelines

This is not the first time that the NSE has faced a technical glitch. In June 2020, prices of bank Nifty index options experienced a delayed updation on the terminals, impacting confirmation of trade in a timely manner. Earlier, in September 2019 too, the NSE experienced an outage and investors could not place orders in the last trading minutes. In July 2017, the NSE had experienced a glitch and trading stopped for three hours. In order to ensure price parity between derivatives and equity prices, the NSE had shut down the F&O and cash segments back then.

In March 2019, SEBI had issued fresh guidelines for business continuity plan (BCP) and disaster recovery sites (DRS) for clearing corporations and market infrastructure institutions. Accordingly, live trading sessions are required to be scheduled for two days in a row from the DRS every six months on regular working days. The framework for DRS and BCP was prescribed for depositories and stock exchanges as far back as 2012.

In its annual report for 2019-20 released earlier this month (February, 2021), SEBI took note of technical glitches on the side of stock exchanges and brokers ans said it is considering a proposal for a framework that would ascertain the causes of glitches and cases where compensation would need to be paid to investors for any loss incurred.

Why does the glitch assume significance?

The NSE makes up for 80 per cent of all trading volumes in derivatives and double the BSE’s stock volume, and any glitches are bound to make an impact.

Those who trade in the F&O segment were particularly concerned over the trading glitch because of the timing – a day before the expiry of the February derivatives contracts. The day before expiry is an important one as there is the question of time decay. The value of an options contract declines as expiry draws close and this is called time decay, or theta. Investors were able to close their positions only after trading hours were extended till 5 pm on Wednesday. While the BSE continued to function, its trading volumes saw some increase because brokers directed trades to the BSE. But arbitrage trading took a hit as one exchange was shut.

The turnover in trading at the BSE was  nearly Rs 40,700 crore and Rs 3.1 trillion in the cash and derivatives segments. This was higher than the February average of Rs 7,282 crore and Rs 2.9 trillion, respectively. Taking into account a one-time share sale in Bosch of Rs 29,400 crore, the cash market turnover was Rs 11, 300 crore.

The NSE trading turnover was Rs 45,837 crore and Rs 30.6 trillion in the cash and derivatives segments, respectively, coming in lower than this month’s average of Rs 79,302 crore and Rs 41.3 trillion, respectively.

Meanwhile, at close on Wednesday, the Sensex went up 1030 points to 50,781 while the Nifty went up 1.9 per cent to touch 14,982. The Nifty Bank Index gained almost 4 per cent. Analysts attributed the rally to brokerages and investors attempting to close all open positions by the end of the day.