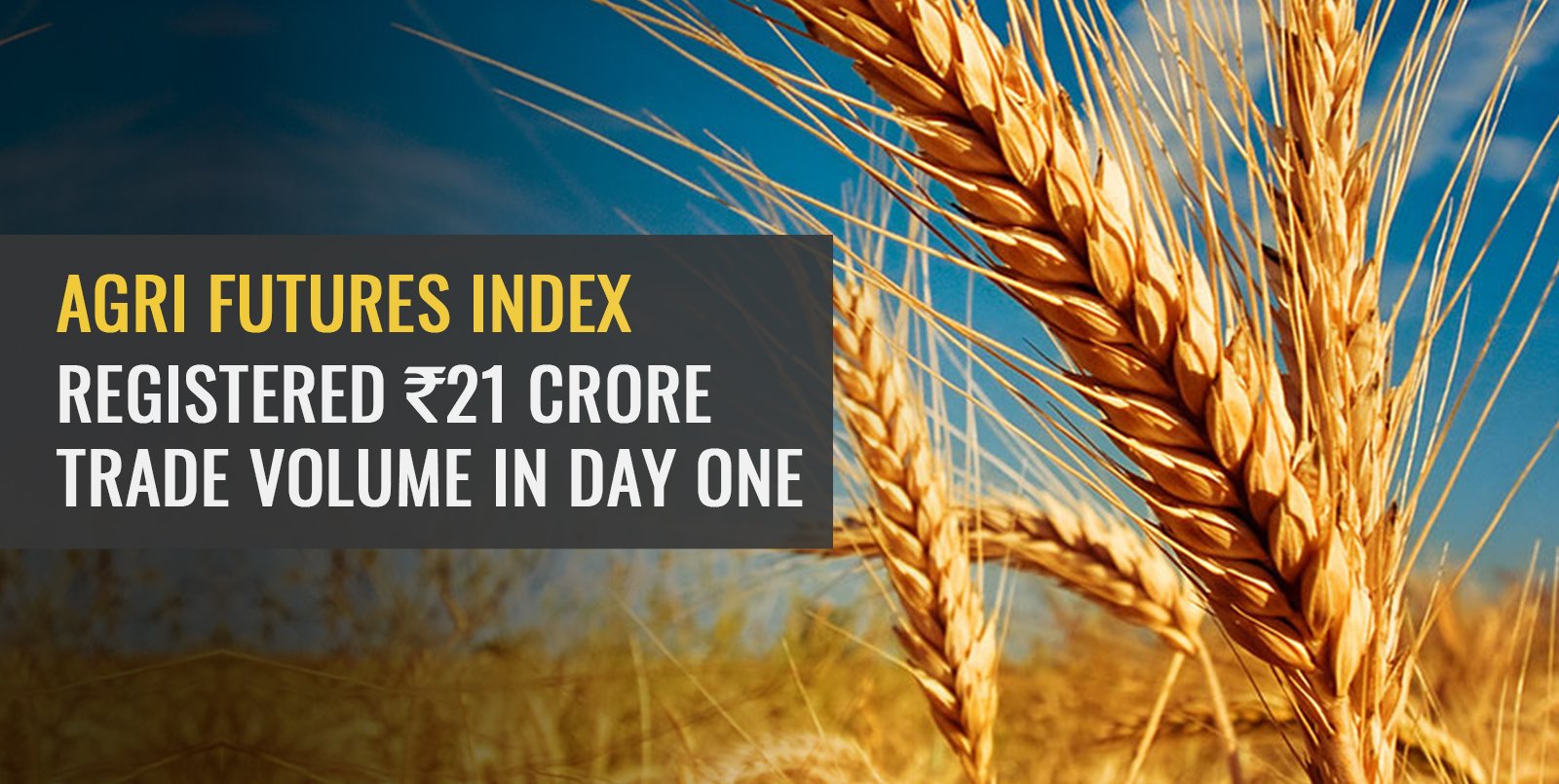 Agri Futures Index, launched by NCDEX, generated a volume of Rs 21 crore on the first day of its launch. With a base value fixed at Rs 1000, NCDEX released AGRIDEX contracts with expiration date in June, July, September and December.

A brief history of NCDEX

The National Commodity & Derivatives Exchange (NCDEX), established in 2003, functions as the top exchange for agricultural commodities. It is second only to MCX or Multi Commodity Exchange, which deals with energy and metals.

NCDEX has its headquarter located in Mumbai, but it operates through the many offices located across India to facilitate trade.  It currently trades in futures contracts on nineteen agricultural commodities and options on five agrarian products.

NCDEX has established itself as the apex platform to deal in agricultural commodities in India, helping farmers to decide the accurate price for their produces. NCDEX is newly formed, but it’s already controlling 75 to 80 percent of all agricultural commodity exchanges, with products like coriander, guar gum, cumin, castor seed, Bengal gram, and moong being exclusively traded in it.

On May 26th, ten liquid commodities traded in NCDEX through AGRIDEX, which is a return based index for agricultural products with sector-wise floors.

Although India is a leading agricultural producer, there was no holistic platform to trade agrarian commodities before. Introduction of AGRIDEX has resolved that problem for both traders and farmers alike, who can now align prices more accurately and hedge against risk. It allows trading in both kharif (summer) and rabi (winter) seasons, with year-round price references.

AGRIDEX allows trading based on the revised guidelines issued by the Securities and Exchange Board of India (SEBI), which enabled futures trading on AGRIDEX.

NCDEX MD and CEO Vijay Kumar said in a webinar organised for journalists that he expects AGRIDEX to pave ways for more such indexes, offering a level playing field for FPOs, farmers, traders, and institutional players.

Commodity futures offer attractive profit opportunities and hedging against risk, which is why it is a popular choice with traders. AGRIDEX has made it possible for interested parties to trade in agricultural commodities in an organised manner. Currently, the threshold for a product to stay in commodity index is fixed at Rs 75 crore, with a margin relaxation of 20 percent.

However,  AGRIDEX doesn’t represent all the farm products produced in India. It doesn’t include cash crops like cotton and sugar yet in its list. But there are chances that the current list gets modified next year in March to include more crops.