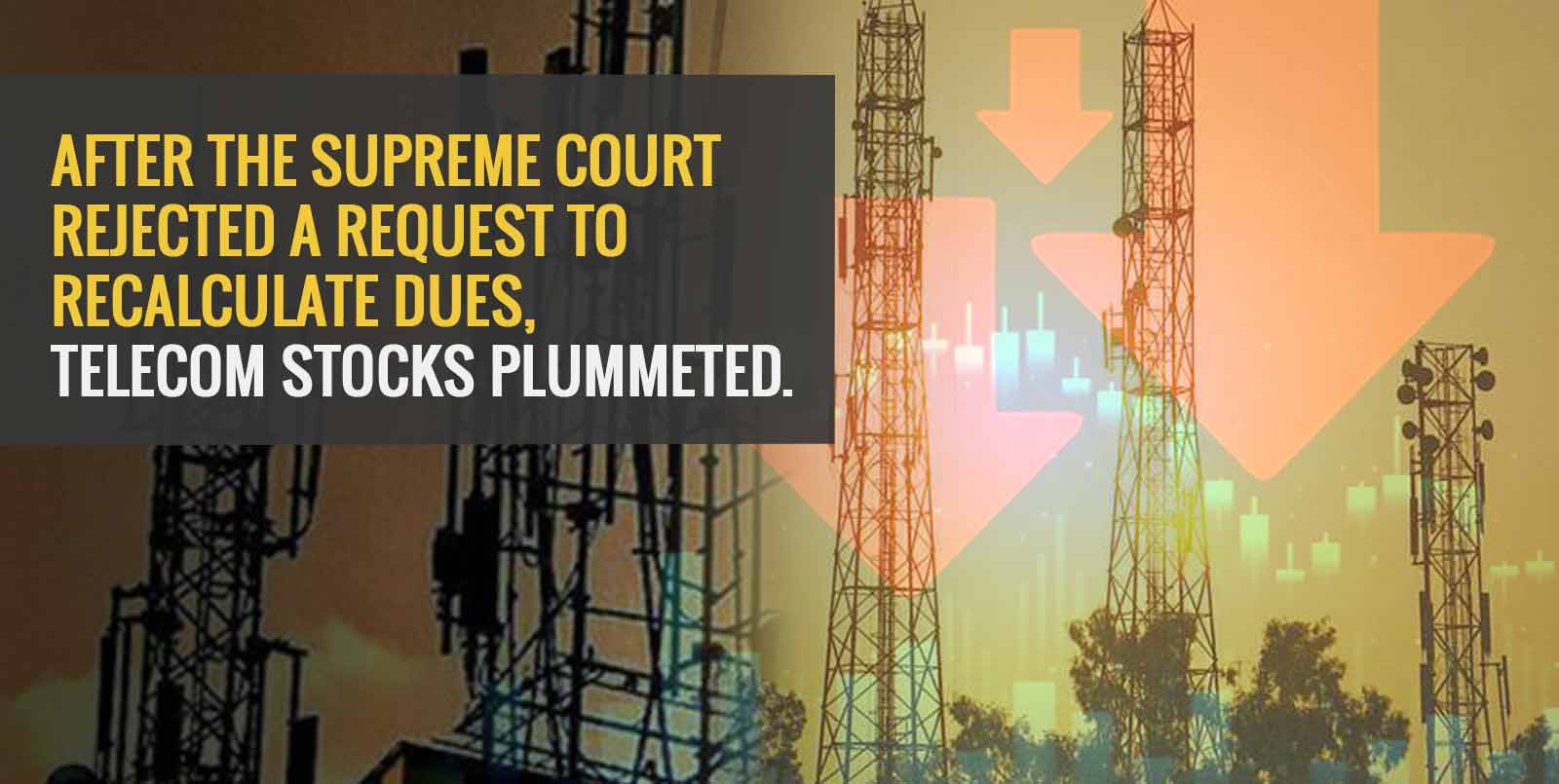 A bench consisting of Justices LN Rao and Hrishikesh Roy heard the case. In 2020, the court gave telecom service providers struggling to pay Rs. 93,520 crores in AGR dues for ten years to resolve their outstanding balances with the government.

The bench pointed to the court’s previous order, which said that there could be no re-assessment of AGR-related dues. The telecom giants cited the matter of claimed flaws in the Department of Telecommunications’ dues calculation in their petition.

According to the Department of Telecom, Bharti Airtel owes about Rs. 43,000 crores in AGR dues, while Vodafone Idea owes more than Rs. 50,000 crores in AGR dues. The telecoms, who were burdened by the claim, had gone to the Supreme Court to ask for the option of delayed payments over 20 or 10 years. The only way to repay such a large sum, Vodafone-Idea maintained, would be to “earn and pay.”

The Solicitor General told the court that the Department of Telecommunications had not shared any instructions on allowing repair of errors, and the Supreme Court had already ruled that the AGR demand could not be recalculated three times.

What are the AGR obligations that Vodafone-Idea and Bharti Airtel must meet?

The Department of Telecommunications (DoT) ordered Bharti Airtel and Vodafone Idea to settle their adjusted gross revenue (AGR) dues by Saturday midnight, in a decision that will have far-reaching ramifications for India’s telecom industry. In response to the Department of Telecommunications’ instruction, Bharti Airtel told the government in a letter, as reported by LiveMint, that it will deposit Rs 10,000 crores toward clearing its overdue balance by February 14 and that the entire amount will be paid by March 17.

The Supreme Court had earlier in the day dismissed a telecom companies’ request for more time to pay AGR dues, and had started contempt proceedings against them.

What exactly is AGR?

Licenses were issued to telecom businesses in exchange for a predetermined licence cost as part of the National Telecom Policy of 1994. After telecom companies expressed worry about the high price, the government offered them the option of switching to a revenue-sharing fee model in 1999.

Telcos were recommended to split a proportion of their annual gross earnings with the government under the updated government rules, a sum that would include the annual licence fee (LF) and spectrum usage charges (SUC).

Licence agreements between the DoT and telecom providers spelled out the latter’s gross income. As a result, the AGR was determined after taking into account certain licence agreement deductions. The licence cost and spectrum usage charges were then set at 8% and 3% to 5% of the annual gross revenue, respectively.

So, what exactly is the point of contention?

The definition of AGR, on the other hand, has caused some uncertainty, with the Department of Telecommunications claiming that it includes all income from both telecom and non-telecom services.

Telecom companies, on the other hand, want the AGR to only include revenue from core services and nothing else, such as dividends, interest, income, or profit from the sale of any investment or fixed asset.

The firms stated that AGR should only include revenue from core services, not dividends, interest income, or profit on the sale of any investment or fixed asset. The Cellular Operators Association of India (COAI) questioned the Central’s definition of AGR in 2005, and the Telecom Disputes Settlement and Appellate Tribunal (TDSAT) ruled in their favour in a 2015 judgement.

In a new twist to the issue, the Supreme Court upheld the Department of Telecommunications definition of AGR in October 2019. The DoT is demanding a total of Rs. 92,641 crores from telecom providers, which comprises an interest levy of Rs. 41,650 crores, a penalty of Rs. 10,923 crores, and interest on the penalty sum of Rs. 16,878 crores.

What is the impact of the AGR disagreement on the consumer?

There are two reasons why an Indian taxpayer should be concerned about the situation. From the perspective of a telecom investor, the government directive is a major setback, as telecoms may be forced to disclose one-time losses. Financial instability might have an impact on the companies’ total value, with telecoms warning of an existential catastrophe if the dues are not cancelled.

Paying AGR dues from telco purses could lead to them attempting to make up for their losses by raising call and data charges, which would be bad for mobile phone users. What’s more, removing one or two carriers from the market could lead to a monopoly.