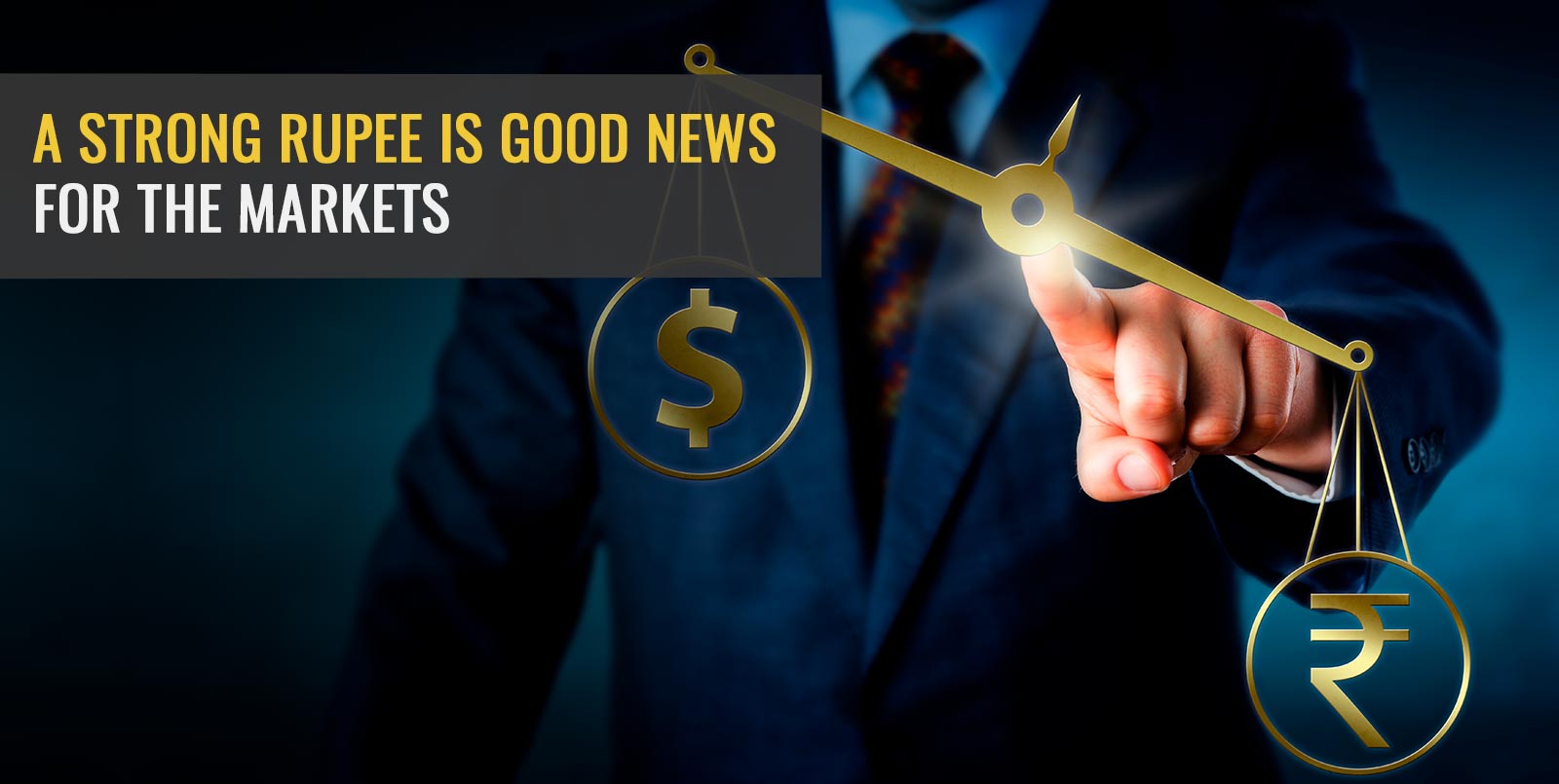 If you have noticed past INR values vis-a-vis the dollar, and the Nifty movement, you would have noted that there has been a link between the rupee crashing and the benchmark indices falling. In early 2020, when Covid fears started to spread across the world, foreign institutional investors (FIIs) withdrew around Rs 65,000 crore from the stock markets. The Sensex crashed to below 26k levels. The rupee touched a nadir of 76.32 against the dollar amid the sell-offs in equities.

Earlier too, in May 2013, when the Sensex shed 2 per cent, the rupee hit a low of 56 vis-a-vis the US dollar. In June 2013, FII sold net equity to the tune of Rs 2000 crore. The statements of the then Federal Reserve chairman Bernanke hinting at the scaling down of the asset purchase programme led to this crash of the rupee and the markets.

One of the main correlations between the stock market and the strength of the rupee lies in foreign institutional investment flows. India received over Rs 1.6 lakh crore from foreign institutional investors in 2020, making it the top recipient of FII inflows among emerging markets, for the second consecutive year. FII inflow into India has been seeing a sustained high on the back of expectations of a strong recovery on the economy front, a drop in COVID-19 cases, vaccine rollouts, the Budgetary announcements aiming for growth and infrastructure development among others.

Even in February, FIIs have not hit pause on buying as they turned net buyers of over Rs 15,471 crore in the first six trading sessions of February, while domestic institutional investors have been net sellers to the tune of Rs 5,217 crore in the same time frame.

Now, what has this got to do with the rupee? So as to invest in the markets, FIIs would need to convert foreign currency into rupees, and therefore the super strengthens on the back of rising demand. When FIIs start pulling out, they convert the rupees into their currency, which weakens the rupee. FII investments keep markets on a bull run, while FII selling pegs the markets down.

The other factors that lead to a correlation between the stock market and the rupee are the dollar strength, performance of global markets, foreign reserves and the monetary policies of central banks across the world and India too. A weakened US dollar is typically seen as beneficial to the rupee and Indian stock markets as there will be greater FII cash flows into India.

The rupee’s strength and its impact on the market also depend on global cues. These could include oil prices and events such as covid vaccination programmes, among others.

Thanks to huge inflows, the RBI would need to maintain the INR at stable levels and check high appreciation. If the rupee appreciates by too much, then it poses risks for Indian exporters. The dilemma for the RBI therefore is whether to manage the rupee and US dollar exchange rate or set interest rates. The RBI continues to be a major buyer of the dollar in the derivatives and spot market, which won’t allow the rupee to appreciate even amidst record FII inflow levels. This, along with the Budget which is growth-oriented, will ensure that the rupee continues to be strong. A strong rupee, as we know, means a strong market.

Earlier in January this year, an RBI study noted that an appreciating rupee may, on the one hand, bring in large inflows of capital but on the other hand impact Indian exports. In such a scenario, the absorbing of such inflows via forex reserves and current account deficit can offset exports losing their edge. Meanwhile, India’s forex reserves stood at a record high of a little over $590 billion, as of January 29. In case of a sudden strengthening of the US dollar, a good forex reserve means the rupee will remain resilient. This in turn benefits the markets as well.

For specific sectors such as IT that are export-focused, a fall in the rupee is seen as a positive development, as large firms earn a major chunk of their revenues in dollars. Pharma stocks also benefit on the back of exports; India is touted as the world’s pharmacy.

Strong rupee a boost for firms relying on imported parts

Some sectors that depend on imported parts or components or firms that have foreign debt may be buoyed by a rising rupee. However such firms would need to sell their products in the domestic market to benefit from an appreciating rupee.

Overall, the rupee strength does have an impact on the markets. A strong rupee would largely benefit the stock market as it keeps FIIs coming in, which translates into added liquidity and a bull market.