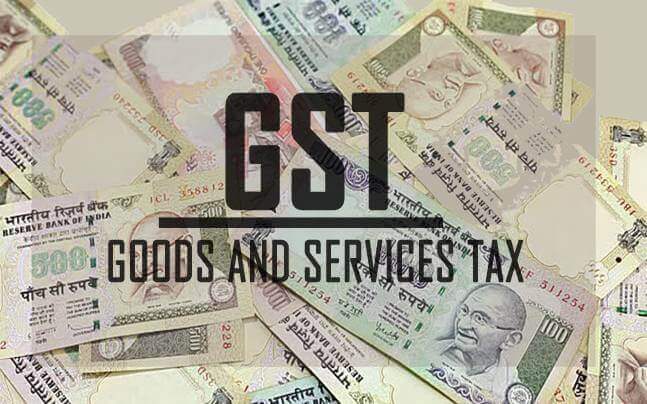 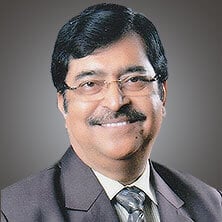 The long impending Goods and Services Tax (GST) will now see the light of day and be enforced from April 2017 as the Rajya Sabha has finally passed the GST Constitutional Amendment Act. The GST’s enactment would potentially be the most resilient tax reform in recent years as it would do away with the intricacies of a multilayer and differential tax system for various good and services across different states. The final rate of GST will be decided upon in Nov-Dec of 2016 and coherence among various political parties on the bill suggests at its smooth enforcement going ahead.

The GST will widen the tax base and streamline the tax system, which will broadly ease off the concerns for businesses from the taxation perspective. The GST will clearly pronounce the applicable tax rates for various goods and services and also define a uniform service tax.

The  Revenue  Neutral  Committee,  headed  by  the  Chief  Economic Adviser Dr. Arvind Subramanian, appointed by the Government of India had suggested a revenue neutral rate of 15-15.5%, with the highest rate of 40% on the demerit goods (a lower rate of 12% on essential goods). The standard rate has been recommended at 16.9%-18.9%.

In the near term, there wouldn’t be any substantial increase in the tax revenue for the government as the Revenue Neutral Rate for GST is likely to be 17-18%. But as more firms, mainly the ones in the unorganised sector, come under the tax purview, we can expect enhanced tax revenue collection by the government in the medium to long term.

(A)  The Central GST (CGST), which will be levied and collected by the Central Government – The CGST will replace the Central Excise Duty, Service Tax, and Additional Custom Duties.

(B)  The State GST (SGST), which will be levied and collected by the State Government – The SGST will replace the VAT, Entertainment Tax, Luxury Tax, Lottery Tax and Electricity Duty.

The impact of the GST’s implementation would be diverse with several sectors getting favorably impacted while there would be some to get negatively impacted as well. The two key themes that shall evolve post the GST’s enactment would be:

(I)  Gradual shift of trade from unorganised to organised players, and

We feel the broader consumer oriented companies would stand to be gainers as there would be a demand shift in favour of the organised sector at the cost of  unorganised  players  triggered  by  cost  dynamics.  For  instance  the rationalisation of effective tax rates for FMCG companies in the organized sector will add to their bottom-line margins while costs of unorganised players will inch up with them falling in a similar tax purview, thus leading to unfavourable cost dynamics for them.

This in turn will lead to the pricing gap between products of organised and unorganised players getting bridged and lead to market share trends tilting in favour of large players. Further, reduction in logistics costs and lower inventory costs due to warehouse rationalisation can bring in efficiency and overall cost reduction. Within the FMCG/Building materials space, a significant market share is still held by the unorganised players, which can see a gradual transition towards the organised larger players with the implementation of the GST.

The logistics/transport sector will emerge as one of the significant beneficiaries of the GST as the entire Indian economy will operate as a single market with its implementation, and this will reduce incremental warehousing expenses for organised players across states. The transit time of goods will see substantial reduction with the abolition of state level entry tax and this will de-bottleneck surface transport, which in turn will translate into more business for freight operators.

Currently there exist some loopholes in the tax structure which are exploited by small players; with the implementation of the GST their competitive advantage on this account will subside and large players will get favourably placed in the competitive landscape.

Among the key sectors which we believe will benefit from the implementation of the GST are auto, consumer durables, electrical goods, and building materials. An important mention is that sectors like petroleum, alcohol, and tobacco would be out of purview of the GST and will continue to attract differential tax rates. While the implementation of the GST could see some initial hiccups, we believe in the long run it can be a game changer for the economy. Although it’s a little too early to discuss the exact impact of the GST on various sectors and specific stocks at the current juncture, still we have attempted to pick up some stocks which stand out to be distinct beneficiaries of the GST.

1. Amara Raja Batteries (ARBL): ARBL is the second largest lead acid storage battery manufacturer in the country. It has been outpacing the market leader Exide (ARBL grew at a 21% CAGR over FY2010-16 as compared to Exide’s growth of 10%), leading to its market share improving from 25% in FY2010 to about 35% currently. We believe that the company would benefit from the implementation of the GST as the resultant cost savings accrued due to lower tax expenses will enable the company to compete better and garner market share from unorganised players across markets. This in turn could potentially lead to further market share gains for the company.

2. Bajaj Electricals (BE): BE is among the top 4 players in the consumer durables space across all its product categories (leader in small appliances; number-4 in fans and lighting). It has a strong brand recall and distribution reach with 4,000 distributors reaching out to 4,00,000 retailers. We believe that the company would benefit from the implementation of the GST as cost savings on account of lower taxes will help it bridge the pricing gap vis-a-vis products of unorganised players and this in turn will lead to market share gains for the company.

3. Century Ply: The plywood industry in India is majorly dominated by unorganized players, which command 65-70% of the total market share. With the implementation of the GST, we expect the organised and unorganised players to come on a common floor in terms of tax liabilities, and the latter will no longer enjoy cost benefits on account of tax savings. With the organised and unorganised players now getting priced closely, we expect consumer preference to shift towards Century Ply, given that it enjoys strong brand recall and a quality product portfolio.

6. Transport Corporation of India (TCIL): TCI is one of India’s premier organized freight service providers with a pan-India presence in road freight and supply chain services segments. The company generates ~68% (FY2016) of its revenues from both these divisions. Currently, transit time is severely affected owing to down time at state check points. But the implementation of the GST will eliminate many such check points and reduce down time significantly, thereby optimizing road freight delivery times. Further, for the supply chain services segment, post the GST roll-out, a new network design will emerge which will provide greater flexibility in terms of supply and demand matching. As a result, many smaller warehouses would consolidate/merge, resulting in bigger, fewer, and highly efficient warehouses. Given TCIL’s pan-India presence and large fleet size, we see these two developments to translate to efficiency improvement within the organisation.

7. V-Guard: V-Guard derives ~66% of its revenues from Electrical/ Electro Mechanical division, which is into manufacture of pumps, cables & wires, water heaters and fans. Further, the company derives ~30% of its revenues from the Electronics segment, which is into the manufacture of UPS, and voltage stabilizers. The unorganised market in these segments on a blended basis accounts for ~40% of the total market size. Given the strong market positioning of V-Guard in areas it operates in, we expect the company to further gain market share from the unorganised players.