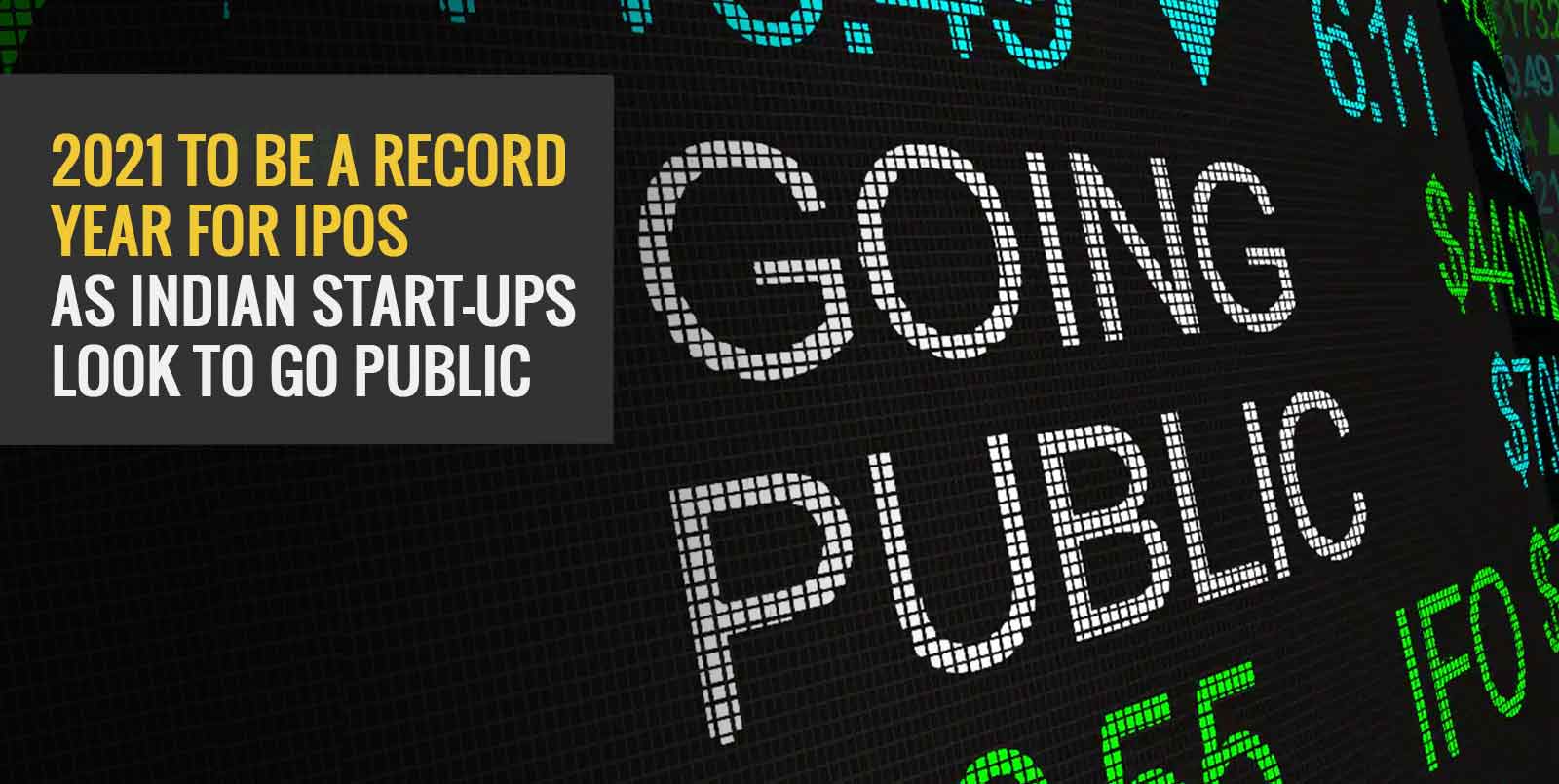 India’s IPO market is witnessing an unprecedented frenzy in 2021, with major start-ups jumping the IPO bandwagon. The total amount of funds raised through public offerings till now in 2021 stands at $8.8 billion. Although the year is yet to be over, the amount is already more than the total of the past 3 years combined. Experts believe that at this rate, Indian IPOs can easily surpass the all-time record of $11.8 billion.

Many bankers, founders, financial advisers, legal experts are keen to cash in on this recent IPO frenzy in the Indian market.

What Led to This IPO Frenzy?

Zomato, India’s largest food aggregator and online food delivery start-up, can be credited with initiating the stunning IPO run in the country.

The company was already suffering from major losses with little prospects of profitability. However, its decision to go public in July changed its prospects dramatically.

Zomato IPO took the Indian market by storm. Moreover, it led to a massive 70% increase in its share price.

This encouraged various Indian start-ups to take up the path of a public offering. The success of Zomato IPO established the notion that even companies with mediocre profitability have a chance to turn around by going public.

Various Indian companies are enthusiastic about going public in the upcoming days. Let’s take a look at some of the major Indian start-ups that are planning for an IPO.

Paytm is India’s largest digital payment platform. It has recently filed documents for its IPO to raise $2.2 billion. If Paytm IPO manages to fetch that amount of funds, it could very well be India’s biggest IPO debut ever. The largest debut to date is Rs. 150 billion, which was raised by government-owned Coal India Ltd.

India’s leading e-commerce retailer Flipkart, which has been recently acquired by Walmart, is also planning to launch its IPO. The company plans to opt for public listing in the fourth quarter of the current fiscal year.

Byju’s is India’s biggest digital education platform that comes with a valuation of nearly $16.5 billion. As per reports, Byju’s is in an early stage of discussions for its initial public offering. Various bankers are urging the start-up to take advantage of the highly favourable market condition.

However, Byju’s is focusing on acquisitions right now and has no plans for IPO at least for a year.

One of India’s largest online payment platforms, PhonePe, is also considering going public. American retailing giant Walmart has recently acquired PhonePe as part of its Flipkart deal. The company is even trying to bring back its incorporation to India from Singapore to get local investor attention.

SoftBank-funded online hospitality platform Oyo is another Indian start-up looking to go for public listing. The company is already facing a series of troubles due to an unsuccessful global expansion coupled with the economic fallout due to the pandemic. It had to lay off or furlough thousands of its employees while cutting down on marketing and compensation.

According to Oyo CEO Ritesh Agarwal, the pandemic has impacted about 66% of its business within 30 days. The company opted for a major overhaul focusing on technology and services critical for its hotel partners. With rapid vaccination and travel resumption in the U.S., Europe and parts of Asia, Oyo is looking for better businesses.

Moreover, it has gathered $660 million in funding from various investors that will help to pay off its existing loans. Oyo has begun working on its draft prospectus and aims to file it with SEBI within the next 10 weeks. However, the timetable, issue size and other details of Oyo IPO are yet to be decided.

Nykaa is India’s largest omnichannel beauty retailer and one of the latest start-ups to join the long list of Indian unicorns. It is the first women-led start-up to reach the stature of a unicorn. The company filed for its Rs. 4,000 crores IPO last month. Nykaa IPO comprises fresh issue worth Rs. 525 crores along with an OFS of 4.3 crore shares.

India has trailed behind other big economies like the U.S. and China when it comes to successful start-ups. However, things changed this year due to the pandemic. Consumers shifted to online platforms for grocery, medicines, tutoring, food delivery, and even medical diagnoses. This has resulted in an unprecedented surge in revenue.

Moreover, recent regulatory changes in China have forced global investors to shift focus to countries with favourable policies. Overall, the IPO hysteria in the Indian market might be there for some time before it finally fades out.

Want to stay updated about the world of finance and the stock market? Check out the Angel One blogs.

Indian companies have received a total of $7.9 billion in terms of venture investment as of July 2021.

Experts claim as many as 35 more Indian companies might take the IPO route in the years ahead.

There are 23 companies that have submitted their DRHP in the month of August 2021.