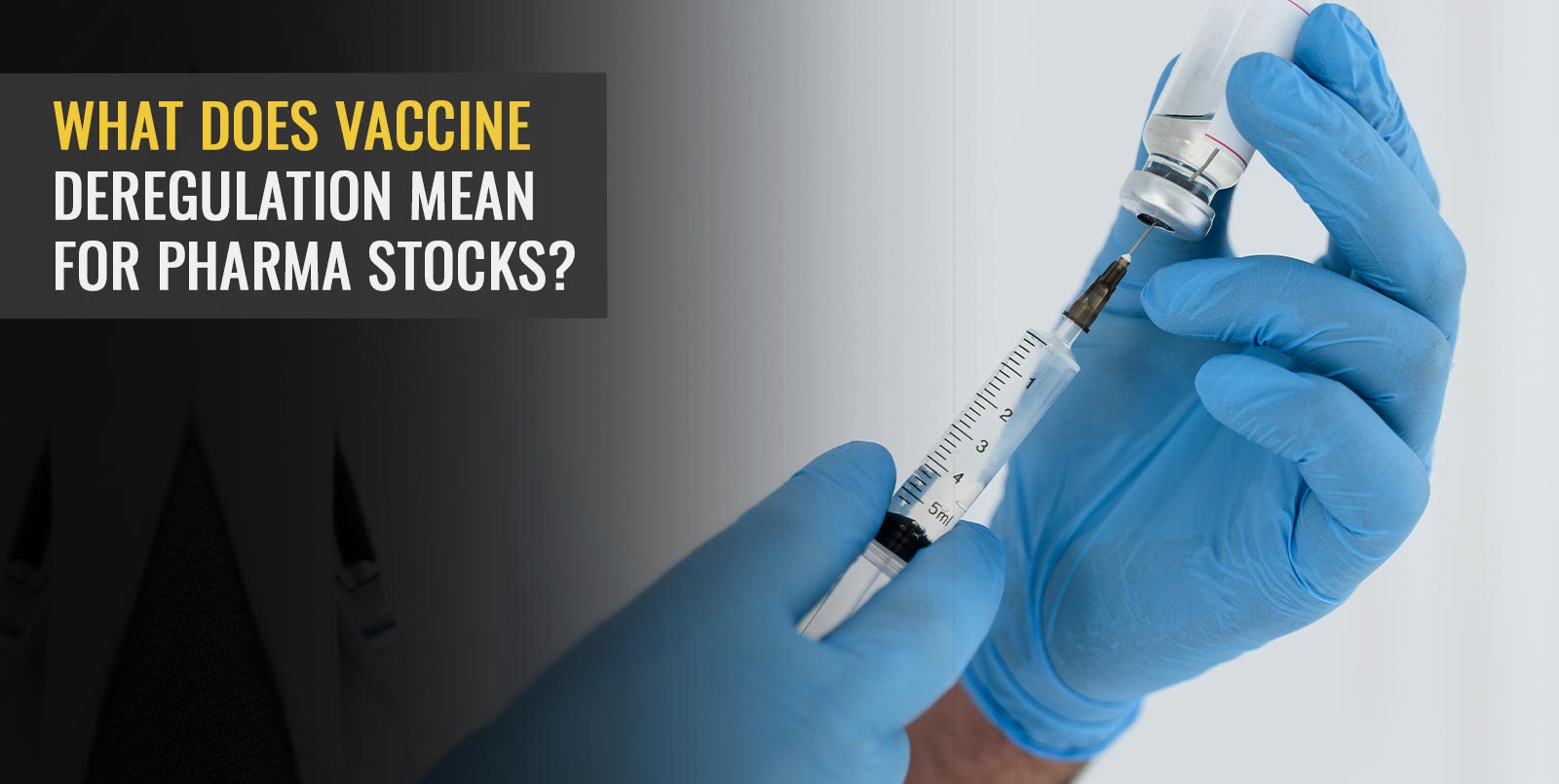 The government has now announced that the vaccine would be made available for every citizen who is above the age of 18 from the 1st of May 2021. This has brought several pharmaceutical companies into the spotlight. The very fact all these pharmaceutical brands are allowed to set their own price for the vaccine further widens the gap for the country. This article explains how the deregulation of vaccines in India has had an effect on pharma stocks.

The plight of existing manufacturers

As of today, the Central Government of India took the responsibility for distributing the vaccines. Both Covaxin and Covishield were sold at Rs. 206 and Rs. 150 per dose respectively by the union government.  However, beginning from the 1st of May, the vaccine manufacturers can decide on their price range without the government having to do the same. For instance, considering Covaxin, the Serum Institute of India has announced 2 price spots depending on the nature of the hospital. Covaxin would be priced at Rs. 400 at government hospitals and at Rs. 600 at private hospitals.

With such an increase in pricing, many Indians may be deprived of procuring the vaccine due to financial constraints. However, the stock of pharmaceutical companies is expected to rise due to the increased pricing.

The trend of domestic vaccination

As many individuals in the country have been taking the vaccine, the trend of vaccination has plummeted of late. This has mainly been due to the shortage in the supply of the vaccine. To catch up to the lack of supply and rile up the production of the vaccine, the Government of India has cleared Rs. 3,000 Crores and Rs. 1,500 Crores of credit to Serum Institute and Bharat Biotech. As a result, Serum Institute aims to increase its production to 10 Crore doses per month by the end of the month of May. In addition, Bharat Biotech plans to produce 1.2 Crores of Covaxin from July.

When it comes to the number of doses that are planned to be administered per month, Covaxin aims to reach anywhere between 6 Crores and 7 Crores doses per month. The main reason behind this increased production is the partnership of the firm with many private manufacturers. However, the process of manufacturing would take about 12 months to begin. In addition, the production of vaccines also depends on the availability of raw materials and adjuvants.

Sputnik V’s trials were conducted by Dr.Reddy’s Lab in India and have gained distribution rights for 10 Crore doses all across the country. In addition, the tie-up of Sputnik V. Investment Fund with about 6 manufacturers promises to produce a minimum of 85 Crore doses on an annual basis. Several companies like Gland Pharma, Shilpa Medicare, Hetero Biopharma, Panacea Biotec, and Stelis Biopharma are in the works to manufacture the Sputnik vaccine.

Cadila seems to have a promising indigenous bet as more approvals are expected from Novovax, J&J, as well as Bharat Biotech. Cadila Healthcare expects to procure phase III data regarding the vaccine in this quarter of 2021. This establishment predicts reaching a vaccination dose capacity of Rs. 20 Crores. In addition, Aurobindo and Gland Pharma may also experience more tie-ups to boost the manufacturing process of the vaccine. Aurobindo’s vaccine is undergoing its early phase in the clinical trial process. The pharmaceutical company is aiming to expand its vaccine capacity from 22 crore doses currently to 48 crore doses by the month of June in 2021.

What are the consequences?

The phenomenon of deregulation was earlier introduced for essentials such as food, which did not prove to have a positive outcome. During such times, the population that was not financially strong took the major hit due to an increased demand that accompanied scarce supply. However, the financially healthy segment of the population faced no such issues.

However, when it comes to the vaccine, any failure to produce the vaccines on time would affect the universal uptake which would further increase the spread of the virus. It would allow the virus to further mutate and exacerbate the spread of the virus even more. Given the current crisis and the increased need for regulation, not only do individuals face the brunt of it but so does the economy at large. Finally, deregulation of the vaccine would prove to be harmful to both the health of the individuals of the country and the economy as well.