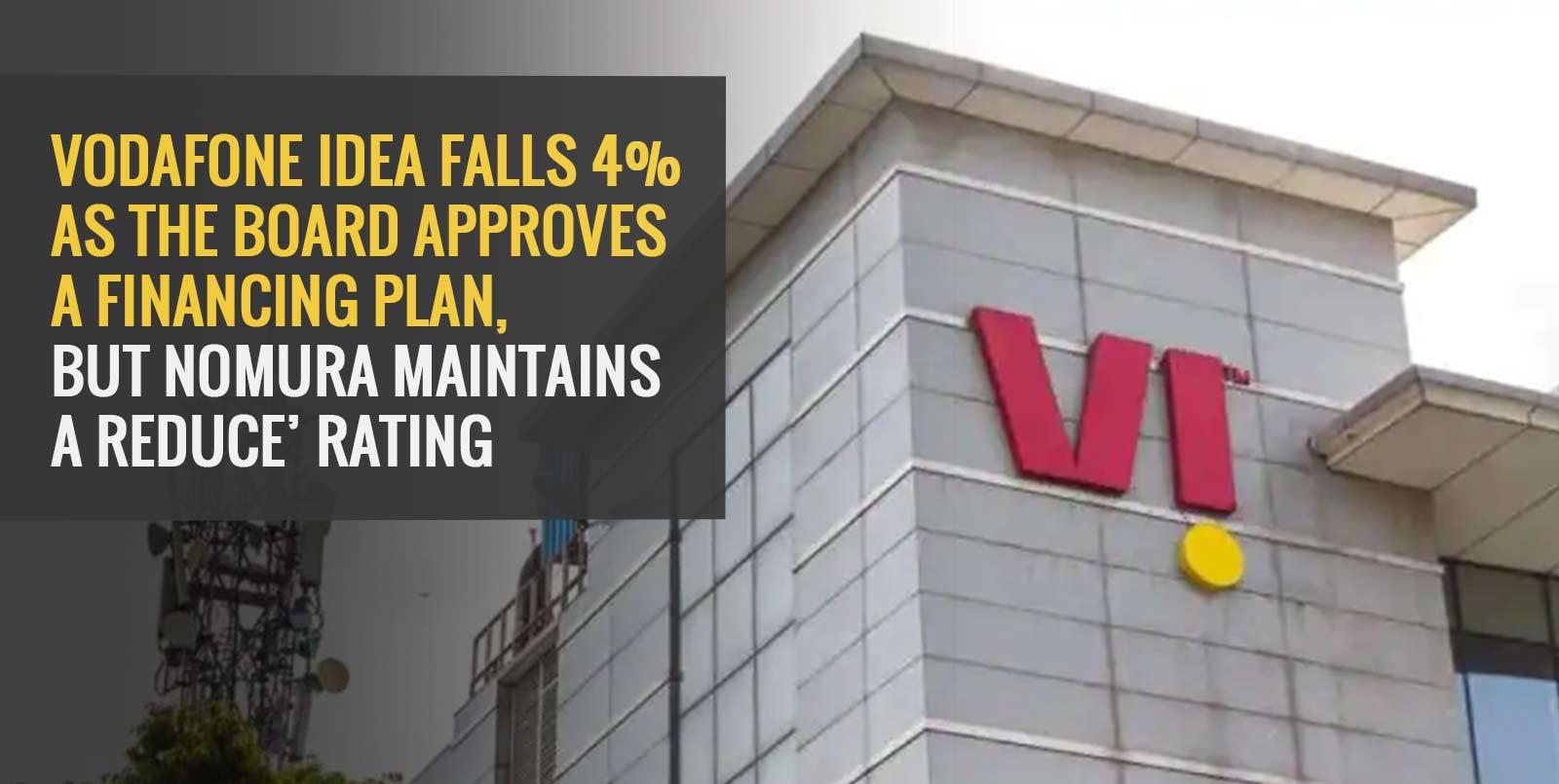 The Vodafone Idea share price fell 4% in early trading on 4th March after the board authorized funding Rs 4,500 crore by distributing preferred shares to promoters. “The Vodafone Idea board authorized the disbursement of up to 3,38,34,58,645 equity shares of face value Rs 10 each at an issue price of Rs 13.30 per equity share, which is a 10% premium to the floor price of Rs 12.08 for an accumulated considering of up to Rs 4,500 crore on a preferential basis to Prime Metals Ltd, Euro Pacific Securities Ltd and Oriana Investments Pte Ltd,” the company said in a statement.

In addition, the board approved the call of an extraordinary general meeting on 26th March to approve the aforementioned measures. The Vodafone Group received Rs 1,442 crore last week by selling a 2.4 percent share in Indus Towers to an undisclosed investor in a block sale. It would also sell a 4.7 percent share in the tower operation to Bharti Airtel.

This agreement is contingent on the cash being utilized by Vodafone as new equity in Vodafone Idea and paid to Indus to pay off Vodafone Idea’s debts. In addition, Nomura Research has maintained a cut recommendation on Vodafone Idea, with a target price of Rs 8 per share. According to Nomura, the promoter investment at a premium is good, but not sufficient for resurrection, and Vodafone Idea would likely be left with just roughly Rs 2,550 crore after remitting cash to Indus.

In FY 23-24, the firm had external debt repayments of roughly Rs 5,400-5,700 crore. With effect from March 3, the board nominated KK Maheshwari, vice chairman and non-executive director of UltraTech Cement, an Aditya Birla Group nominee, as an extra director. On the BSE, Vodafone Idea was trading at Rs 10.81 at 09:17 hours, down Rs 0.27 or 2.44 percent.

Vodafone Idea’s long-awaited fundraising strategy has finally begun, with the company’s promoters contributing Rs. 4,500 crore. Interestingly, Vodafone Group has previously declined to invest in telecom for a period of time.

The company’s stock closed the day up over 6% ahead of the fundraising announcement on March 3. This should bring some relief to the company’s shareholders, who have seen their investment dwindle by a third since the start of 2022.

However, as of 9:40 a.m. today, 4th March, Vodafone Idea’s stock was down 3.6 percent as the Russia-Ukraine situation worsened. The board of directors has the ability to raise an extra 10,000 crore via equity and debt instruments such as depository receipts and foreign currency convertible bonds.

This comes after the Vodafone Group sold a total of 7.1 percent interest in tower business Indus Towers, raising 1,442 crores from a 2.4 percent share sale through a block agreement and another 2,900 crores through the sale of the remaining 4.7 percent stake to Bharti Airtel, a Vodafone Idea competitor. The Vodafone Group will provide 75% of the cash, while the Aditya Birla Group will contribute the remaining 25%.

What does this imply for the users?

The funding would be used to assist Vodafone Idea to meet its goal of raising $2 billion in capital expenditure. This will mostly be used to increase the telco’s network capacity, improve the technological backbone, and prepare for the impending 5G spectrum auction, which is slated to take place in the first quarter of 2022.

The entire demand was Rs 58,254 crore, according to the AGR and spectrum dues case before the Supreme Court, of which Vodafone Idea has already returned Rs 7,854 crore. It has a current outstanding balance of Rs 50,339 crore.

More recently, the telecom requested the Department of Telecommunications for the release of Rs 15,000 crore in bank guarantees, as well as a suspension on the computation of interest on its AGR dues as of the date of its application.