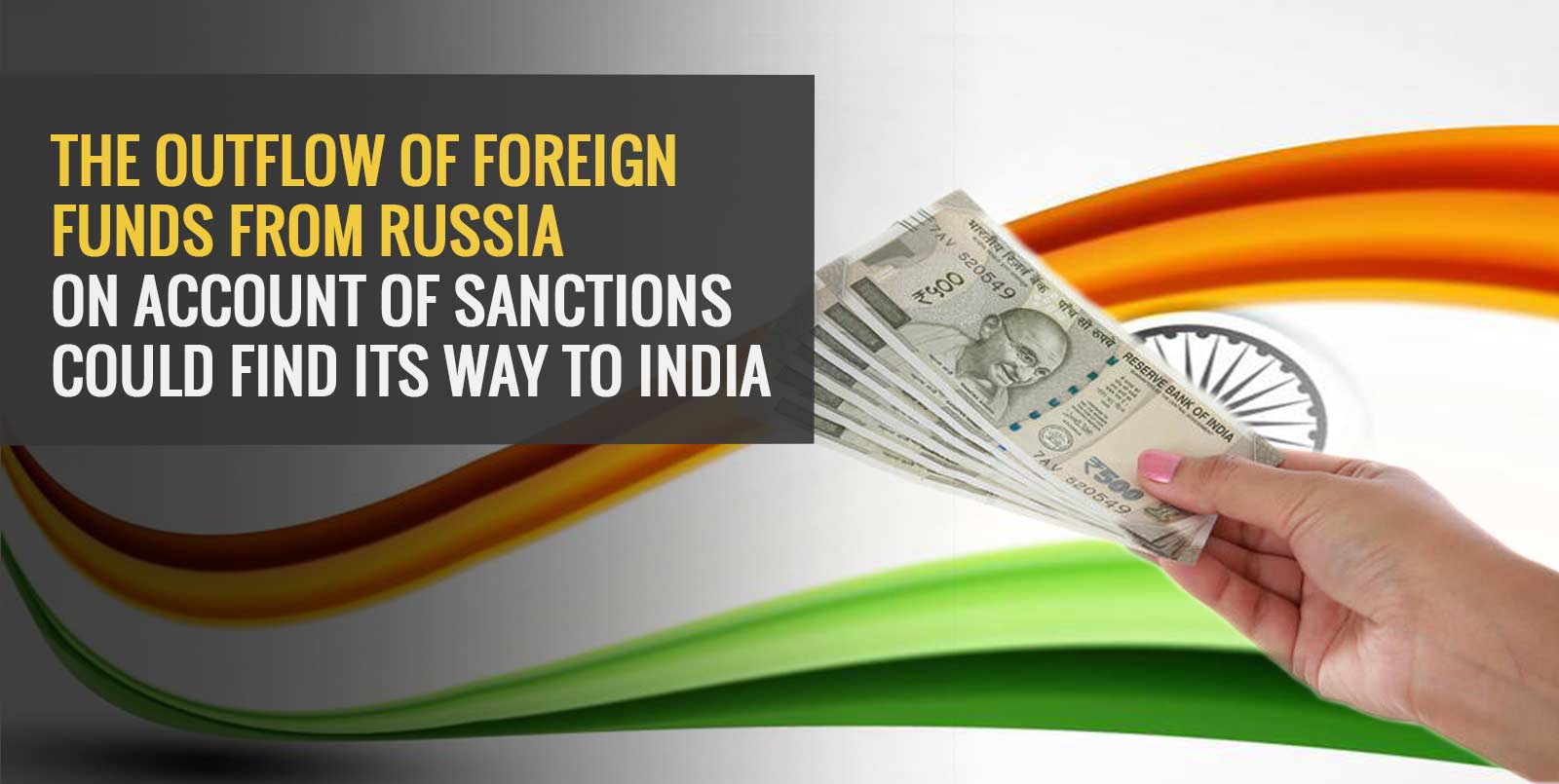 As Russia’s financial restrictions have started affecting foreign investors, some of them have started exiting the country. On Tuesday, MSCI, the world’s leading index provider, decided to exclude Russia from its index. The rising concerns of investors are starting to show adverse effects on Russia but other emerging markets like India could benefit from it.

As the funds are being withdrawn from Russia, the foreign investors are looking for other investment options that are safer and away from the warlock region of Russia. Apart from that, the removal of Russia from MSCI could increase India’s weightage in the international index which will attract additional investments from the institutional that follow MSCI Index as a benchmark for their portfolio.

Impact of Sanctions Imposed on Russia

Norges Bank Investment Management (NBIM), which is the world’s largest sovereign wealth fund, also said it would exit Russian assets. NBIM’s assets under management is about $1.3 trillion. Russia’s exit from the international financial markets has raised the possibility of investors looking to invest in India, as per the reports issued by Edelweiss.

Prime Minister Jonas Gahr Store of Norway said on Monday that his country had decided to freeze its investments in Russia. According to one of the reports submitted by Reuters, Norway’s sovereign wealth fund had about $3 billion invested in Russia as of December 2021.

The removal of Russian banks from the SWIFT system has stopped the international fund transfer for Russia. The Central Bank of Russia has also been prevented from using its international reserves.

The foreign institutional investors do not seem interested in staying invested in Russia after its geopolitical tension with Ukraine took a fierce direction. While the Indian economy is still growing strong by coming out of the effects of the pandemic, it still has enormous growth potential.

It was reported on Tuesday that Russia was removed from the MSCI indexes. This removal of Russia from the international index would result in a significant rise in India’s weightage in the MSCI Emerging Market Index. Industry experts believe that the rising focus on India could bring in foreign investments in the long run if the economic effects of the Russia-Ukraine war remain adverse for Russia.

Apart from that, many countries have imposed sanctions against Russia. This could mean that the funds could be used in a wide range of stocks, including those in India and other emerging markets of Asia such as China, Singapore, Hong Kong, and Taiwan.

Russian companies’ removal from the international index was not a surprise for the industry but it seems like a more natural step, especially after all the sanctions that were being imposed.

What is India’s current weightage in MSCI Emerging Market Index?

MSCI Emerging Market Index is an index managed by, of course, MSCI, which includes large-cap and mid-cap companies from 26 emerging market countries, such as India, China, Russia, Brazil, etc. It was launched in 2002 and had 1387 listed companies covered in it. However, as of today, India’s weightage is 8.1% in the index.

Why is the rising weightage of India in MSCI’s index important?

Many foreign asset management companies and pension funds use the MSCI EM Index to set their weights in different countries and individual companies. An increase in India’s weight in the MSCI Index could result in large capital flows into the country’s stock market.