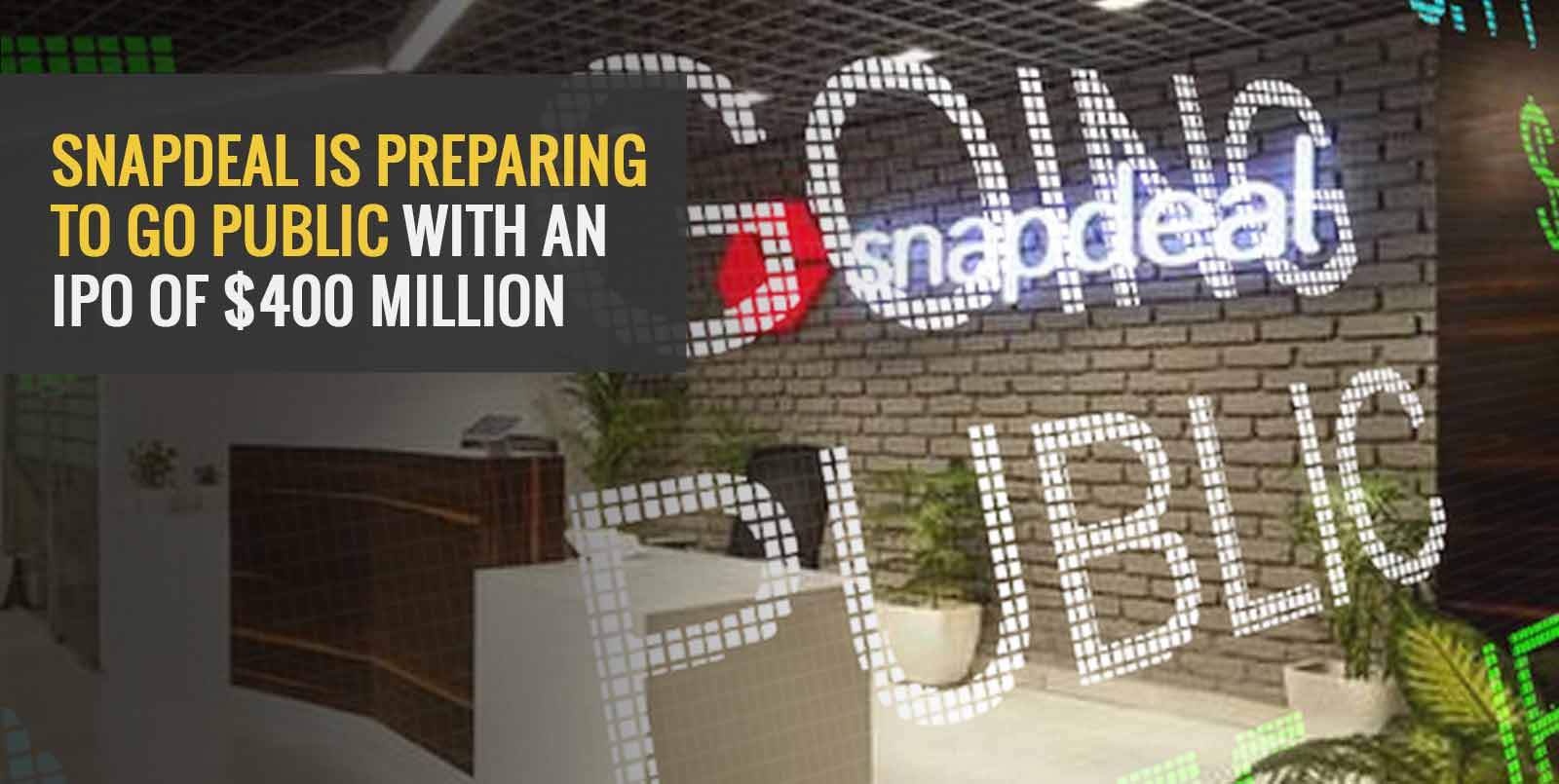 Indian e-commerce giant Snapdeal is considering going public with an issue of about $400 million. Backed by SoftBank Group Corporation, the online shopping company is in discussion with its advisors regarding this public offer. According to sources close to the company, they are targeting a Dalal Street debut by next year with an estimated valuation of $2.5 billion.

The discussions regarding this IPO are still at early stages, and no representative from Snapdeal or SoftBank Group has commented on it.

The Journey Began a Decade Ago

The Delhi-based ecommerce firm began its journey in 2010 as an everyday deal platform. However, a year later, it decided to alter its business principal and became an online marketplace.

Since then, it has been a prominent name in this segment. The company has 60 million products spread across 800 categories under its portfolio.

Since its debut, it has received financial backing from a host of notable investors such as SoftBank Group, eBay, and Nexus Venture. Also, industrialists like Mr Ratan Tata have invested in this company.

The company has, over the years, making strategic investments and acquisitions of various firms to expand its business. Also, such moves have helped to strengthen their operations. Investment in Rupeepower.com is one such notable investment that has helped the company in business expansion. Additionally, its tie-up with GoJavas has helped it to improve its product delivery services.

Fast track to 2016, the Indian e-commerce space is booming, and Flipkart, Amazon has been two prominent names in this segment. To make a mark in such a competitive market, and especially to resist Amazon, Snapdeal geared up for a merger with Flipkart. However, that deal never materialised and was called off ultimately.

After a successful public offering of food delivery startup Zomato, a flurry of Indian Unicorn startups are preparing to go public. Companies are willing to take advantage of the current capital market, and Snapdeal is no different. Nonetheless, if you are planning to invest in this public offering, it is ideal to go through its finances and recent performance before submitting a bid.

Stay subscribed to the Angel One Blogs to know more about Snapdeal’s IPO and its development.

No information about the timeline of Snapdeal IPO is available yet.

Rohit Bansal and Kunal Bahl are the founders of Snapdeal.

12 September 2007 is the incorporation date of Snapdeal.