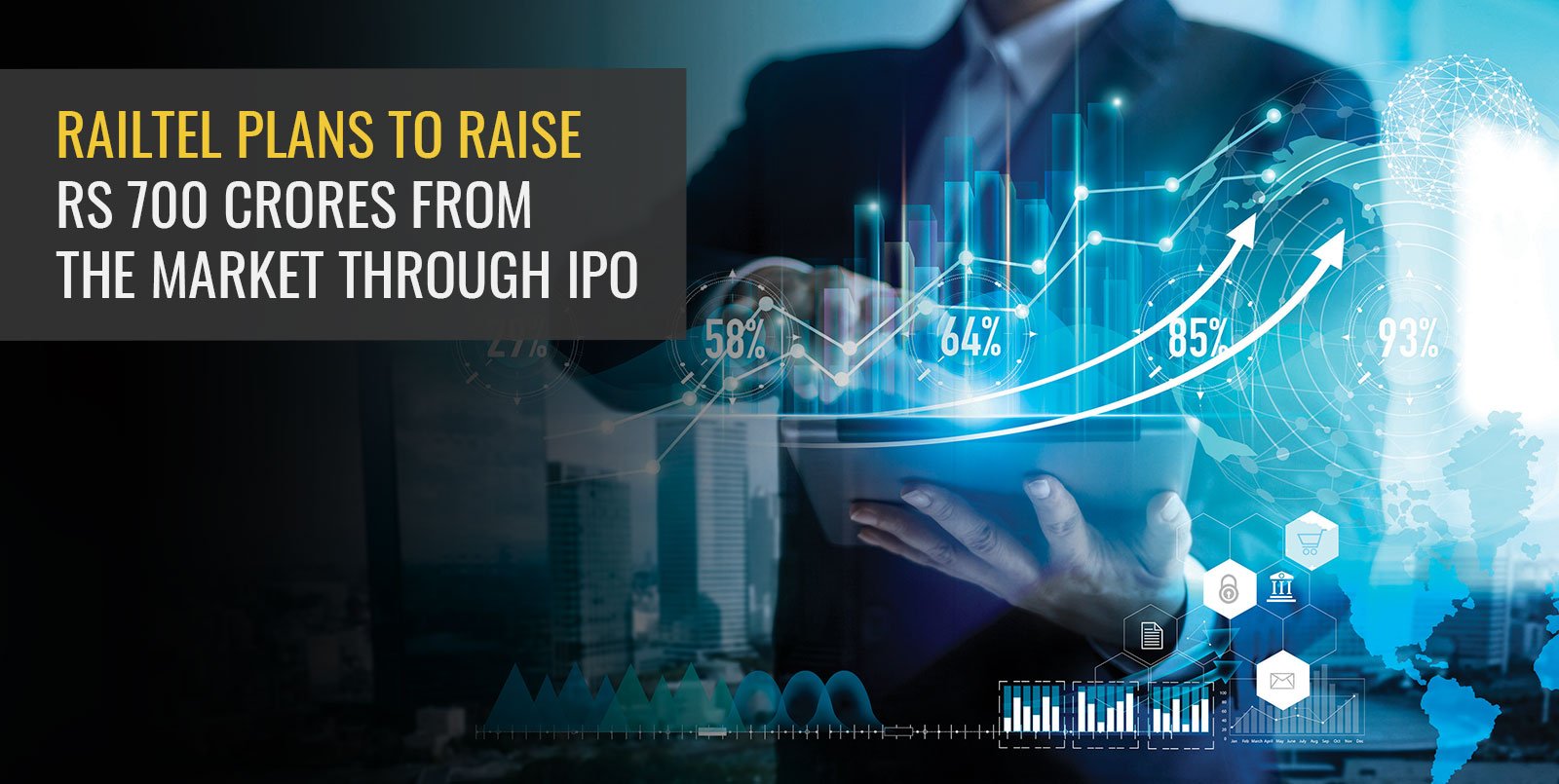 The central government-owned RailTel is preparing the pitch to go public; submitted the draft prospectus with SEBI, seeking approval. In its draft red herring prospectus, the firm said that it is planning to float an initial public offer (IPO) to raise approximately Rs 700 crores from the market.  After Mazagon Dock, it will be the second public sector unit to list with the bourses this year.

Incorporated in 2000, Railtel is the largest neutral telecom company that created to modernize the existing telecom system for train control. The company is involved in the mission to create a network for nationwide broadband and multimedia services and own PAN- India optic fibre with exclusive Right of Way along railway tracks.

The company is involved in several significant government projects for building optic fibre network across the nation, offering wi-fi connectivity to railway stations, optical fibre-based connectivity in northeast India, and responsible for rolling out of National Knowledge Network (NKN).

Important Details From The Draft Prospectus

RailTel’s draft prospectus with the SEBI contains the key highlights.

With the IPO market revival, we can hope to see more big names to drop in. Oversubscription of Mazagon Dock is a clear indication that there is a demand for profit-making government companies’ IPOs. RailTel too like Mazagon Dock belongs to the mini-ratna category with a revenue growth clocking at 7.47 per cent CAGR. RailTel has done considerably well during the last financial year. According to the company’s draft prospectus, it managed a profit margin of 30 percent as against 33 and 40 percent of close competitors Vodafone and Reliance JIO.

There is no confirmation yet on the RailTel IPO date. We will soon post as it is announced.