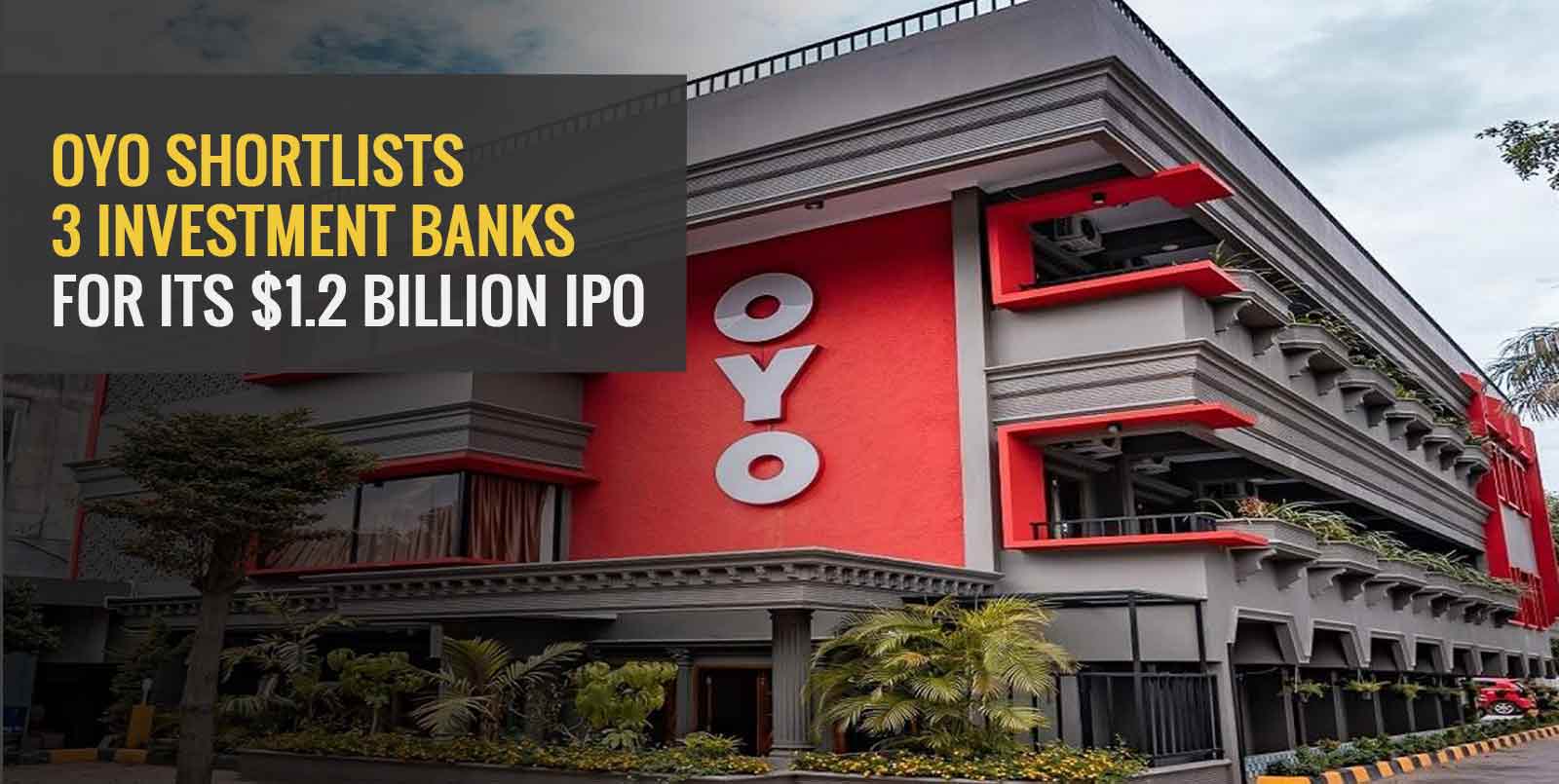 SoftBank-backed Oyo Hotels and Rooms has selected 3 investment banks Kotak Mahindra Capital, JP Morgan, and Citi, to lead its initial public offering. Per reports, Oyo is heading for a massive IPO of over $1.2 billion and is likely to file DRHP this September.

This major move from Oyo comes in the backdrop of a travel surge worldwide in the post-pandemic recovery phase and tech giant Microsoft’s prospective investment in this company. Microsoft’s strategic investment in Oyo is set to give the company a staggering valuation of $9 billion.

JP Morgan, Kotak Mahindra Capital and Citi have been added onboard quite recently. Although the company intends to opt for a domestic IPO, it has kept all other options open.

As per company sources, Oyo might look for more investment banks for its public issue if required. Therefore, it is expected that more i-banks may join the Oyo IPO bandwagon soon.

Oyo believes that it has more market penetration than any other Indian start-up, and the IPO will help boost its balance sheets even further. The plan as of now is to raise more than $1.2 billion. However, Oyo is yet to finalise its IPO issue size, which might vary later on.

The planned IPO will be a combination of primary issues of equity shares and secondary components. This public listing will also enable some of the Oyo investors to sell off some of their holdings.

Major Oyo Investors – At a Glance

Oyo boasts of having a long list of popular domestic and international firms and businesses as its investors. This list includes:

A Brief Overview of the Company

Founded by Ritesh Agarwal in 2013, Oyo is one of the leading hospitality firms in India. The company has its operations in more than 80 countries, including the UK, India, USA, Europe, China, Southeast Asia, Middle East Asia and more.

Oyo provides a global platform to homeowners and hotel owners to help customers find affordable accommodation. It comes with a wide range of technological products for its partners such as OYO OS, Co OYO, OYO YO!, OYO Wizard, OYO Secure, OYO App and many more.

The company has more than 100,000 hotels and homes on its platforms in over 800 cities worldwide.

As per Oyo CEO Ritesh Agarwal, the company has more than $800 million in reserve aimed for its IPO. Hit badly by the pandemic, Oyo had to call for a debt financing of $660 million in July 2021 from the company’s global institutional investors. This was aimed to clear off some of its current debts and boost up its technology and operations.

To receive more such interesting tidbits about the world of finance, business and investment, keep an eye on Angel One blogs.

The tentative month for OYO is September 2021.

Oyo plans to launch its IPO by the end of the current year.

The face value of Oyo IPO is yet to be announced.