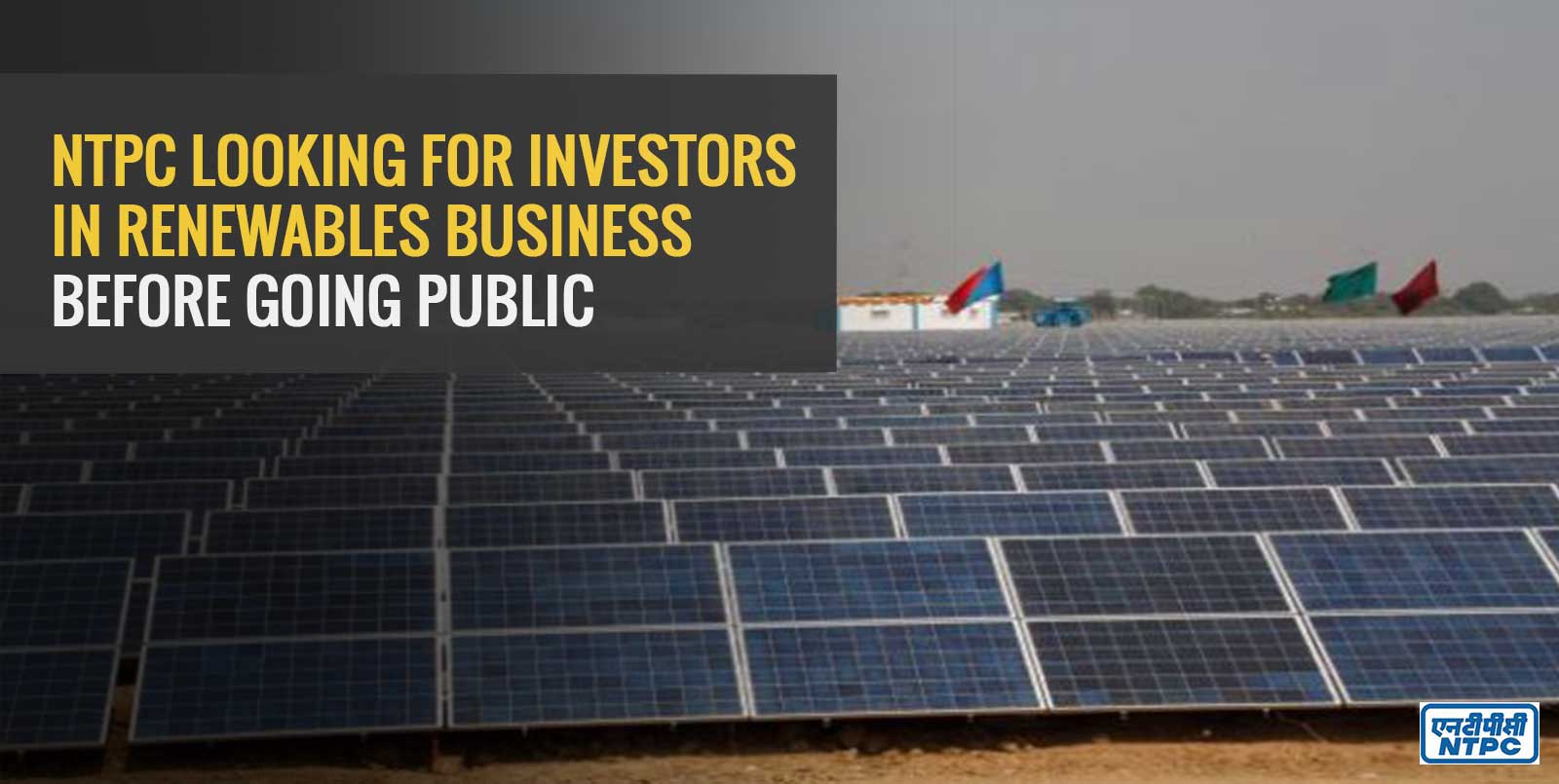 A Close Look into the Matter

According to officials aware of the developments, NTPC intends to begin ‘global roadshows’ to find investors for NREL. It will begin looking for a partner from April 2022, which would help increase the value of its IPO.

India is still highly reliant on coal for power generation and is the third-largest emitter in the world. With the aim to reduce dependency on coal, the government aims to ramp up its power generation through renewable sources by four times within the next decade.

NTPC has doubled its target for clean power generation to 60 gigawatts by 2032. Experts suggest that NREL will require significant equity money in order to meet this target, and bringing partners on board would be quite beneficial.

A senior executive states that the company is open to various kinds of investors- domestic or international energy firms, financing companies, energy utilities and others. However, the investor needs to have the financial backing to match NTPC’s ambition of 69 gigawatts.

NREL is currently working on its mega solar power project in Khavda of Gujarat. This solar power park is one of the most ambitious renewable energy projects right now. It would have a capacity of 5 Gw of solar energy generation.

In addition, it is also planning to invite interested entities for setting up a 15 Gw solar module and cell manufacturing unit. The company has announced plans to set up India’s first green Hydrogen-based energy storage facility at Simhadri.

NTPC is also interested in exploring ways to generate clean energy from green methanol and green hydrogen. As per reports, it is looking to pilot a green hydrogen production project at Vindhyachal thermal power plant in Madhya Pradesh.

Follow Angel One blogs to receive updates and tidbits about IPOs, the stock market, and investment.

The total installed capacity of NTPC right now is 66 Gw. Of this, thermal power generation accounts for 61 Gw.

NTPC Renewable Energy Limited was set up in October 2020.