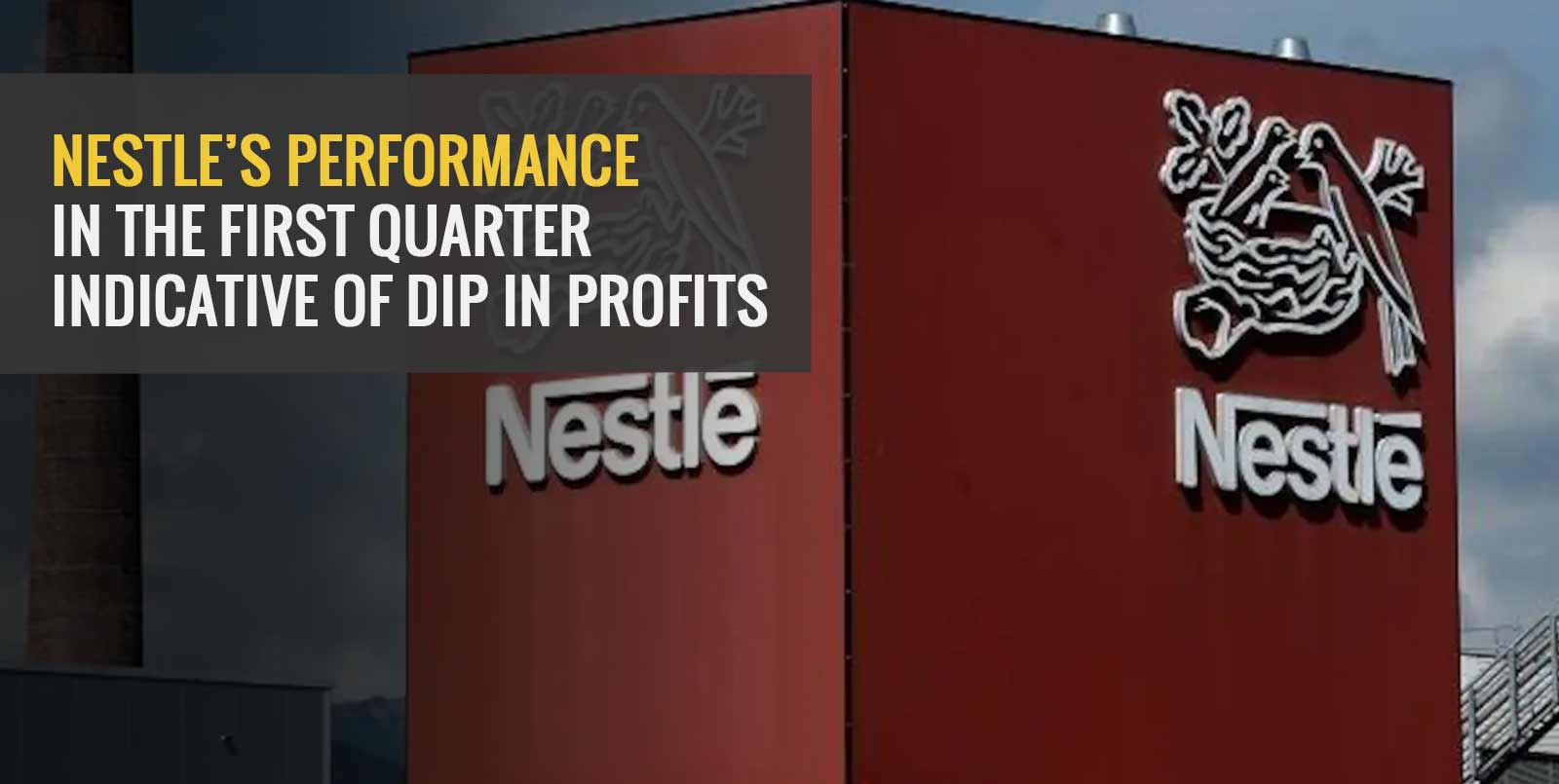 Thursday saw Nestle India announce that its net profit had shrunk by 1.25 percent when looking at its year-on-year earnings. This is evident from the fact that its YoY amounted to INR 602.25 crore in the March 2021 quarter which lies in sharp contrast to its 2022 YoY earnings that amounted to INR 594.71 crore in March this year. This holds true despite the fact that Nestle’s revenue drawn from operations saw a 10.24 percent year-on-year hike such that there was a rise from INR 3,610.82 crore to INR 3,980.70 crore in the most recent quarter. At present, Nestle’s profit is estimated to amount to INR 610 crore.

The food and drink processing conglomerate announced that its sales growth within the country was broad-based and is primarily driven by mix and volume. Alterations made to its product mix have impacted its export sales which dropped by one percent owing to these changes.

Nestle India also made clear that alternative streams of its revenue also shrunk due to more modest average liquidities which were only partly offset by greater yields. When looking at Nestle news though, the company has managed to achieve domestic sales that were in the double digits and are indicative of its volume and mix. These figures point to the company’s strength in terms of its brands and the fact that they resonate with consumer desires. Furthermore, it is indicative of the resilient nature of the Nestle India team as well as its partners. When assessing Nestle results for quarter one it is also important to bear in mind the fact that critical raw and packaging materials are presently experiencing 10-year high prices.

Quarter one has witnessed a surge in costs that have directly impacted the profits the company is able to derive from its operations. It is more than likely that inflation will continue to persist over the short to medium term. Provided that Nestle is able to incorporate its strategies of scale, pricing, mix, and efficiencies strategically, it will be able to withstand the current turbulence that plagues the market and has impacted its net profit.

Also worth noting is the fact that Nestle’s e-commerce participation has continued to grow as is evident from its 71 percent surge in participation which has contributed to 6.3 percent of its sales within the country. A spokesperson for the company went on to announce that the company would continue on in the same vein and would utilize e-commerce to its advantage. This would be done with the aid of customization, efficient communication, speed, data analytics, and insights pertaining to their consumers.

If we were to look at raw materials whose inflationary prices were particularly difficult for Nestle to digest, prices of dairy and edible oil become pertinent as does the price of wheat. In order to offset inflationary prices, Nestle imposed price hikes within the range of 9 to 16 percent that are visible in Nescafe, milk-based offerings, and Maggi during the first quarter.

Areas that the company felt were impacted included its Maggi sauces as well as its Maggi Masala-Ae-Magic which saw a dip as there has been a slow-moving shift for most households in terms of moving from in-house cooking to out-of-house consumption. This is owed in large part to the fact that schools and offices have begun to open up in the past quarter. Milk products by Nestle were reported to face challenges arising from the company’s competitors. That being said, Nestle Much and Kitkat witnessed double-digit growth.

It is worth noting that on the eve of World Earth Day Nestle India has made the decision to partner with 7000 Indian dairy partners in order to help them adopt environmentally just practices such that their enteric fermentation declines and feed management, as well as manure management, improves.

If you are interested in being aware of business news and would like to follow the markets, consider visiting the Angel One website with frequency. Here, you will be able to determine what the Nestle share price is as well as the share price of other companies that interest you. Head on over to Angel One such that you can open your Demat account and start trading today.