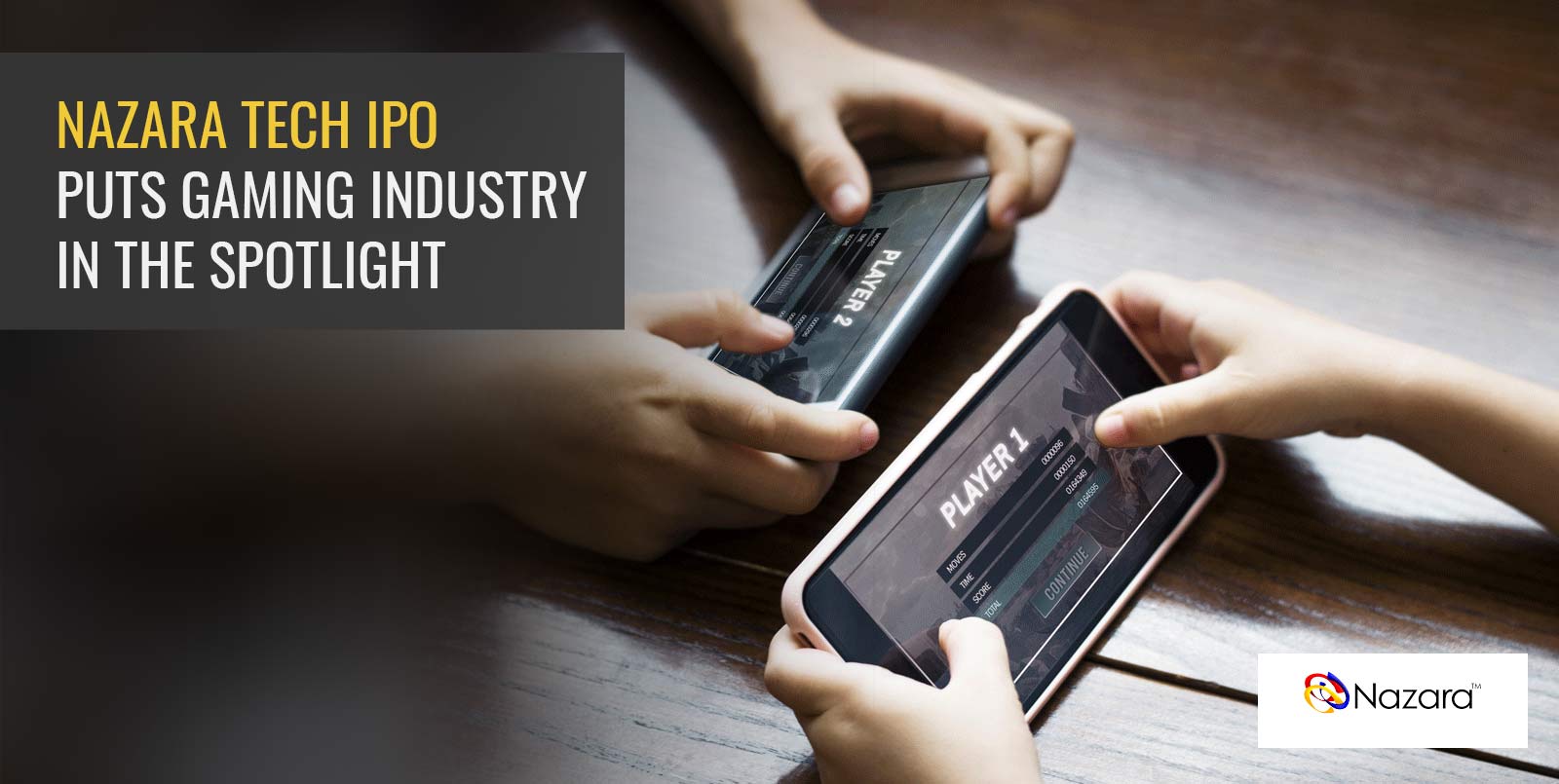 Nazara Technologies has just sold its Rs 583-crore initial public offer (IPO) between March 17 and 19. What has made experts and the gaming world sit up and take notice is that this is the third-highest subscription ever for an Indian IPO with an issue size that is more than Rs 200 crore. Also, the IPO was subscribed 175.5 times, registering a spectacular reception.

The biggest bidders for the Nazara Tech IPO were high net worth individuals (HNIs) with subscriptions of 390 times while the retail quota received 75 times subscriptions. Qualified institutional bidder (QIB) subscription quota was 104 times. The IPO was in the price range of Rs 1100-1101 per share. The premium for Nazara is at Rs 750, as of March 23.

What makes the IPO significant is that Nazara Tech is the only Indian gaming company to list on Indian exchanges. It is also important for the gaming industry in India as it is the only company to have IP rights for a range of domestic and international eSports. The diversified gaming and sports media platform, founded in 1999, has operations spread over a range of segments including e-sports, interactive gaming, gamified learning and telco-based subscriptions. It has a presence in over 60 countries. Some of the most famous games that Nazara Tech owns are Chhota Bheem, World Table tennis Champions, Oggy and the Cockroaches and World Cricket Championship 3, among others. Nazara Tech revenues have grown at a CAGR of 20 per cent over the FY 2018-2020 period.

The leading investors in the company include Aberdeen Standard Asia Focus, Goldman Sachs, Nomura, Mentor Capital and the Government of Singapore. The other offerings of Nazara Tech include Kiddopia (gamified early learning), Sportskeeda in eSports, Halaplay and Qunami and Nodwin, among others.

Because of the IPO, Nazara which has already taken a market leadership position with its strong revenue growth now shines a light on the gaming and gamified early learning market.

The value of India’s gaming industry is pegged at $930 and is a world leader. The country has more than 560 million internet users and is the second-biggest internet consumer. According to data, the first nine months of last year saw the country get to the top spot in terms of the number of mobile game downloads globally, totalling over 7 billion. Also, with nearly half the country under 25, the population of Indians taking to gaming will naturally rise as well. The Covid-related lockdowns meant more Indians had time on their hands to take to mobile gaming. High speed 4G Internet penetration has also encouraged young Indians to take to gaming. India’s mobile gaming industry is expected to touch a $3 billion market value, come 2023, according to a recent report.

The fact that the Nazara Tech IPO was subscribed by over three times on the first day of its issue may be a sign that investors are showing an increased interest in the gaming sector in the country. The successful listing of Nazara Tech will ensure that other players in the world of gaming will be encouraged to take the IPO route.

Also, the primary markets in India are looking attractive and an increasing number of companies are looking to take this route to raise funds and also raise their brand perception. An IPO is a route many firms take to increase investment awareness and interest in their companies. There has been a rush of IPOs in the year 2021 thus far, with companies raising a total of over Rs 14, 500 crore.  An additional Rs 41,850 crore worth of IPOs are all set to hit the markets. The excitement in the IPO markets has largely been because of greater liquidity and good IPO listings in the country in recent times.

The Nazara Tech IPO which has been oversubscribed by 175 times in the final day call, is among the leading IPOs in the country this year. What also makes the IPO stand out is that it is the first such issued by a gaming company. The Nazara Tech IPO is bound to raise investor interest in the gaming and gamified learning segments in the country. Other players in the world of gaming are likely to be enthused by the response to the Nazara Tech IPO. Also, in the current situation, when India has seen a flurry of initial public offers, investors may look closely at players in the Indian gaming industry.