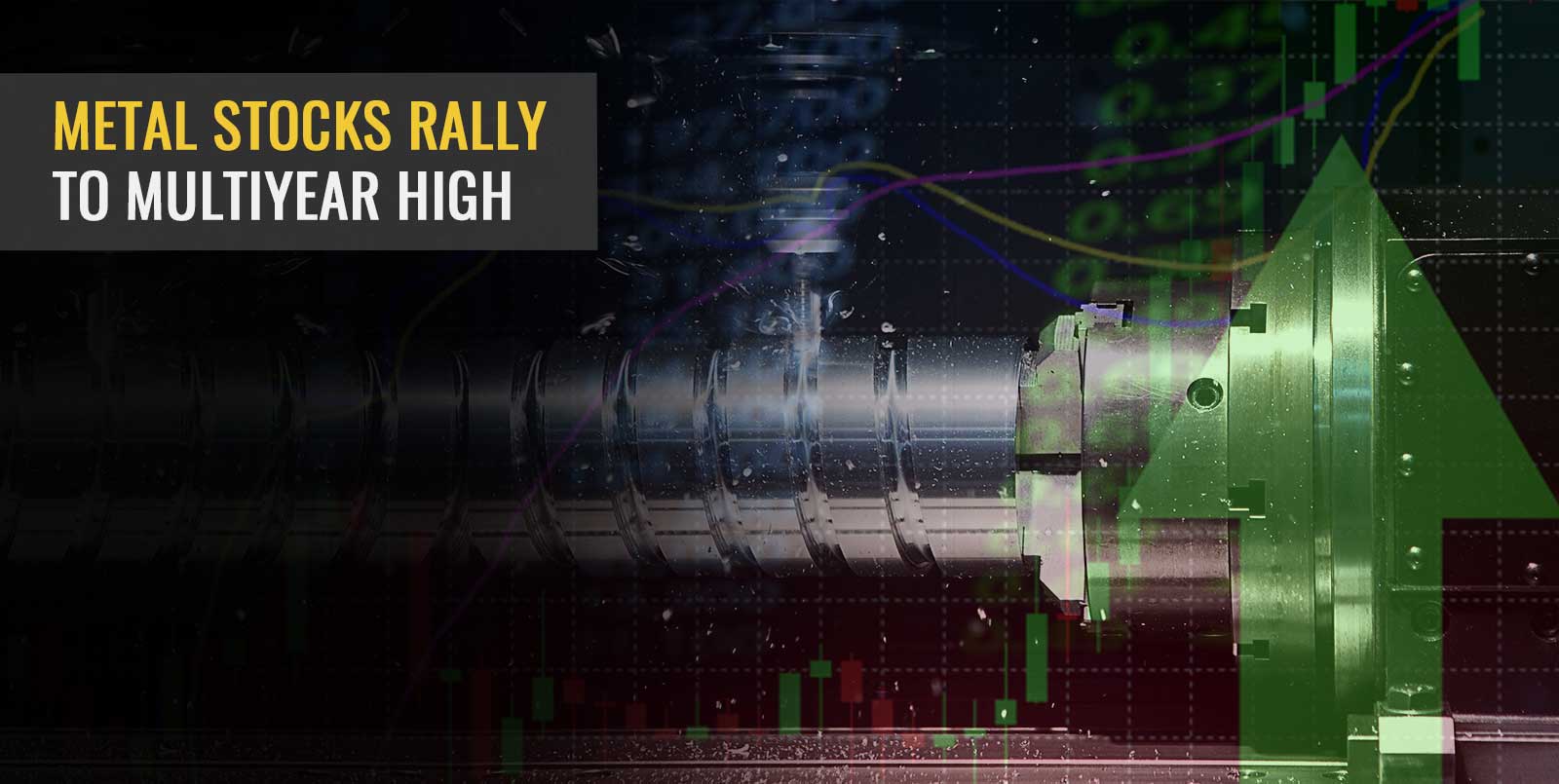 The value of a number of industrial metals has risen drastically to their highest value for the first time in the past several years. Industrial metals here include but aren’t limited to aluminum, copper, and iron ore.

Several factors have helped drive their gain in value. The most important one being that large economies ranging from China to the United States are on their way to recover from the Coronavirus pandemic. This in turn has driven their demand for additional cars, electronics, and infrastructure. U.S. President Joe Biden’s $2.25 trillion infrastructure package has aided this in part. Additionally, there is an increased demand for solar panels, wind turbines, and electric cars which is generating worry about such metals’ shortages. This combined with pledges made at the U.S. climate summit is fueling such concerns. Metal prices are soaring as a result.

When considering aluminum, its value lies in the fact that it is used in several key industries including construction, packaging, and transport. Its stock price reached a three-year high. This was due to concerns about supplies from China. The Chinese authorities are homing in on polluting industries. While much of the electricity in China has been fueled by coal, 30 to 40 percent of it is fueled by aluminum smelting costs. Since China is now going to move away from coal-powered electricity, aluminum’s usage is likely to rise. This combined with falling inventories of the same are driving up stock prices.

Moving on, copper is a critical metal as it is used in anything and everything ranging from electric wiring to motors. Since industrial operations have witnessed an upturn the world over, copper’s value on the stock market has witnessed its highest level in the past 10 years. This has been fueled by heavy demand, scarce stockpiles, and a lack of immediate big mew projects lined up. earlier this week, its value rose by 2% to $9,398.50 a tonne in official trading on the London Metal Exchange (or LME). The fall in the value of the dollar has made metals less expensive for non-US buyers.

As for iron ore, its stock value has surpassed its February 2011 high of $US188 per tonne and could very well reach $US200 per tonne. Iron ore prices are expected to continue to rise as long as steel mill margins in China remain elevated. Chinese steel plants are presently using $US780 per tonne in order to reinforce their bar product. This is used in construction projects ranging from bridges and buildings to infrastructure. The rise in the stock price of iron ore is indicative of a 12-year high. Low inventory of the same in China has further compounded an upward rise in prices for steel products. These include rebar and hot-rolled coil.

Palladium too has witnessed a rise in its stock price with a climb of 15% in 2021. Its rise in price value is owed in part to stricter environmental standards. These have resulted in automakers demanding more palladium supplies which they use in pollution-control devices that are used in their vehicles. A chip shortage last year has resulted in these automakers being expected to restock their supplies in the second half of this year and next year. This could further increase the demand for palladium.

In India, steel prices have moved from approximately ₹35,000 a tonne as of last year to approximately ₹55,000 a tonne presently. When looking at the Bombay Stock Exchange’s (or BSE) Metal index, it has seen a rise of 164 percent in the past year. This is significant, particularly when compared to the 62 percent rise in the BSE 500 index.

One of the factors that are adding to supply concerns pertaining to these metals is the massive rise in Coronavirus cases in Latin American countries which are home to some of the metal mines. In Chile, the copper industry is witnessing a number of wage talks. In Peru, the leading presidential candidate seeks to alter existing contracts with mines such that a greater percentage of their profits are channeled towards communities.

Increasing consumption demands in Europe and the US aided by supply shortages in Latin America each signal a promising future for the stock prices of metals.