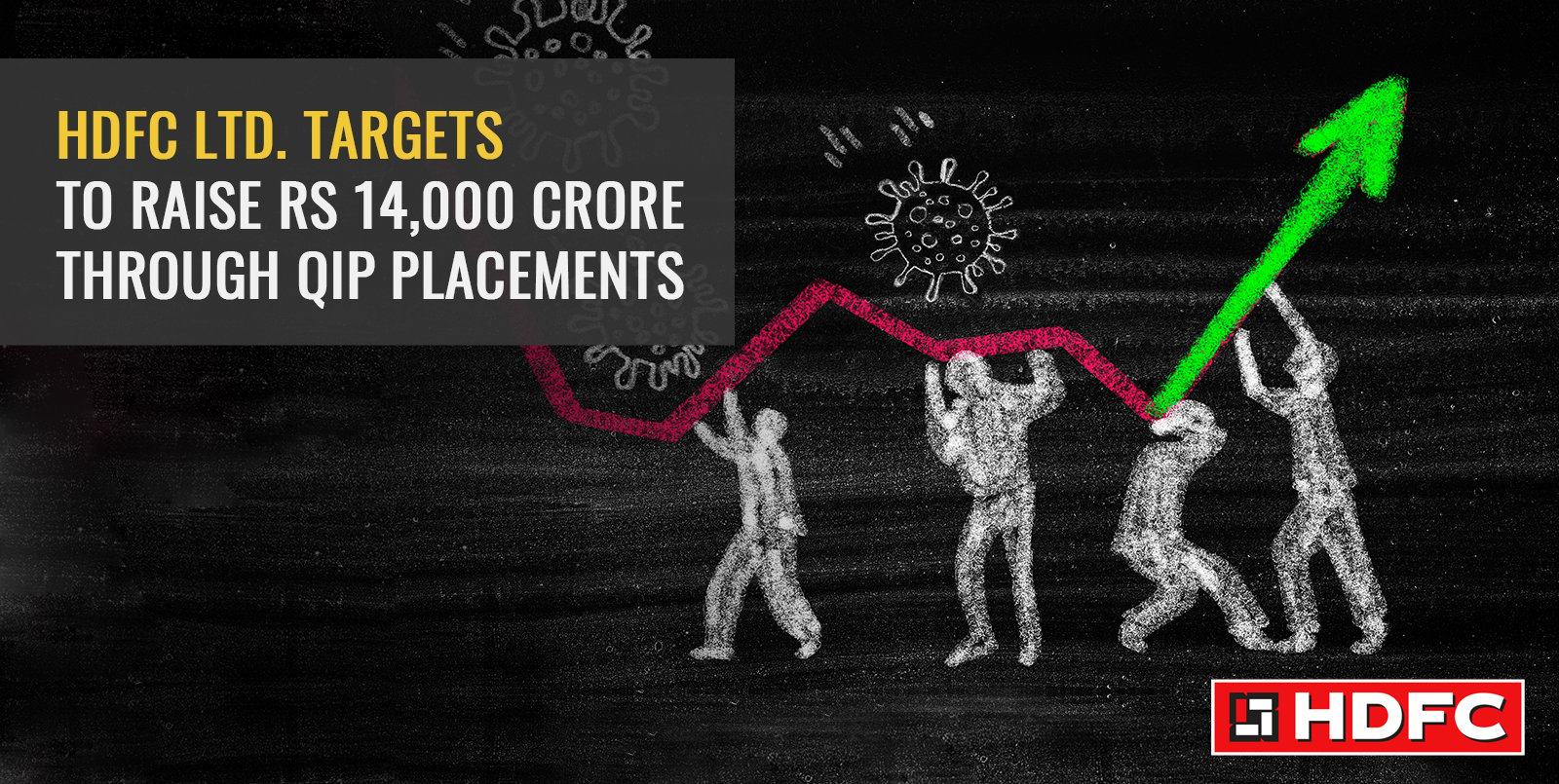 How are Indian companies planning to battle the adversities arising from COVID-19 condition? Most of them are trying to raise funds from the market to build a cushion. Walking on the same path, India’s largest private-sector mortgage lender, HDFC Ltd. launched a massive Rs 14,000 crore QIP proposal to fortify its balance sheet and meet the capital demands for any M&A.

The floor price for the QIP shares is decided Rs 1,838.94 apiece, which will help HDFC Ltd. to raise Rs 14,000 crores – Rs 10,000 crore in equity shares and Rs 4,000 crore in warranty. Additionally, the lender is also looking at Rs 9,000 crore fundraising through Secured Redeemable Non-Convertible Debentures

HDFC Ltd. has shortlisted 19 merchant banks to help it manage the fundraising.

The Rise Of QIP in the Indian Capital Market

There is a sudden spurt of QIP issue releases in India. HDFC Ltd. is the sixth company during the lockdown period to take the QIP route to raise funds from the market. On August 5, Axis Bank announced to launch QIP shares to raise funds to bolster its balance sheet, and HDFC Ltd. announced it on August 6.

QIP, which stands for qualified institutional placement is a fundraising method approved by SEBI to allow Indian corporates to raise capital from the domestic investors without undertaking the lengthy legal process that is set by the market regulator. QIPs helped Indian companies to reduce dependency on foreign investors. Amid the COVID-19 condition, several companies are leveraging QPIs to help them sail through the difficult time.

In the past several years, the popularity of QIPs has seen a steady rise in the Indian market. In 2019 companies raised Rs 30,812 crore through QIP placement, which was the second-highest in the last five years. It was also 86 percent higher than the year before. In 2020 also, eight companies so far have released QIP shares to haul over Rs 30,500 crores from the market.

SEBI allowed listed companies to sell shares, fully or partly convertible debentures, or any securities that can be converted to stocks, through QIP placement to qualified institutional investors. As for HDFC Ltd., it is the third time in the last twelve years that the company is offering hybrid financial tools to investors. It has done the same previously in 2009 and 2015.

The company said it would use the capital to fund inorganic opportunities along with building a real estate fund in collaboration with other investors to assist projects affected by COIVID-19.

As for the price of the stock, HDFC QIP floor price may get a further five percent discount – the company said in its filing. The current price is 3.5 percent premium to its previous day’s closing price of Rs 1,776.9. After the announcement of HDFC QIP launch, the company’s share price rose by 1.5 percent.