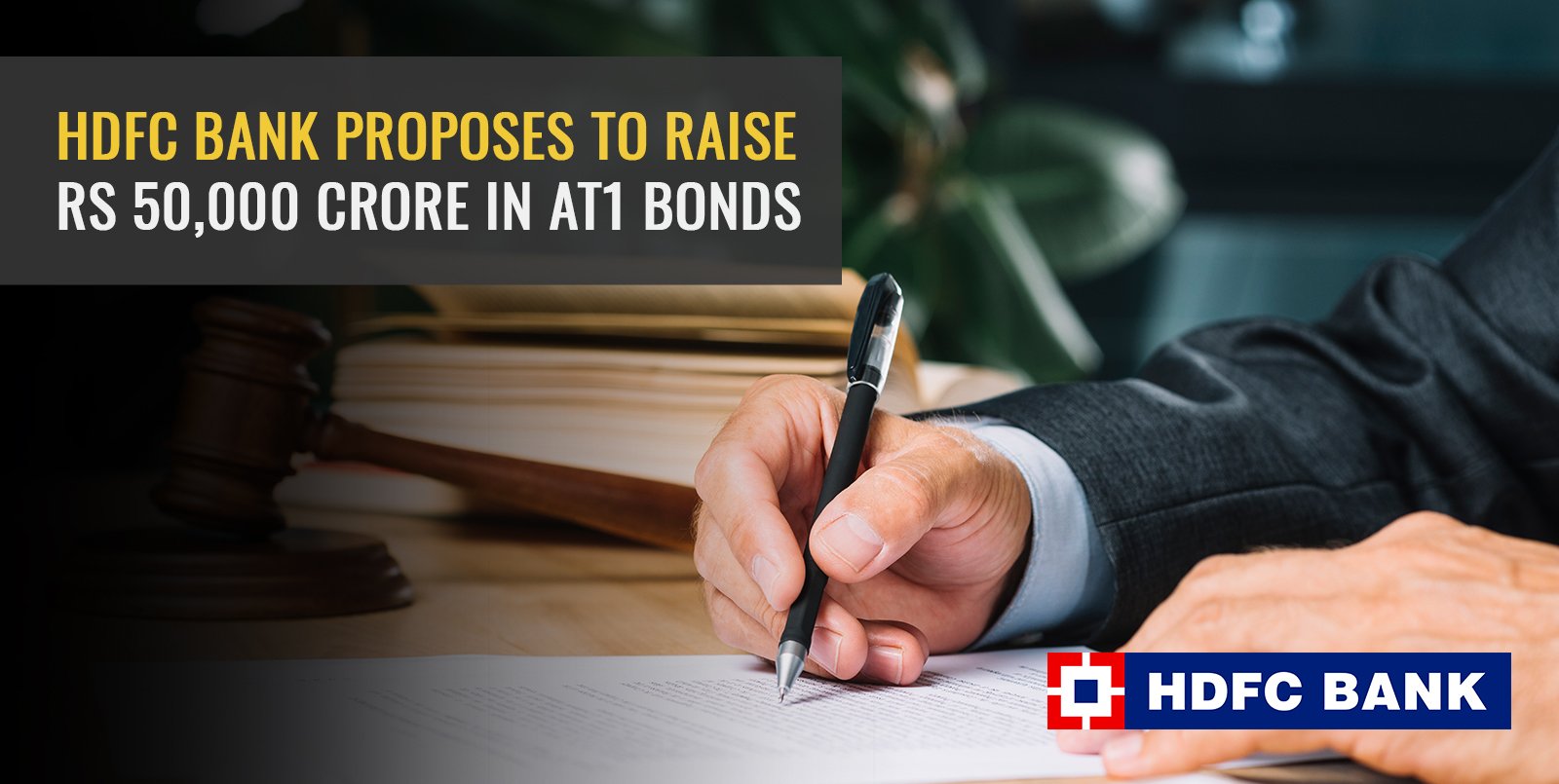 India’s largest private sector bank HDFC has expressed desires to raise capital funds from the market through AT1 bonds. It will be the first for any Indian bank to issue an unsecured perpetual debt instrument to raise funds since Yes Bank issued it in March this year after it was placed under moratorium by RBI. The news has caught the market by surprise, and analysts expect that HDFC is perhaps preparing itself to combat challenges arising due to COVID-19 condition as the pandemic is still ravaging the country’s economy.

HDFC Bank will seek shareholders’ approval in its 26th AGM Meeting next month. The bonds will be issued in several tranches to raise additional tier-1 and tier-2 capital from the domestic market through private placement.

In March 2020, HDFC Bank’s capital adequacy ratio (CAR) stood at 18.5 percent, which rose from the last year’s level of 17.1 percent.  It is a prerequisite set by the RBI for financial institutions to maintain CAR above 11.075 percent to be able to issue AT-1 shares.

What Are Unsecured Perpetual Debt Instruments?

HDFC Bank is planning to raise additional tier-1 capital consists of hybrid financial instruments issued by banks to raise funds at the time of crisis. These capital instruments are continuous in nature without a fixed maturity value.

As per definition, perpetual bonds or consol bonds or preps, as they are commonly called, are debt instruments with fixed income but no maturity date. As a result, issuers pay a lifelong coupon on these bonds, creating a stream of income for investors.

The price of these bonds is calculated by dividing the value of the coupon by a constant discount rate.

Although these are debt instruments, perpetual bonds share more characteristics with equities than with other debt tools. Hence, they have a high amount of risks associated with them.

These quasi-debt instruments aren’t redeemable as well. Investors can only sell them in the secondary market. Moreover, the issuer can discontinue paying coupons to its investors if its CAR (capital adequacy ratio) condition worsens. Because of its risk elements, market experts have sought to ban retail investment on perpetual bonds.

Perpetual bonds exist within a small niche in the bonds market. The credibility of such bonds depends on the reliability of the issuer. And hence, only financial institutions, including NBFCs and banks, can issue perpetual bonds as a means to evade a financial emergency.

The Rs 50,000 crore perpetual bonds sale by HDFC Bank will release following the norms of Basel III, which requires the issuer to meet the stated CAR requirement slab.

The issuance of AT1 bonds by HDFC has stirred the market. Earlier, there were rumors that the bank may consider funds raising of Rs 13,000 crores through share sales.

Issuance of AT-1 bonds is considered a bailout move. In March this year, Yes Bank issued AT-1 bonds worth Rs 8,415, which was highly criticised and prompted Moody’s Investors Service to call it even illegal. It was the first time that any Indian bank invoked the bail-in clause of AT-1.

It looks like the issuance of AT1 bonds by HDFC Bank is a measure to pre-empt any disaster that might arise under the current pandemic situation. The bank is trying to keep all its bases covered and building a war chest to face the worst scenario if it occurs.