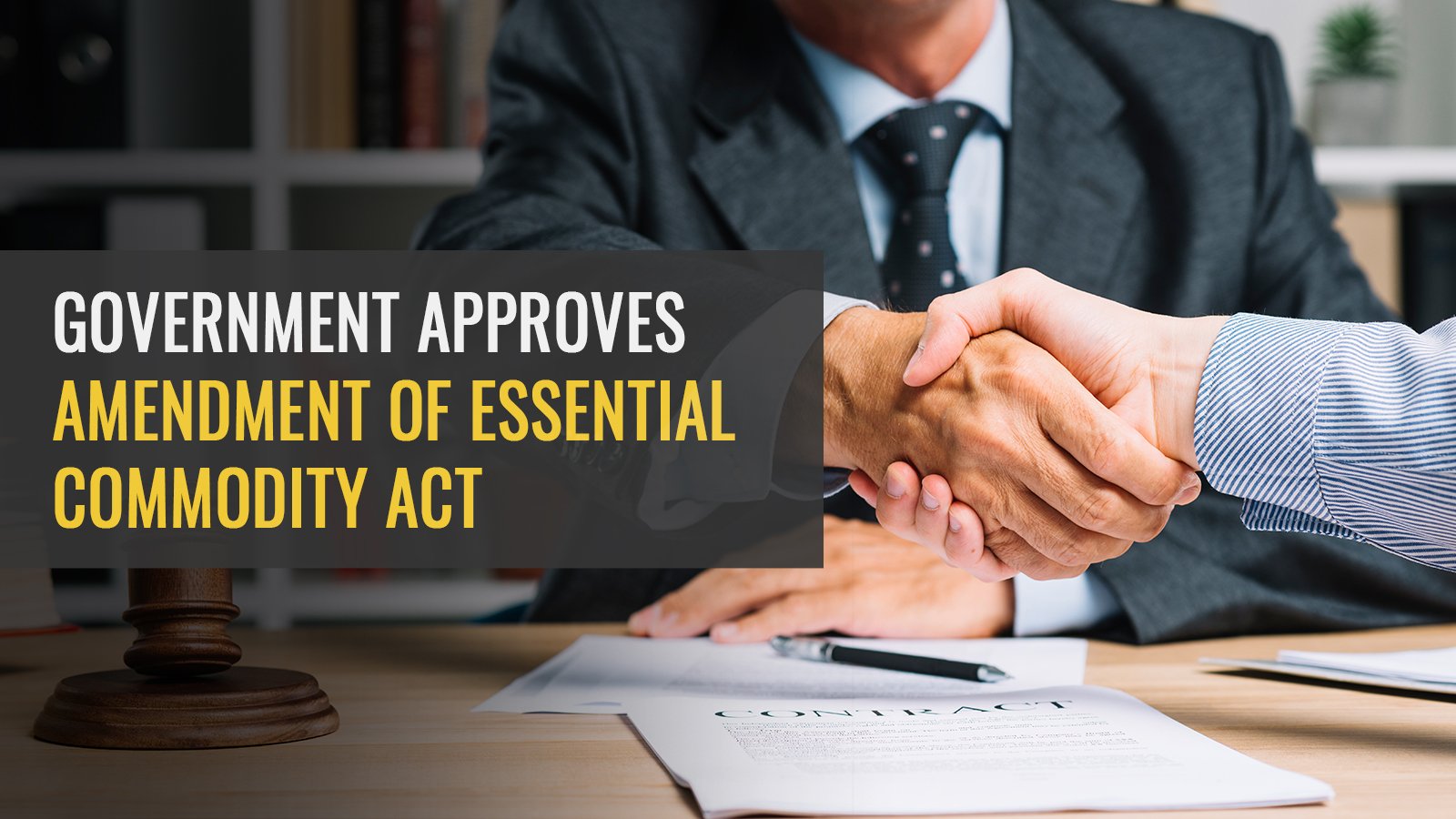 The Indian government on 3rd June approved a proposal to amend the Essential Commodity Act and removed a number of commodities from the current list. Indian Prime Minister, Narendra Modi said in his tweet that it would empower Indian farmers to leverage price advantages for their produce and elevate farm income.

It is an effort to reach out to the weaker section of the population, including farmers who are one of the worst-hit segments of the society amid countrywide lockdown, imposed to control the spread of CoronaVirus. There is growing criticism from the opposition that the lockdown is unplanned and didn’t consider what the impact will be on the unorganised labour class.

What is the Essential Commodity Act? – A background

India is a populous country with wide economic disparity. Post-independence, government concentrated on rebuilding the country’s agricultural and industrial capacity to put it in on the path of self-sustenance. With this aim, the Essential Commodity Act was introduced in 1955, which prohibited hoarding or black marketing of certain commodities, marked as essential for the living of general people. Obstructing supply of these commodities was criminalised.  And production, price, and distribution of these products were regulated by the government.

Foodstuff, fertilisers, pulses, drugs, and fuel are some of the commodities that feature in the list.  This act empowered the central government to exercise rights to limit stock-holding and distribution if there is a short supply of items leading to a price hike. The latest amendment in the Essential Commodity Act puts an end to a six and a half decade long period of regulation and free the market to act on demand-supply metrics.

The government has de-regularised cereals, pulses, oilseeds, edible oils, onion, and potatoes from the essential commodity list to allows farmers access open market rates for these products and improve their income. Addressing the media, Union Minister Prakash Javadekar said it would free the farmers from the regulation of Agriculture Produce Marketing Committee (APMC). He further added that the bill was passed when agricultural production was limited. But now since agricultural sector reform is allowing India to produce in excess,  it has become a constraint to introduce free-market policies.

Union Agriculture Minister, Narendra Singh Tomar has also welcomed the move. He stated that decreasing regulation would help farmers harness economies of scale directly and help our industrious farmers. When the ordinance will become the law, it will encourage more investment in cold storages and pave ways for modernising the supply chain.

The amendment will add a new subsection in the current version,  subsection (1A) in Section 3, that will allow the government to take the control back if there are extreme situations like extraordinary price rise, war, famine, or natural calamities of severe nature.

The latest ECA amendment suggests that the government can intervene if there is a price trigger. It will invoke if there is a 100 percent rise in price in case of perishable agricultural stuff from its immediately preceding 12 months period or an average of the five-year retail price, whichever is lower. For non-perishable items, the mark is set as 50 percent increase in price.

How the amendment will impact Indian agricultural sector and the economy

The act was placed when India’s production was far less than its consumption, and it was dependent on the import of food items. But now the situation has changed. From  an importer, India’s position has changed to exporter, and currently, it is the leading producer of many items including, wheat, pulses, fruits, milk, and vegetables.  Instead of protecting consumer interest, ECA is now obstructing investors from investing in the agricultural sector. With the amendment, the situation will hopefully change.