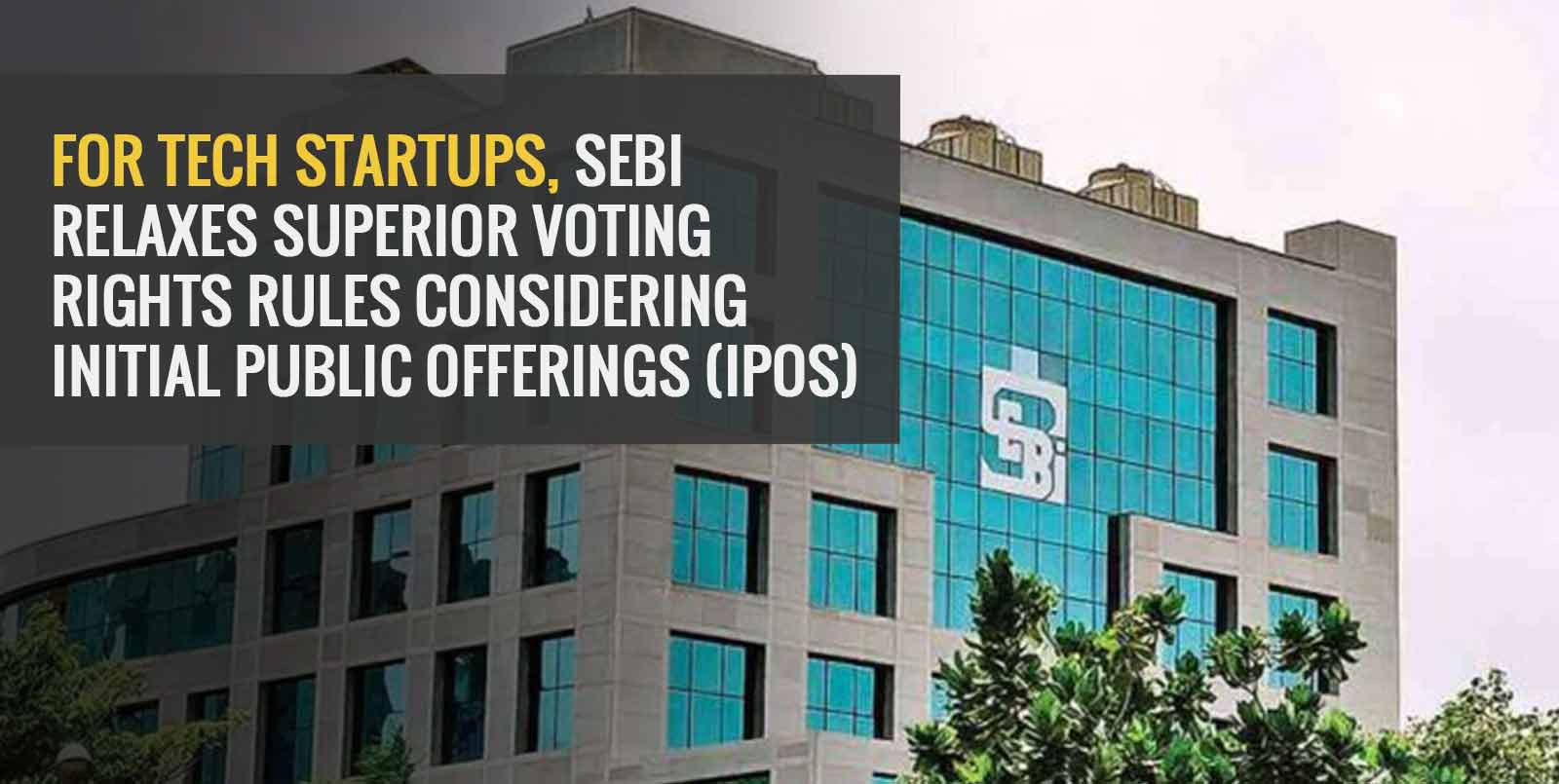 SEBI, the market regulator, stated on Tuesday to loosen the rules governing the issuance of shares with superior voting rights (SR shares), which will benefit new-age technology firms.

According to the Securities and Exchange Board of India (SEBI), promoters with a net worth of more than Rs 1,000 crore can have superior voting rights in their companies, up from Rs 500 crore currently.

In addition, the minimum time between the issuing of SR shares and the filing of the ‘Red Herring Prospectus‘ has been decreased from six months to three months.

Certain parts of the current framework on SR shares, according to market participants, are burdensome, preventing such issuer companies from raising funds from capital markets.

In 2019, the regulator adopted a better voting rights structure, which was designed primarily for issuer companies that use technology extensively. The framework allows promoters/founders who hold executive positions in the firm and want to list on the main board to be issued SR shares.

An SR shareholder cannot be a member of a promoter group with a net worth of more than Rs 500 crore, according to the present rule. “This has been amended to demand that the SR shareholder’s net worth not exceed Rs 1,000 crore as a person,” SEBI stated.

After an acquisition, the SEBI board made it simple for acquirers to delist target companies. Currently, an acquirer cannot delist after making an open offer to shareholders, even if it receives 90 percent of the shares. Because current rules require the purchaser to reduce its shareholding to 75% before beginning the delisting process, this is the case.

An acquirer can propose a higher price for delisting with a reasonable premium over the open offer price under the existing structure.

Q1. What does it mean to be delisted?

The withdrawal of a traded stock from the capital market is known as delisting. A company’s delisting can be consensual or enforced, and it usually occurs when it terminates activities, enters insolvency, dissolves, fails to meet listing standards, or tries to go private.

Q2. Do you have voting rights if you own stock?

Anyone who holds shares in a corporation has a say in how the company makes decisions. A person’s voting power decreases as the number of shares they possess decreases. Voting has a substantial impact on the value of a person’s stock.

Q3. What does it mean to have superior voting rights?

Superior voting right shares, which pay a higher dividend than regular shares, do not follow the rule of one vote per share. They allow entrepreneurs to keep control of their businesses even when new investors arrive.