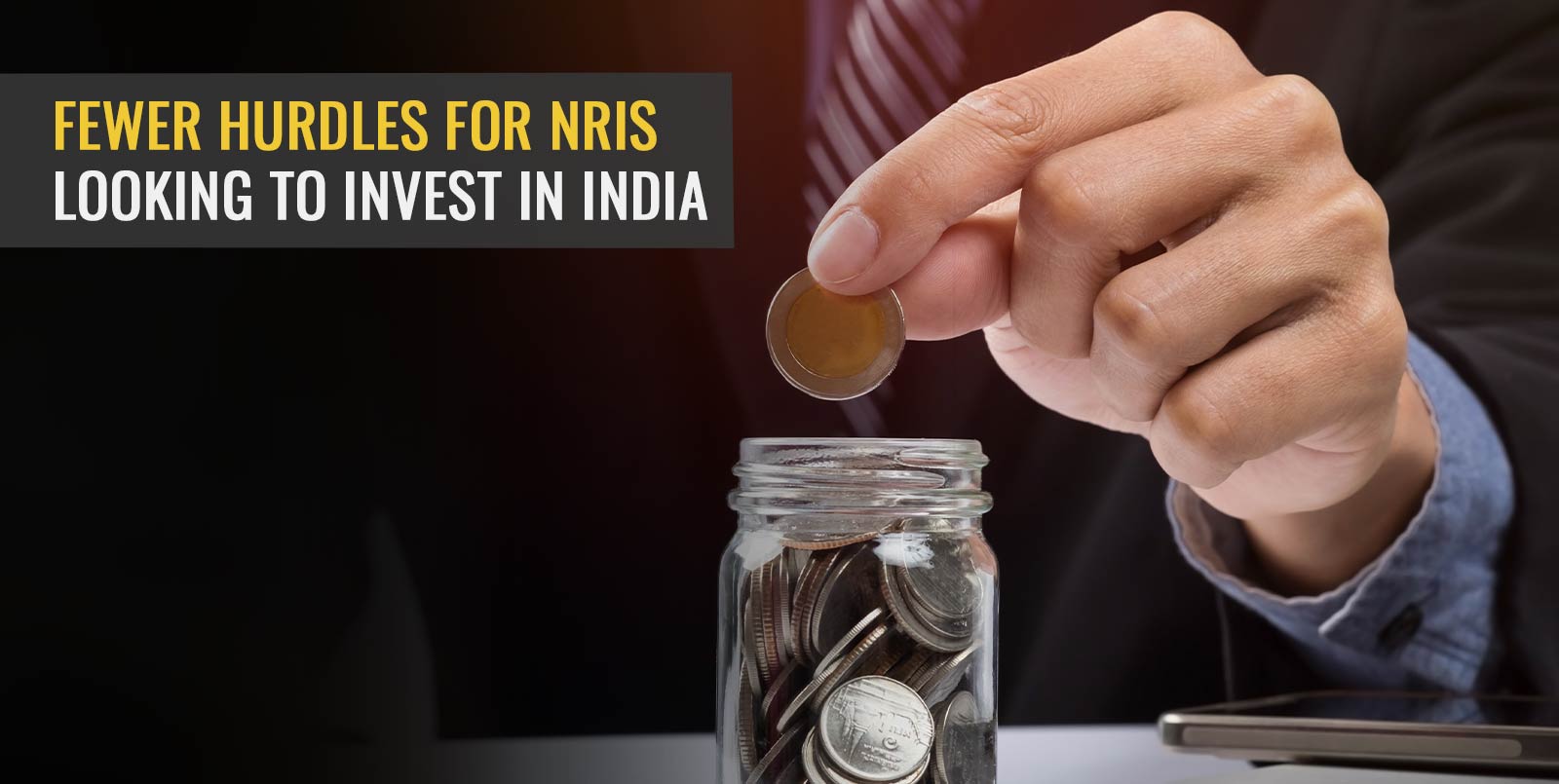 Non-resident Indians who seek to invest in India will from now on be treated along the same lines as Indian residents who invest domestically, according to new rules issued by the Department for Promotion of Industry and Internal Trade (DPIIT), under the Ministry of Commerce and Industry. The department also noted that such NRI investments won’t be factored in for any calculation of indirect foreign investment.

It may also be recalled that the government has clarified on March 19 that any investment made by a company that has been controlled or owned by NRIs on a non-repatriation basis will not be considered FDI.

Non-repatriable investments are those where there are restrictions on NRIs to easily move rupee amounts that have been earned in India to their country of residence. An NRI is allowed to invest in India on the basis of non-repatriation by making use of funds from a non-resident ordinary (NRO) bank account. According to the Foreign Exchange Management Act (FEMA), an NRI cannot have savings account in his/her name in India; an NRI has to have a non-resident external account (NRE) or a non-resident ordinary account (NRO). While an NRE account allows an NRI to remit your foreign earnings to India and get it converted into Indian rupee, an NRO account allows the non-resident to keep India-based earnings in India in Indian rupees.

Any repatriable NRI investment in India is treated as FDI while non-repatriable NRI investments are treated as domestic investment. According to guidelines until now, a company that is controlled and owned by Indian residents is an Indian company but if it violates any one of these conditions, it becomes a foreign-owned company. The new clarification doesn’t allow for different interpretations on whether non-repatriable investments by NRIs need to be considered Indian or foreign-controlled. It resolves all ambiguities by stating that any downstream or indirect foreign investment by a company that is owned and controlled by NRIs on a non-repatriable basis is not considered FDI.

When an NRI seeks to invest in India, the person would be required to mention in the Know-Your-Customer (KYC) forms about the nature of the investment; ie, whether it will be repatriable or non-repatriable. An NRI is allowed to invest in F&O, listed equity stocks, IPOs, mutual funds, G-secs, Treasury bills, listed non-convertible/redeemable debentures, NPS, or chit funds.

The other aspect that the new rule for non-repatriable investments will change is on the issue of NRIs and day trading or short selling in India. Till now, NRIs were not allowed to do take up day trading in India; any stock an NRI buys can be sold only after that stock is credited into their demat account. The process takes up to two days. With the new rule, NRIs can enjoy the same benefit or flexibility that Indian residents enjoy. The rule will be part of the FDI policy which came into effect from October 2020. Any investments made till six months before the date the new rule came into effect will be eligible for the benefit.

The new rules and clarifications from the DPIIT provide an opportunity for NRIs to explore investment possibilities on a non-repatriable basis, as such investments are now made on par with domestic investments by resident Indians.