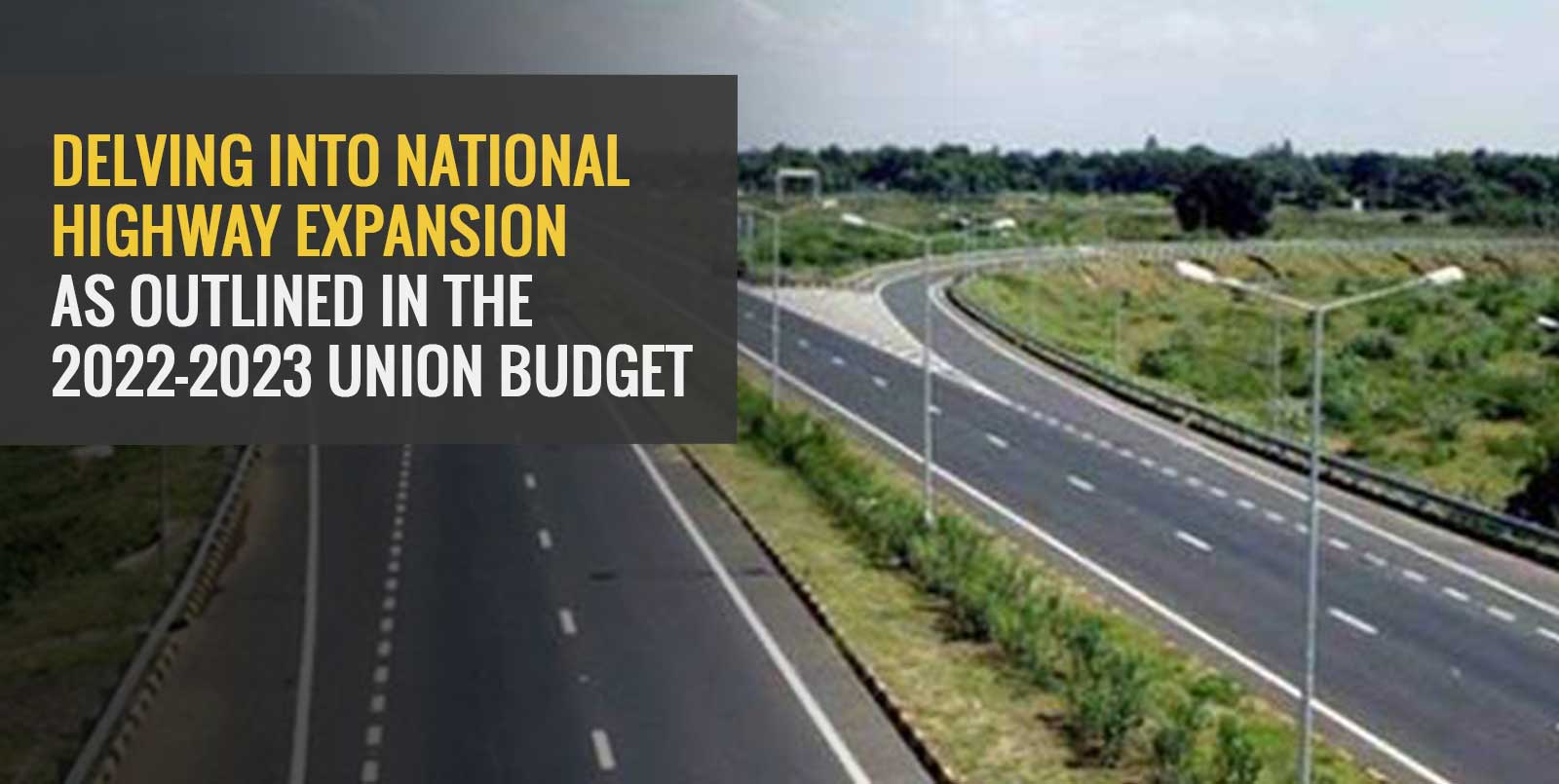 India’s finance minister, Nirmala Sitharaman on February 1st, 2022 gave an hour and a half long speech wherein she outlined the proposed union budget 2022-2023. The value of a budget cannot be stressed enough as it outlines how the government plans to impose taxes and spend its money. This year, the budget gave special attention to infrastructure and development. The initiatives and schemes introduced in the outlined budget have been designed to provide incentives to MSMEs and generate a number of employment opportunities. The ongoing pandemic has rendered several individuals unemployed and the budget seeks to offset the same while improving the mechanisms in place aimed at promoting development.

One of the key areas addressed in the budget was the national highway network that extends across the country. The proposed budget wishes to expand the same by 25,000 kilometres over the course of 2022-2023.

It is worth noting that India’s road network has increased in leaps and bounds in the current fiscal in contrast to previous years. Further, since 2013-2014, the pace at which the national highways and roads have been constructed has been consistent. In fact, 2020-2021 saw 13,327 kilometres worth of roads being constructed which falls in sharp contrast to the 10,237 kilometres of roads constructed in 2019-2020. This is indicative of a 30.2 per cent hike in construction capabilities pertaining to these roads and highways. When looking at 2021-2022, (as of September 2021), 3,824 kilometres of the road network have been constructed.

The value of developing the national highway network and the roads encompassed within it cannot be stressed enough. This is because these roads allow for the transportation of freight as well as passengers in the most convenient way possible. In fact, road transportation has been discerned to be the most cost-effective method of transportation within the country as it allows for door-to-door delivery to be carried out at a high penetration level. Road infrastructure has been widely understood to be a sharp method via which social and economic integration can occur and helps enable economic development.

What Constitutes the National Highway Network?

The national highway network is made of roads that include national and state highways along with district, rural and urban roads. Project roads amounting to over 63.71 lakh kilometres are also included under this gamut and constitute the second-largest roadways in the world. Roads located in the United States are the only ones to surpass India’s and feature 66.45 lakh kilometres of roads.

The proposed expansion of the national highway network is set to benefit the following sectors of the Indian economy in major ways.

Infrastructure – Order books or companies are likely to increase and the cement sub-sector, in particular, will benefit positively from the proposed budget.

Logistics – The logistics sector will tremendously benefit from the addition of roadways as will the container corporation of India. The movement of goods across the country will be faster.

Mr. Nitin Gadkari, who serves as the Minister of Road Transport and Highways of India tweeted about the road network master plan and the connectivity it would provide between rural and urban areas on February 1, 2022, following the budget 2022 being released.